YAB Review: “Take Me Home” By One Direction 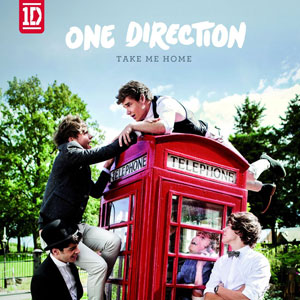 2012 has been the “Year of One Direction” according to the Huffington Post, and the boy bands’ superstardom doesn’t seem to be stopping anytime soon. The debut of their second album, “Take Me Home,” drew a record breaking crowd of 15,000 fans outside “The Today Show” and it’s poised to be one of the best-selling albums of the year. Youth Advisory Board member and Directioner Jordan Orris reviews the album below, highlighting her favorite songs and more.

What was the biggest draw? Are you a big fan?
I’ve been a fan of One Direction for a while now, and I’d been eagerly counting down the days until “Take Me Home” was released! I have a bunch of friends who love 1D too, and we’ve been looking forward to this for a long time.

I’ve been keeping up with One Direction both through their website and through their personal twitters for a while. I still have no explanation as to why they’ve become so famous so quickly, but who can resist amazingly cute guys with accents! 🙂

How did you buy the album?
I downloaded it from iTunes, as I do with all of my other music.

What were you expecting? How did it measure up?
I was expecting awesomeness, much like their first album, but I didn’t know that I would absolutely love EVERY SINGLE SONG! I’m really in love with this album. It’s phenome-NIALL! (Niall Horan joke)

Favorite tracks?
My favorite song is “Still the One” – the pop mix is danceable, and I think the lyrics about missing someone who you broke up with are relatable and cute.

The first single, “Live While We’re Young,” is awesome, catchy, and is just a good anthem about having fun!

My favorite ballad is “Little Things” because I love acoustic songs. This one is written by up-and-comer Ed Sheeran, and I love the lyrics!!

Overall? Live show?
I think this album was a great follow-up to “Up All Night” and will generally please all Directioners, and hopefully win over some Directionators (people who don’t like 1D). I’d love to hear all of the new songs played live. I’ve heard 1D is really great at entertaining, and I just heard about their new 3D movie! Can’t wait!

Jordan, 18, is a determined freshman at Auburn University in Alabama, where she is majoring in Interdisciplinary Studies, emphasizing Marketing, Journalism, and Spanish, with a minor in Leadership and Ethics. She hopes to combine her studies with her interests in politics and writing someday, and could see herself working anywhere from Seventeen magazine to The White House. In high school, Jordan was active in Speech and Debate, Class Government, and community service. She founded GVoice, the school’s first online literary publication, which receives hundreds of international hits per day, and continues to be a creative outlet for literary expression at her high school.