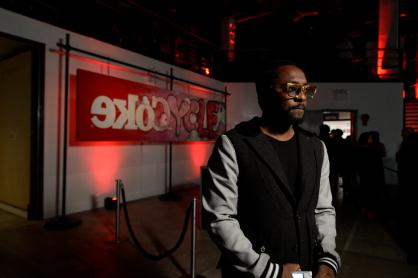 Imagine looking out at a concert venue where you just performed and seeing the space covered in trash. It’s a mess, filled with cups, cans, food wrappers and who knows what else. Suddenly, you think of all of that getting piled into a landfill. Now, imagine that being multiplied by 115 performances just on your current tour. This is a sight most big artists see thousands of times throughout their careers, but one stopped and thought about how it’s affecting our world and acted on it. At the EKOCYCLE Partner Launch, will.i.am told this story and how he was inspired to create change.

will.i.am has since teamed up with The Coca-Cola Company and other iconic brands including Levi’s, Case-Mate, Beats by Dr. Dre, and New Era to inspire a global movement called EKOCYCLE. EKOCYCLE, launched by will.i.am and The Coca-Cola Company, is dedicated to inspiring and motivating brands towards things made from recycled materials. From eco-friendly Levi’s jeans to environmentally-conscious Case-Mate cellphone cases, the initiative wants to make going green even cooler with the help of some of Millennials’ favorite brands. 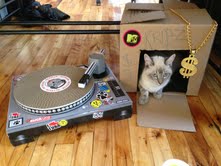 Several members of the Ypulse team attended the EKOCYCLE Partner Launch party, which in itself evoked the Gen Y spirit. will.i.am and Bea Perez, the Vice President and Chief Sustainability Officer of The Coca-Cola Company, wore Levi’s from recyclable materials. Each pair contains about eight recycled Coke bottles and other recycled plastic byproducts including a fabric woven of thread made from recycled fabric. Sod from the green carpet was donated to Materials for the Arts, The CarbonNeutral Company helped offset the emissions produced during the event, and the space featured art by famed artist Buff Monster. Millennials care about causes and it’s no longer just nice for companies to have eco-friendly initiatives or donate to a cause with coverage, but it’s something that young people are coming to expect. They want to get behind brands with a message, so that they too can make a difference.

In fact, nearly 70% of 14-34-year-olds say that they worry about the quality of the environment according to a recent Ypulse report, which highlights just how important this issue is to them. They know it’s their responsibility to protect the planet not just for themselves, but also for future generations.Moreover, if you ask most Millennials how they feel about companies that support causes, they’ll likely say it makes them more interested in purchasing a product from that brand.

EKOCYCLE has taken this attitude and is applying it in a way that reaches this audience even more. Young people are already buying Levi’s jeans and Beats by Dr. Dre headphones since these brands are aligned with their interests and lifestyle, so why not take this one step further? Offering these items that are made from recyclable materials only amplifies young people’s regard for the brands while also making a meaningful contribution.

Overall, EKOCYCLE takes things we have (like plastic bottles and aluminum cans) and makes them into something better. In doing so, it also seeks to educate young consumers who want to be involved in these efforts but don’t always know how. “Waste is only waste if we waste it,” as will.i.am stated, reflecting the power of EKOCYCLE to change the environment, as well as young people’s habits.