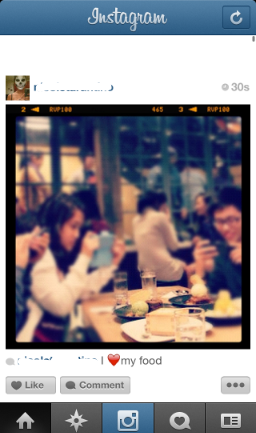 Have you ever been out to dinner with a friend or your significant other and when their food was put on the table in front of them, instead of picking up their fork, they reached for their camera phone? As TechCrunch and Instagrammers.com have pointed out, you might have an Instagram Junkie on your hands.

While Instagram is proving to be the greatest-thing-since-sliced-bread of the social media world at more than 40 million strong, it’s quite literally taking over some people’s lives. Millennials aren’t the only ones who are addicted to Instagram; brands, media channels, X-ers, and even Boomers (yes, my mom has an Instagram too!) are jumping on the bandwagon.

Sometimes it seems that the need to get that “perfect picture” and pick out the ideal filter are the most important parts of experiencing something new. I’ve seen tourists and locals alike wander into the middle of busy 34th street at rush hour, eyes fixed on their iPhone screen, camera pointed skyward to get a picture of the sun setting perfectly down the grid, or of the Empire State building lit up in red, white and blue, forgetting the reality of taxis zooming by or the bus that almost just hit them. Worse yet, they’re not even enjoying the beauty of “Manhattenhenge,” which happens only twice a year; they’re fixated on getting that validation of 20+ likes on their hashtag flooded post.

The most striking realization hit me with the recent shooting at the Empire State Building. While I only live and work a few blocks away, I was safely, and luckily, working from my apartment that day. While all aspects of the story were shocking and honestly disturbing, what really alarmed me was the fact that news anchors on almost every channel were making announcements to the “spectators” to please remember that this is real life, and when you’re on the opposite corner from a shooter, you’re not on the other side of a magic bulletproof glass. News stations were seeing pictures and videos come through by the hundreds from those people who just happened to be within a few blocks when the tragedy happened. When gunshots went off and panic hit, too many people were running toward the scene rather than away to safety. All that was on their minds was getting some footage or a picture to hashtag “#empirestatebulding” “#shooting” and “#abcnews” and be the first one to show that they were there. While we all want our 15 minutes of fame, is risking your life for social media really worth it? 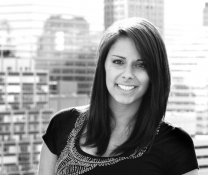 Nicole has honed her research skills and mastered online focus group moderation through managing panels for clients such as MTV and Vh1. Being a Jersey Italian transplanted into Manhattan, Nicole has a strong voice that resonates well with Millennials. Her insights into the generation stem from being a quintessential Millennial herself, and as they say, “It takes one to know one!” She is on top of what’s hot with today’s youth and is always looking for what’s next. Before joining the Ypulse Research team, Nicole studied marketing at St. John’s University and got her foot in the door of market research as an intern here at Ypulse.