A Millennial’s Experience At The Olympics 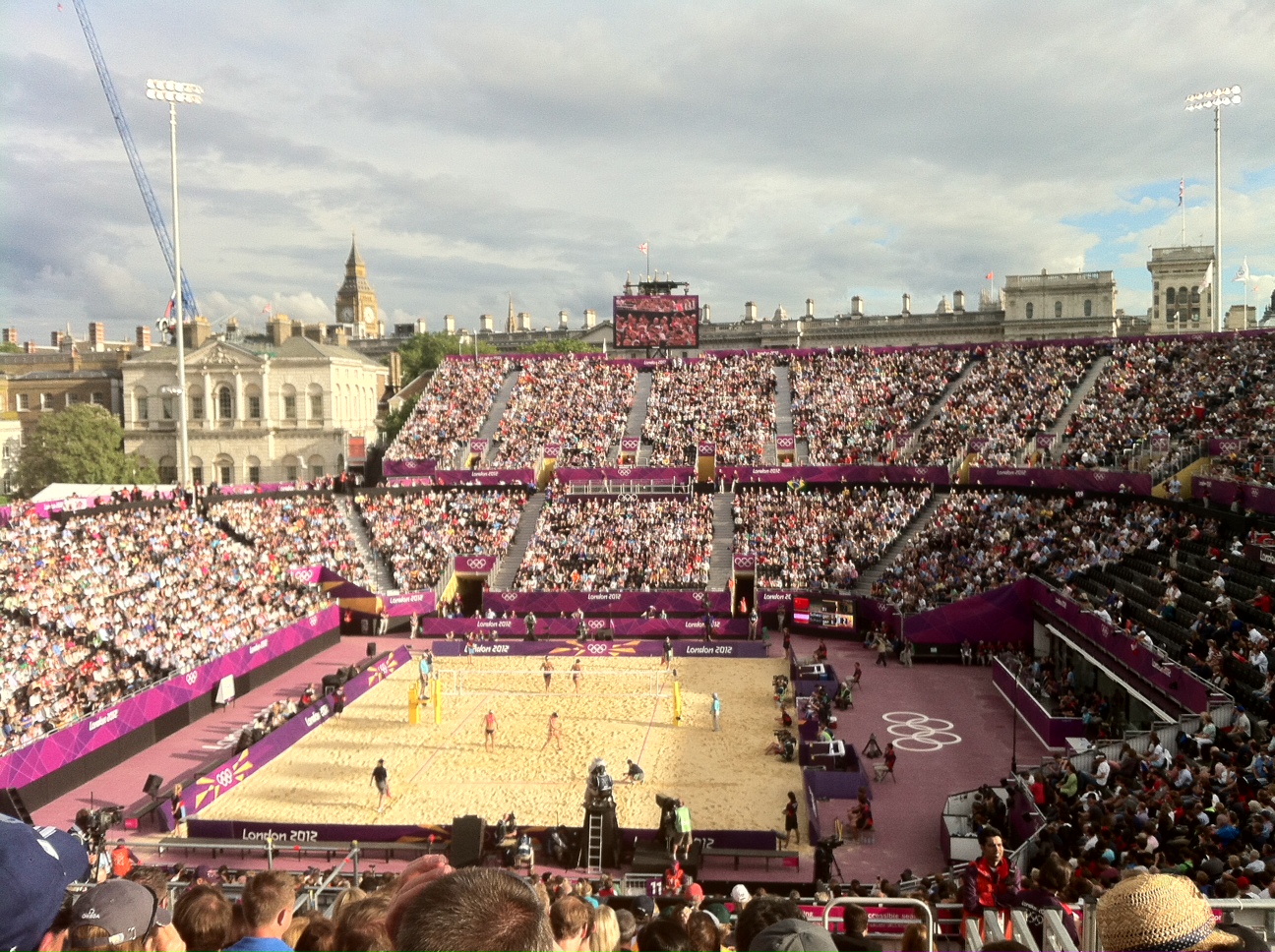 Ask any Millennial what they’re watching these days or talking about with friends and they’ll likely say the Olympics. In fact, teen viewership is up 29%, which is the highest it’s been among 12-17 year olds for any non-U.S. Olympics since 1992! This comes as no surprise since the Olympics are an epic experience and a chance to feel a part of something while cheering on one’s country. Some are even lucky enough to do this in person, as is the case for today’s Millennial contributor, Ben. He explains what it’s been like watching the Games live, visiting London, and seeing the city transformed in very youth-centric ways to celebrate the occasion. London 2012 has certainly won him over!

A Millennial’s Experience At The Olympics

I went with my family to the 2010 Winter Olympics in Vancouver and we were instantly addicted. Not only are the Olympics a great reason to travel, but the fact that so many people from all over the world come together to the same place, at the same time, is awesome.

So when London won their Olympics bid, we knew exactly where we’d be as a family in August 2012. My parents figured out how to get event tickets and we were ready: Women’s Beach Volleyball, Synchronized Swimming, Athletics, and Sailing. Between event tickets, hotel accommodations, and airfare, it’s super expensive, but worth it!

Getting around London has been a breeze. There are tons of rail and tube options and a PR campaign that convinced local residents and businesses to steer clear of Olympic venues (a little TOO well perhaps) has made London less congested than it has been for decades. And the signage — abundant, electric pink signs are everywhere. Even my father has been able to find his way around…

There are 10,000 purple-clad Olympic volunteers (the locals call them Olympa-loompas). If you’re approaching any entryway or access control point with any hesitation whatsoever, they’re quick to help and are extremely polite. Lots of British youth have volunteered with a sincere interest in helping travelers make the most of the games.

My Dad and I went to “the hottest Olympics event in London” on Sunday night: the women’s Beach Volleyball Semi-Finals. The venue was by far the most amazing part of the event. The Horse Guard Parade Grounds on St. James Park near Buckingham Palace were remade into a beach volleyball court by installing temporary stands that seat 50,000 people.

Getting there was fun; we wandered past Buckingham palace, saw the changing of the guard, and then strolled through St. James Park on a sunny afternoon in London. We were surrounded by people my age, either in organized youth tours, as athletes seeing the sites, or with their families. The excitement built steadily as we approached the event venue.

While we heard stories of security guard shortages, you wouldn’t have known it at the event. The women’s marathon had taken place earlier in the day and the police officers and event volunteers were extremely polite and well-coordinated. London police officers (bobbies), British soldiers, and event staff all looked after us as we made our way closer to the court.

One difference between Vancouver 2010 and London 2012 Olympics is the complete lack of scalpers selling tickets outside the event. In Vancouver there were throngs of people hawking tickets before each event. Not so in London where the police have vigorously enforced no-scalping rules with online sweeps and raids well before the event and heavy police presence during the events.

While the one scalper that dared to approach us a few blocks away from the event seemed fearful and uncertain, we did manage to get additional tickets to the women’s football (aka soccer) finals via an official Olympics ticket resale website.

Once we were through security and x-ray bag check, we were inside St. James Park with food stands, bathrooms, and bars erected for the event. Better than standard stadium food, there was wood fired pizza, BBQ, rotisserie chicken, and lots more. They let us into the venue an hour and a half before the first match giving us an amazing opportunity to explore the venue and enjoy the atmosphere.

Inside the stadium, the music was pumping. While the playlist was current, most of the attendees were British and noticeably older. You could definitely tell that the event was “made for television” with the cameras favoring younger faces than was actually representive of the crowd.

Our host was Zoey Hardman and she pumped up attendees via crowd engagement techniques. We did the wave, we screamed ‘Ole’ on cue, and the four sides of the venue competed to see who was loudest. The “Horse Guard Parade Dance Crew” was busting moves on the sand, causing an older British woman seated behind us to liken the event to “an American football game.”

The first match was between Chen Xue and Xi Zhang from China and the Schwaiger sisters (Doris and Stefanie) from Austria. The crowd seemed to favor Austria, but the Chinese team easily sent the sisters home within two sets.

With the first match over in 35 minutes, we took a 25-minute intermission rather than mess with the televised schedule. More snacks, food, and drink followed and we got another chance to mingle with our fellow attendees.

The second match was between American 2008 Gold-Medal defenders Misty May Trainor and Kerri Walsh-Jennings versus Greta Cicolari and Marta Menegatti from Italy. Since the crowd was largely from the UK, they favored Italy and we found ourselves cheering loudly to try to even things up a bit. The Italians were no match for the power duo from California and fell 21-13 in two consecutive sets.

After a total of four sets and seventy minutes of play, the crowd spilled out into “The Mall,” wandering off in a brilliant British sunset. The British were wonderful hosts, the city efficiently managed, and the athletes gave their best. What more could we have asked for on a summer trip to London? 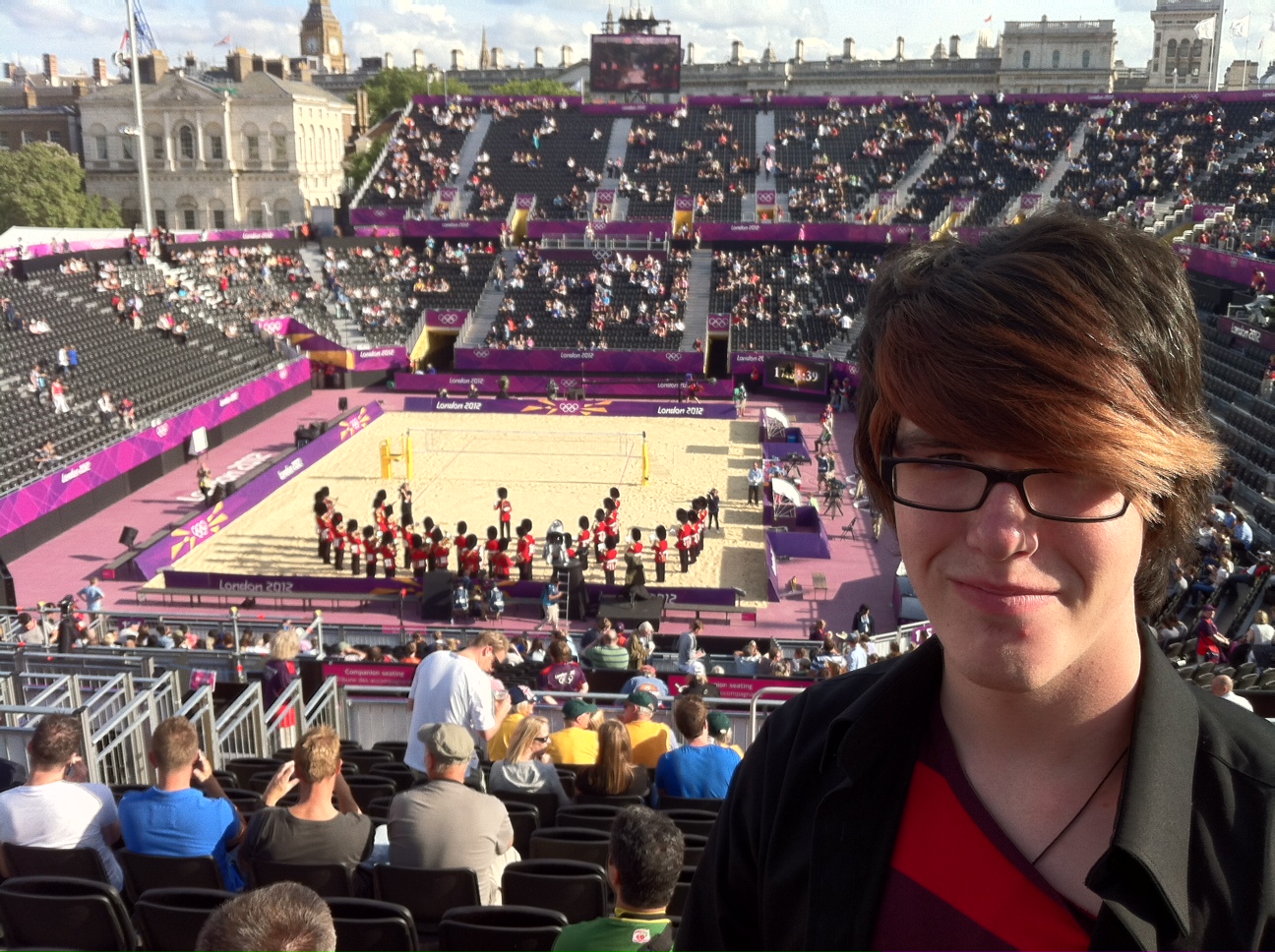 A Canadian citizen, Ben currently lives and studies in Toronto. When he’s not in classes, Ben reads books, plays video games, and travels. From a cultural perspective, Ben likes content, culture, and cuisine from the Far East, including J-Rock, Anime, Sushi, and Manga. Ben spends a third of the year in the U.S. and is fascinated by the differences between countries, whether they are as close as Canada and the U.S. or as far apart as the Canada and Japan.