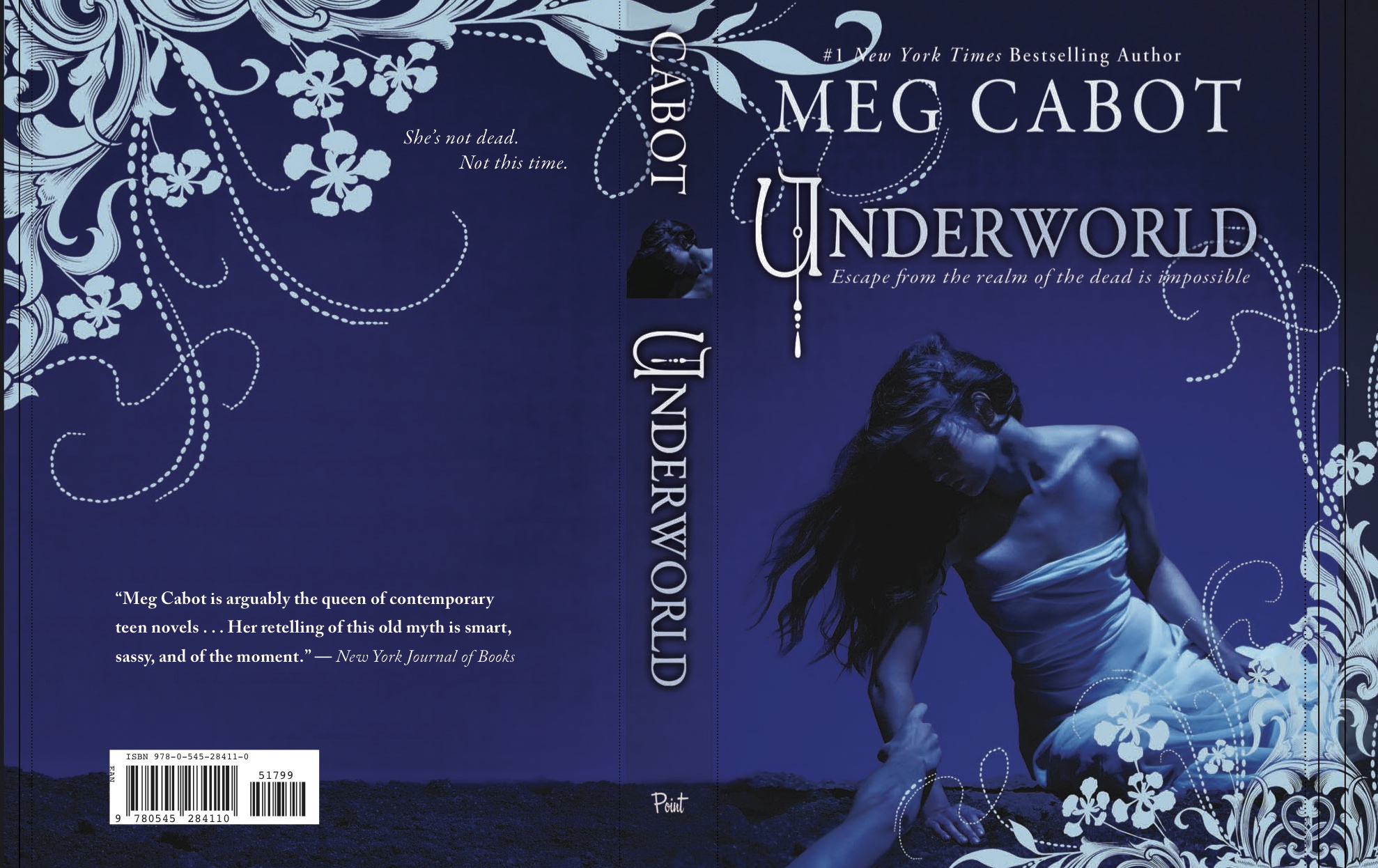 Today’s post comes to us from Skyanne, a huge fan of YA novels. She recently read “Underworld,” the sequel to Meg Cabot’s “Abandon” that explores and reimagines the myth of Persephone and Hades. Skyanne couldn’t wait to get her hands on “Underworld,” but in some ways, it didn’t quite live up to her expectations, though she’d still recommend the book. She explains below…

As a long-time Meg Cabot fangirl (I grew up with “Princess Diaries”) and a big fan of “Abandon,” the first book in the trilogy, I had my expectations set high for “Underworld.” I was anticipating more action and adventure as Pierce begins to unravel more supernatural secrets and, of course, that trademark Meg Cabot romance. I was hoping and expecting the novel to capture that sexy eeriness depicted on the cover, which is both eye-catching and beautiful.

“Underworld” begins right where “Abandon” ends, with Pierce stuck in the “Underworld” with John. Of course, she’s not exactly happy about how she left things back home, she’s hurt by the fact John forced her back to the “Underworld,” even if it is for her own safety, and when she finds out that more people she loves might be in danger (again), she’s determined to return home. “Underworld” takes us farther into the mythology related to Pierce’s hometown, John, the Furies, and the Underworld. Angry Furies plus the ruler of the Underworld trying to protect his beloved makes for a sometimes-dark but always action-packed story.

Unlike any other Meg Cabot book, “Underworld” never reached the point where I felt that I absolutely needed to know what was coming. In fact, there were times that I felt the need to put the book down as it became bogged down with details and the characters progressed from intriguing to annoying. However, the one thing that truly captured my attention was Cabot’s world-building. “Underworld” is based upon the myth of Persephone in modern-day with the novel splitting scenes between Pierce’s present-day Florida home and John’s Underworld kingdom.

As mentioned above, “Underworld” was a bit of a disappointment. While the plot itself is captivating, the romance is both unhealthy and unwarranted. John was a character that I was unable to connect with and his actions felt more creepy than sexy. Controlling relationships just aren’t cool. That said, “Underworld” is still certainly worth reading for fans of “Abandon.” Also, the phenomenal world-building alone is a reason to read the novel. With any luck, book three will be the comeback necessary to make the trilogy great!

Skyanne was the girl skipping school in fourth grade to stay home and write. Now a senior in high school, Skyanne still spends the majority of her time writing or reading. She loves traveling more than anything else and has goals to visit every continent in the world and every country in Latin America. Her second passion is volunteering and she hopes to spend time in developing countries, particularly places like Ghana and Cambodia, to work with children. Skyanne will be attending LIU Global in the fall of 2013 after taking a gap year to travel. She is obsessed with “Vampire Diaries” and never passes up a chance to fangirl over Ian Somerhalder. She writes blog posts for Scream for a Dream, runs a book review blog, and can be found on Twitter @skyvsworld or on her travel blog, Sky Around the World.