Not All Millennials Dream Of Big City Life 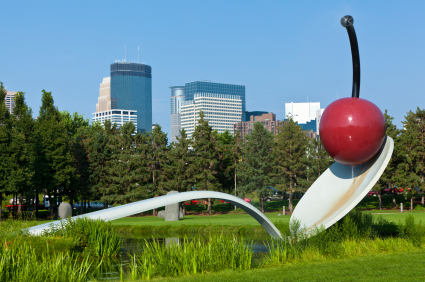 As Millennials come of age and graduate from college, they’re making decisions about where they want to live and put down roots. Watching shows like “Girls,” “I Just Want My Pants Back,” “Men At Work,” “2 Broke Girls,” and even “Glee,” one would think that all Millennials are clamoring for their chance to make it in New York City. Putting aside the idea that “making it” is really more about simply surviving in the current economy, we had to wonder if most Millennials really are thinking that life in the big city is for them, so we asked nearly 1500 Millennials about where they see themselves living. The breakdown:

While slightly more Millennials want to live in a big city, nearly as many think smaller cities are for them. Small cities have been putting in a lot of work to attract young people. There are burgeoning art scenes, green initiatives (including steps to make small cities more walkable and bikeable), revitalizations of downtown areas… In many ways, smaller cities have many of the same attractions as big cities, without the high cost. But also without the name recognition.

There’s still something about telling high school and college friends that you’re living and working in a big city, but slowly, small cities are owning certain niches of cool — music, bike culture, fashion, and more. From Portland to Minneapolis to Detroit (yes, Detroit), creative and innovative young residents are upping their cities’ cool cache, drawing even more hip 20-somethings to move there and even brag about it. What’s more, Millennials have a better chance to get noticed and make their mark in small cities — both in their jobs and in their social sphere — because the competition isn’t quiet as fierce.

Another edge that small cities have over big cities is that there’s less risk involved. In big cities there’s stiffer competition for jobs; it’s difficult to find a good apartment in a good neighborhood at a good price; and crime rates are higher. On the whole, Millennials are a risk-averse generation, taking only calculated risks. For some, the allure of making their mark on a big stage outweighs their concerns about big city life, but for others, a smaller city affords them all they need without chancing too much.