What better way to learn about youth at the Millennial Mega Mashup than by meeting members of this generation? Through the Smarty Pants’ annual tween panel and Ypulse’s annual Meet the Millennials Live Discussion we learned about what 8-27 year olds are interested in, their habits, what brands they love, and where they think companies can improve…

Kaitlyn, age 10 and in 4th grade, loves the brand Justice because of the cool clothes they sell and the journals she can write in; Lego friends because she can make buildings and it’s like an adventure; Barbie because she can play with them like they’re real people; Hello Kitty because she’s cute, and her iPod because she can go to YouTube, play games, and look up homework definitions. Her room is a mixture of Bella Thorne and Hello Kitty.

Savannah, age 10 and in 4th grade, loves Monster High because they’re different than other dolls and have cool accessories and clothes. She has a collection of stuffed animals, including a monkey, Miss Piggy, a pillow pet, and Angry Birds. She likes playing sports, including softball with her grandpa, and likes to play outside. She’s in Girl Scouts with her friends, including Kaitlyn, and likes it because it combines community service and fun activities.

Fernando, age 9 and in 3rd grade, likes to play with monster trucks. He’s played baseball, soccer, and basketball since he was younger. He has a flat screen TV in his room to watch movies and likes listening to music. He likes paintball — it’s fun even though it hurts sometimes. His favorite brands are Adidas and Nike because they’re colorful and comfortable. He likes the WWE and The Rock is his favorite celebrity.

Mia, age 9 and in 3rd grade, has decorated her own room with lamps and a TV. She likes the TV because she can watch her favorite shows in her room. She has a ferret that is “sweet and loving” even though he bites. Her favorite hobby is art, and she likes drawing pictures of animals. Her favorite book is her Illustrated Encyclopedia of Science and Technology, which she uses for learning.

Lilly, age 8 and in 3rd grade, has a favorite outfit that includes and an undershirt and t-shirt. Justin Bieber is her favorite singer, and “A Cinderella Story” is her favorite movie. She wants to be a vet when she grows up.

Jessinia, age 12 and in 6th grade, likes PacSun the most because it’s beachy and the clothes are cool, but she also likes Hollister and Abercrombie. She wants to be a female rapper when she grows up.

Stuck On An Island

If the kids were stuck on an island and could only bring three things with them, they overwhelmingly would choose technology — their laptop, iPad, iPod, cell phone, or video game system. Technology is their ultimate source of entertainment, whether it be to use apps, watch streaming video (from shows to movies to user-generated videos), or just surf the Web. The older tweens also use technology to go on social media. They like to use their phones to text, but after a while it gets boring so they just call.

Although technology was almost always the first item they’d mention, the tweens would also bring their favorite toys to play with. They still enjoy dolls and action figures to act out scenes. For Fernando, that means WWE wrestlers taking each other down, and for Savannah that means acting out scenes with her Monster High dolls.

Before they all arrived, the tweens told Smarty Pants what they want for their birthday this year. Their wish lists were clustered in three areas: technology, experiences (such as trips to amusement parks or vacations), and things (including toys, clothes, and pets). When asked if they could choose just one item, they all abandoned technology in favor of the other items. While tweens love technology, it clearly isn’t as important or enticing to them as trips, toys, and pets.

Who Do You Want To Be When You Grow Up?

Tweens rattled off the celebrities they’d like to be like when they get older. Madison, an older tween girl, wants to be like Kendall Jenner because she is pretty, rich, and tall. The younger tween girls were more in to Disney stars, including Miley Cyrus, Selena Gomez, and Zendaya, since they want to emulate their singing talents. Similarly, the younger tween boy wanted to be like The Rock because he’s famous and is a good fighter.

Insights From The Ypulse Meet The Millennials Discussion 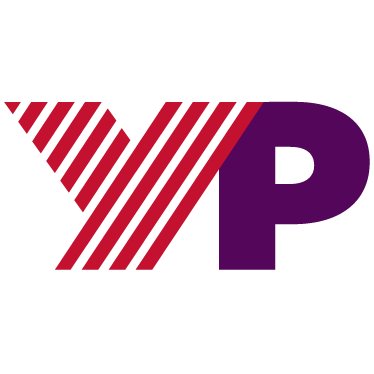 Steven, 23, is a med student in FL, but is originally from NY. He is very close with his family including his 7 siblings, and keeps in touch with them daily via texts, Skype, and FaceTime.

Shelly, 20, is a UCF student majoring in Math Education and is currently applying for Teach For America. She is very close with her family and although she is apart from them while away at college, she talks to them daily.

Jeremy, 27, just graduated from law school and has a job lined up in immigration law. He talks with his parents a lot on the phone and via FaceTime.

Marysol, 23, is studying to become an actress and is an extra in movies and TV shows. She also lives with her family and talks to her sister who is away at college daily.

Lawrence, 24, is a nuclear power plant operator. He lives on his own and unlike the other Millennials, he doesn’t feel as close to his family, largely because they are far apart.

Olivia, 24, is a social worker, who is very close with her family and lives with them currently.

When asked about their tech habits and their feelings towards technology, most of the Millennials said that they have a love/hate relationship with it. It makes their lives easier both for work/school, and personal usage (keeping in touch with friends and family), but they feel that it’s distracting and even changes the way they interact with people. Many find that when they’re hanging out with their friends, everyone is constantly texting or on Facebook, and it takes away from their time together. Some of the Millennials are frustrated by this and try to call their friends out on it, but it’s a habit everyone can’t seem to shed.

What’s One Technological Device That Your Parents Use But You Don’t?

One Millennial mentioned that her mom sometimes still uses a VCR to see old movies and family movies since she doesn’t know how to convert them to DVDs. Another said she’s shocked by how much her parents still use CDs. She finds it much easier and portable to have everything on her iPod, and in general feels like having access to what you want – whether it be music, shows, or movies – is fine and you don’t need to physically own everything anymore.

What’s One Technological Device That You Don’t Think Your Kids Will Use?

The Millennials all agreed that desktop computers will eventually be rare, if not extinct. They went as far to say that there’s no room in their lives for things that aren’t portable. Some even think that laptops won’t be useful for their children since tablets are where technology is heading.

Which Social Networks Do You Use And How Do You Use Them Differently, If At All?

The Millennials use Facebook the most for social interactions with friends and to share funny things. Some of them are sick of it, but still use it because that’s where all of their friends are. One Millennial even said, “I’m on Facebook and I don’t like it, but you wouldn’t know that by my profile.” They tend to use Twitter a lot to follow their favorite artists, sports stars, and other celebrities, and to learn about local events. Several mentioned using Tumblr too when they’re bored and to look at memes. Out of the six Millennials however, one of them says she still doesn’t have a Facebook, which is rare among people her age, but she thinks it causes too much drama. “If people are really your friends, you should have other ways of getting in touch with them.” She prefers in-person interaction and despite all her friends pressuring her to join Facebook, she’s resisted.

How Do You Prefer A Company Reaches Out To You?

When it comes to Millennials’ preferred ways of receiving updates from brands, there was some difference in opinion. Jeremy hates receiving texts from companies and he never responds. However, he like most of the MIllennials on the panel, thinks email is fine if kept to a minimum. Steven prefers brands interacting with him on Facebook since he follows all the companies he cares about. However, he thinks it would be most effective if you could “like” a company on Facebook while in their store. Others agreed that Facebook is useful and they like being rewarded with discounts or promotions, which makes them feel like they are part of an exclusive group. All six Millennials said they’re still interested in commercials, but they need to be relevant and funny, and most of all provide entertainment.

The Millennials on the panel proved that magazines are still very relevant to them and something they enjoy consuming in hard-copy. Details, GQ, Men’s Fitness and Car & Driver were frequently mentioned among the males and Cosmopolitan was mentioned by all three girls.

When asked about some of the coolest companies they heard about in the past six months, the Millennials mostly mentioned ones that are involved in social good. They like Freerice.com where you can play games and rice is donated to help end hunger around the world. Others mentioned ones where you play games and water is donated in your name. Jeremy even said that he doesn’t think Toms are the best shoes, but they are comfortable enough and the 1 for 1 campaign encourages him to buy them. They all feel that their generation is involved in social good because it makes you feel better, and it looks good, but they don’t think there’s anything wrong with it being a bit of both.

Food and beverage brands were named the most among Millennials because they have experiences and memories tied to them. Marysol says Coke is her favorite and even recalled the first time she tried it. Shelly likes Taco Bell and how they always offer new options. Several Millennials also mentioned beer brands like Dos Equis and Johnnie Walker. But as to be expected, Apple was also mentioned because it’s a brand that defines their generation and almost all of the Millennials on the panel have iPhones.

Challenges With The World They’re Entering

The conversation got a little quieter, and more serious, when the Millennials were asked to comment on what it’s like to be a member of Gen Y today and what they think of the future. They all realize it’s a tough time and it’s hard to get a job. They aren’t really sure what to do about it except be careful of their spending, try to get any experience (even if it means unpaid internships to start), and to learn new skills to market themselves. They also realize we are entering a new age of entrepreneurism and Millennials will have to promote themselves, their ideas, and build their own business if they can’t get jobs.