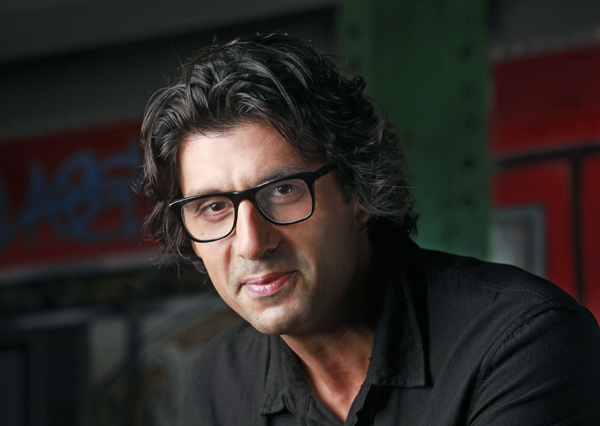 Nick Shore took the main stage at the Millennial Mega Mashup to unveil new research on “Generation Innovation.” He credited his research team at MTV Insights, explaining that he turned over much of the work to the Millennials in the department.

Since they began the research, several interesting things have happened: Kodak, a long standing business giant, went bankrupt, and Instagram, which was founded in 2010, was sold for $1 billion. Millennials are watching these things happen — it’s very exciting, and it fuels this feeling of innovation. They’re also watching the explosion of Kickstarter. There’s a maker culture that is rapidly growing. They’re seeing the rise of organizations like General Assembly, which is bridging the gap between traditional working environments and traditional education environments.

The one criticism of studying this innovative culture is that it’s on the edge; not every Millennial is doing it. And while that may be true, it represents a common tide and it is cresting.

Asking Millennials about the DNA of their generation, they responded that they are creative, self-expressive, smart, innovative, and resourceful. While we can’t quite measure creativity, said Shore, we can feel it. It’s on fire, this maker/fixer/mover culture. Nearly three-quarters of Gen Y has a desire to create things that other people love. They want to leave their mark on the world, proving that they did something, that they impacted people. They actually feel a pressure to innovate, to do something.

With the barriers to entry completely eroded, they are excited about being able to do their own thing. In talking with college seniors across the country, their final projects aren’t theoretical anymore; they look at them as real business plans that will lead to jobs. After all, they are the most educated generation in history, but when they graduate, they aren’t finding work. They need to find an outlet for their creativity and resourcefulness, and if it’s not in a traditional job that already exists, they’ll create one.

Millennials see that previous generations have broken the systems in which we live — from the economy to government — and they consider it their job to fix them. Three-quarters of Millennials believe that they are starting a movement that can fix outdated systems. As Shore explained, it’s as if they are always looking at the world through lenses that let them see how they can make it better. Detroit is a perfect example of how young people are pushing a “system reboot” button, believing that they can take the American dream, which is in ashes, and reinvent it. In fact, 70% of Gen Yers believe that creativity will save us.

The idea of failure is different; they see it as a step along the way to success. It’s not as painful to fail because they can simply call it a beta test. There’s an idea that they should fail faster and get on with it.

Shore shared a number of ways that Millennials are pushing the boundaries, trying new things, sometimes failing, but always learning — from Kickstarter projects to school projects that they bring into reality.

On a smaller scale, they’re also doing “life hacks.” They get together and try to sort out a problem and find solutions. They are creating hack spaces where they can work with others and feed off each other’s passion for creativity and innovation. The goal is to make things better, one step at a time. It’s a success if they can see visible improvements even on just one small thing.

They’re taking new approaches to make this happen. There are seven ideas here: hack, hustle, bubble, beta, froth, swarm, and heart (love). For example, with hacking, they don’t see a need to start from scratch when they can reinvent or hack a problem. They hustle, meaning they have their hands in a million projects at once. To them talk is cheap, and they aren’t waiting for permission to get things done. Some 55% say their hustle is more valuable than their MBA. They don’t work a 40-hour week because they’re always working to get where they want. If they have a regular job, they also have side projects. MTV calls this “slashitude;” they’re a CEO/DJ/retail associate. Their lives are in beta. There’s always another version, an improvement around the corner.

*Ypulse and MTV Insights are having a Tweet-chat based on the “Generation Innovation” study this Tuesday May 15th at noon! We’ll be talking about entrepreneuralism, how Gen Y is tossing aside the traditional top-down system in the workplace, and how Millennials are positioning themselves as creators/fixers/makers, just like their heroes who embody those qualities. Tweet us the questions you’d like us to ask @Ypulse and we might include them in the chat! Follow along and tweet using the hashtag #GenInnov