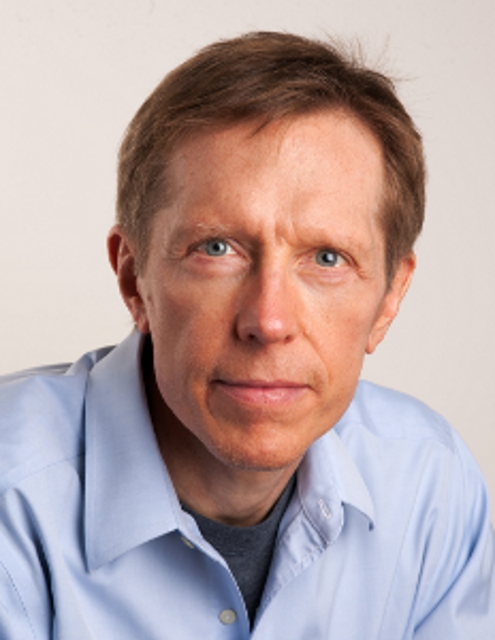 Attendees at the conference got a fresh understanding of Millennials from the perspective of generational theory through a Q&A with the man who named the generation, Neil Howe. The conversation ranged from their traits and the question of whether they are a narcissistic and entitled generation to how companies need to adapt to reach them. Speaking of adapting, Kate Robertson, Co-Founder of One Young World and Group Chairman at Euro RSCG, spoke about how her company has changed to address this new generation and how it is listening to them through a summit that brings together Millennials from across the globe with corporations so they can better understand each other.

An Interview With The Man Who Coined The Term “Millennial”

Dan Coates, the President of Ypulse, interviewed Neil Howe of LifeCourse Associates to better understand Millennials, where they fit into American society, and what’s in store for them.

Dan Coates: Why did you decide on the name Millennials?
Neil Howe: We figured this generation would be the high school class of 2000, and this was going to be a big time. There have been post-awakening generations before in American history, but this generation in particular was important. They were protectively raised, are treated special, exhibit attributes of being a team player, are pressured to achieve, confident about their futures and community oriented. But amid all of this, they’ve shown a decline in risk taking.

DC: And all of these trends that people were seeing in the early 90s have proven true about Millennials. What are you seeing about this generation?
NH: Generations go through four turnings. The first is a post-crisis period; the second is the great awakening; the third is a post-awakening in which institutions are discredited and individualism is celebrated; and the fourth is a remaking, but instead of the inner world, focusing on the outer world. We’re currently in the third turning and in looking closely at what’s happening to younger kids, among them is the idea of increasing immigration into the community and increasing happiness and well-being as they spend time with their parents.

This generation is sometimes criticized as being “generation me,” focused entirely on themselves and being narcissistic. But this is far from the truth. Narcissism means being increasingly violent, taking risks, and being isolated from peers and family — all of which are the exact opposite of what we actually see with Millennials. Mike Male, a professor at the University of California has said that if this is narcissm, give us more of it.

DC: You identified seven core traits of Millennials (special, sheltered, confident, team-oriented, conventional, pressured, high achieving); is there an opportunity for an eighth core trait about MIllennials?
NH: They are very family-friendly, and we didn’t fully realize the extent to which this would be the case. One of the most remarkable things that has happened to youth is that the value gap between parents and kids has completely disappeared. Parents and kids listen to the same music, watch the same movies, and talk about deep things in their lives together. There’s a huge weakening of the intensity of wanting to leave home since Millennials are so comfortable with their parents. And a large share of Millennials say they want to live near their parents when they move out.

Moreover, there’s an iPod overlap between Millennials and their parents; they have 30% to 40% of the same songs. Yes, there are things like helicopter parents, parents who come on job interviews with their kids, but it’s a positive thing that their relationships are getting closer.

DC: What should the generation younger than Millennials be called?
NH: There has been a lot of discussion around this next generation — they’ve been called Pluralists, the Homeland Generation, Next Gen, Gen Z, etc. They were born around 2004-2005. But names of generations usually aren’t decided until they are older, when they enter adulthood. But this generation is one that will remember nothing before the election of Obama or the financial meltdown of 2008. They will likely be similar to the Silent Generation. One thing is for sure – they are growing up with hands-on parenting, with families doing everything to make sure kids are happy; their sensitivity is stressed.

DC: As Millennials become parents, how do they differ from parents in previous generations?
NH: There’s a greater share of Millennials who are unmarried but lots of co-habiting couples. There are fewer Millennial moms who are alone and having kids. They are still supportive of the idea of the family, but just not as focused on marriage. In terms of attitudes, the first wave of Millennial moms are really into being moms. They take pride in being able to organize things for their families.

DC: Parents are more and more involved in Millennials’ lives. How does this translate to the college and the work place?
NH: Parents have accompanied Millennials in every institution — K-12 and as they reach college, parents are still very involved. At many schools, parents are part of freshman orientation as schools educate parents about how their university will continue to raise their kids. It’s a joint effort to bring the child into adulthood. Schools try to channel the parents’ energy because they know it’s there. After all, Millennials call their parents on their cell phones every day. The Army and Air Force are positioning themselves the same way; the Army’s new messaging to parent is “You’ve made them strong, we’ll make them Army strong.” Its’ the idea of continuing to help children and making parents part of the process.

Companies could embrace this. If you’re an employer and don’t want this involvement, you’re missing out on the best and brightest. Millennials who are close to their parents are higher achievers, more creative, and more engaged in their environment.

DC: Can you predict any trends of the next generation when thinking of their traits?
NH: The unnamed next generation are very protected, kept very close to the family. In fact, the word family is used in almost all marketing towards them (family TV, family games). They are still too young to ask them about their views, but we can look at other generations of this archetype to give ideas about how they will act in the future. They are pretty well behaved, are coming of age in an era of extremely low-risk taking, and are expected to be high achievers. They seem like the Silent Generation so far.

Question From The Audience: Do you see these traits among Millennials in different markets like China or Russia?
NH: Yes, there are definitely similar traits in the English speaking world, a little bit of Russia, and definitely East Asia. All of these countries have a Millennial-like generation that’s very pragmatic, very local, into family, extremely market oriented, and entrepreneurial. In China, they are called the Peach Generation or Little Emperor. They’re totally into teamwork and are special. We aren’t seeing them doing dangerous things, and they are trying to get into big colleges and institutes in China.

Question From The Audience: What are colleges and universities doing to understand these Millennial attitudes and to take advantages of the trends to change the way they do business?
NH: It’s frustrating that colleges have done so little to retool themselves for this generation. It’s still too exclusive, too expensive, and too focused on bettering the university rather than providing the best of education. They’re focused on sports, research dollars, etc. The expense closes the gates to everyone so we’re still waiting until this system is changed into an immersive applied experience that gets students involved in actual careers, provide online classes, and get the best of education out to everyone. Even kids who are admitted to some of the best schools aren’t going there because they can’t afford it.

Kate Robertson, Group Chairman for EuroRSCG and Co-Founder of One Young World spoke about making purposeful connections with Millennials — not only in what we say to them, but in listening to what they have to say.

In this dark period of global recession, it’s easy to just focus on keeping our own jobs, rather than think about being socially responsible in our work. We’ve talked about being at an inflection point, but Robertson’s take is that we’ve already moved beyond that point, but no one has been able to codify what this new state is.

In corporate communications, we’ve moved beyond the “look at me” image movement (companies updating their logos to reflect their green initiatives for example) that was thought to bring a competitive advantage, though it was too often done on the surface and not ingrained into corporate culture. We moved into the age of damage when BP, with its green flower logo designed to improve its image, had a coastal disaster. It clearly damaged their reputations — and the citizenry took to the Web to talk about what they didn’t like, tweeting and posting pictures. If the Twittersphere can take down a 42-year-old government in five weeks, it can take down a company in a nanosecond. Social media has made true, transparent social responsibility necessary.

Millennials want to believe in corporations doing good, but they’re skeptical, so the burden is on businesses to be transparent. In a study in the U.S., UK, France, and China, 70% think they have a duty to censure companies that they feel are doing the wrong things. That didn’t happen among older generations — it took too long to write a letter. This change is scary; they can come after you and your company. They’re critical, and they feel completely empowered.

They don’t want to be talked at. That was the genesis of the One Young World Summit — they want to get involved. They’re tired of hearing that powerful summits like DAVOS don’t solve problems, so they want to make their own voices heard. And they don’t want to have corporate sponsors at their conference directing their efforts. It’s not easy to be constantly questioned by kids. But we need to stop, listen, test our own beliefs, and pay attention. This is the most educated, best connected generation in history. What could they achieve?! Thinking about what they’ve achieved in just the past 10 years, it’s mindboggling. As companies, we can look to young people, help them develop, and take the responsibility to deliver a better thing as a better corporate citizen.

Last year, the second One Young World Summit brought together corporations, including their young workers, and delegates from 171 countries. We want to bring the whole world together to work as a family, to look out for each other. When a young person from JP Morgan sits next to a young person from a project in East Timor, no one goes home the same. This year, the summit will be in the U.S., in Pittsburg (and streamed online) October 18-22. It’s time to listen.