Dispatches From The Millennial Mega Mashup: Growing Up And Family Traditions 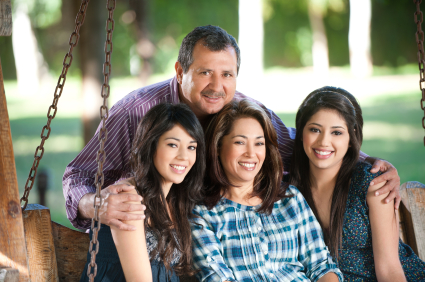 Continuing to focus on Hispanic Millenials during the first day of the Millennial Mega Mashup, the conversation shifted to growing up as a young Hispanic person in the U.S. and family tradition.

Death of the Hispanic Adult Demo As We Know It

Hispanic Millennials are culturally Latino at the core, but as they form their own attitudes and identity, they are re-evaluating the traditional Latino traits and deciding what to keep or add to their own values. Hiram Enriquez, Director of Digital Media, MTV Tr3s, Viacom International Media Networks and Nancy Tellet, Senior Vice President, Research, Viacom International Media Networks, spoke about the similarities and differences in the Hispanic Millennial mindset from those of their parents.

To do this, Ennriquez and Tellet referenced a 2011 study that Viacom conducted among 1.5 million first, second, and third generation Hispanic Millennials, with particular focus on NY, LA, and Houston, in which they texted and watched TV with Gen Yers, met their families, and spent time on Facebook with them. All of these resulted in some interesting findings about Hispanic Millennials’ behavior…

For this group, family, music, and food as the most important things in their lives. In fact, their cousins are usually their closest friends, and they talk to their extended family daily. And even though they have a great relationship with their families, their parents are extremely strict. Hispanic Millennials feel that their parents were – and still are – overprotective. Growing up, they couldn’t wear certain clothes and always had to tell their parents where they were going, ask in advance to hang out with friends, and always check in with their parents. When Millennials in this study were asked to finish the statement: “You know you’re Latino when…”, many replied “you have been spanked with the chancla” (a rubber flip flop). Yet they all said this in a loving way and can understand and appreciate where their parents are coming from. They feel grounded in good values because of it and think they will raise their kids in a similar way — perhaps a little less strict though.

Due to their close family relations, the Latino tradition of staying at home later, the recession, and the American idea of delayed marriage, they’re finding that Latino Millennials are living with their parents longer and longer. Hispanic Millennials are not asked to pay rent, but usually pay some of the bills. In particular, cable bills which means they have the decision power to choose the channels and packages they want. And what they want is to keep seeing Hispanic TV; among Bilingual Hispanic adults (18-29), 33% of their viewing is Hispanic themed content.

In terms of romance, Hispanic Millennials value old fashioned courtship. They are uninterested in online dating (they prefer face to face interaction overall, even with their friends), nor are they into “friends with benefits.” They feel like this removes the passion of relationships, and as they value relationships and family, they are maintaining these traditional ideas.

The study also found that nearly 100% of Hispanic Millennials want to be healers (doctors, nurses, lab technicians), heroes (doctor, fireman), and rescuers (teachers, social good); they want careers where they can make a difference.

In this same regard, they are adopting American open-mindedness, embracing the diversity of mixed race couples and gay couples, which is tied to the value they place on family. They are getting married later, however, they appreciate the time to get to know their spouse longer before starting their own family.


The Quinceanera And Hispanic Family Traditions

Brain Osuna, Multicultural Marketing Manager at Verizon, talked to conference attendees about the tradition of quinceaneras. Hispanic Millennials are turning the quinceanera into a multicultural celebration. The quince is a traditional party to celebrate a girl’s 15th birthday — and a few boys also celebrate quinces. It used to be a very Hispanic celebration, but now teens are inviting their multicultural friends to their parties.

The party has great meaning for the whole family. It’s a statement of arrival of the family, a display of achievement, and a celebration of their daughter entering adulthood. The family — from parents to aunts and uncles to cousins — start saving and planning for the quinceanera as soon as a couple learns they’re pregnant with a baby girl.

Coming from a wireless perspective, it’s important to market to teens, but they can’t sign contracts with Verizon until they’re 18. Still, this group controls $20 billion in spending power, and they influence $200 billion in household spending.

Verizon wants to be involved in this market, and with the quinces as a natural background, it started the My Fabulous Quince contest for girls (and boys) turning 15 to win the quince of the dreams for 200 guests with a popular recording artist. With the whole family involved in the party, it can market to the whole family. Verizon speaks to the parents in Spanish and to the teens in English.

During store events, families enter the contest by entering their information on Verizon devices — smartphones and tablets. It gives them a chance to engage with the product. Similarly, the artist mobile app encourages them to engage with Verizon’s mobile content.

The artist relationship is key for this campaign. Verizon leverages the artist’s fan base on social media to help get the word out about the contest. The artist is also on site for the Verizon campus events for meet and greets, signing autographs. It’s key that the artist not only appeals to the daughter, but also to the parents, because the parents have to be willing to drive them to the store and let them engage with the contest. Moreover, because much of the marketing for the campaign is on the radio, the artist has to have name recognition. Song recognition helps, but name recognition is more important.

The artist also gives Verizon a PR opportunity. The artist draws media attention, and the My Fabulous Quince winner is always a good story, a rags to riches story. The winners have to submit an essay talking about why their quince is important to them, how they give back to their community, and their dreams for the future.

In bringing this campaign to life, both the executives and in-store sales people had to be on board. In stores, employees wear badges and know about the campaign and can encourage families to sign up. And selling it to the leadership is key because it doesn’t have a direct tie to sales. Instead it builds a long-term relationship. Verizon leverages the contest winners, following up about how the quince changed their lives.

In throwing 13 quinces this year, Verizon saw that the level of acculturation affects the type of party girls want to have. The less acculturated want a very traditional quince — white dresses, candles, father-daughter dance — but the more acculturated basically want a big party and a concert. They incorporate fewer of the traditional elements.

Latinas in Literature: The Importance of Positive Role Models

Malín Alegría, an author of numerous YA books about Hispanic Millennials including the series, “Bordertown,” spoke about how she got into writing for this audience, what it means to be a Latina Millennial role model, and how this literature helps young people feel like they belong. Through her stories — about race, class, identity and communication — she digs into realistic teen experiences, touching on her own sentiments while growing up as a young Latina in the U.S.

Malín spoke openly and honestly about her adolescence, a time in which she felt like she didn’t belong. But on this journey to become a bilingual, bicultural worker, woman, and writer, she learned a lot about herself and Millennial Hispanics that has shaped her writing.

Feeling unwanted and ignored are typical teen experiences, but for Latino teens, this issue is magnified as they try to figure out their identities. Her book series, “Bordertown,” captures just that – a border is a state of mind where cultures clash and dominance is turned on its head, and also refers to the US and Mexican border. And in “Bordertown,” like all of her books, Malín herself opens up about her own fears and insecurities growing up.

As a girl, Malín realized there was a lack of Hispanic Latina role models in the media – including books, TV, and movies. She felt there were stereotypes of Latina women, but not role models, and this lack of connection made her feel lost. She tried to change herself to fit the molds but ultimately that made her feel even more like an outsider. However, she ultimately found a community through writing, and as a role model and YA writer, she strives to help young readers work towards a more multicultural, equal society. 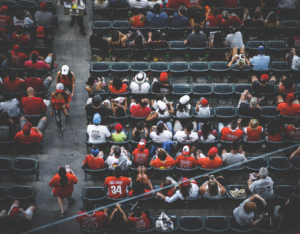 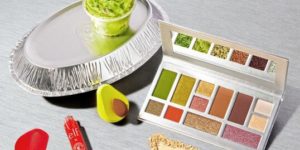