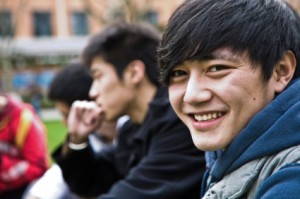 Today’s post comes to us from Bryan Spencer, a Youth Advisory Board member living and working in China. Having recently graduated college, he’s pursuing his passion of youth marketing abroad, which means he’s paying close attention to Millennial attitudes in the country. Here’s the latest installment of his “Profile Of A Chinese Millennial” series…

To contact members of the Youth Advisory Board, you can email them at youthadvisoryboard @ ypulse.com or simply leave a note in the comments.

In the last “Profile Of A Chinese Millennial” post, we talked with a 20-year-old girl from southern China. This time, we sit down with “Willing Jone,” a 28-year-old guy from the northernmost regions of China.

Comparing the two, both interviewees agree that the standard of living has increased for the population as a whole, but cite the high cost of this development, namely pollution. Both come to agreement on their pride in China’s unique history and culture — and their new love for American culture that is imported through entertainment. While the younger girl revealed her preference for high-priced luxury imports, she also thought Chinese products were good too. On the other hand, Willing is indifferent to the brand and cares more about the quality. Both also say the most difficult thing young people have to deal with today is the pressure to meet society’s perception of success, such as purchasing a house.

Where do you live now?
Harbin, Heilongjiang Province (Northeast China)

Where is your hometown?
Harbin

How has China changed in the past 10 years?
It appears that people’s standard of living has improved, but at a high cost. As more people come to cities, they are more focused on themselves and don’t even know their neighbors. Due to this migration, resources have been depleted and pollution has increased. People are less happy today compared to 10 years ago. Today, money has become a status symbol, while in the past all people needed were their friendships.

What are you most proud of about China?
I’m proud of China’s tradition, culture, and history. I studied these while at university. There are so many things, even in my research, that I can’t comprehend. The philosophies are so deep.

What do you think of American products? Like Nike or Apple? Do you like them better than things like Li Ning and Lenovo?
In my opinion, the origin of the products doesn’t matter. Whatever product is good and fits your needs is the best. Whatever your preference is, it has nothing to do with the country that it’s from.

Do you think it is more important for people to learn English or Chinese?
There is a saying, “Apply what you have learned.” You should study for practical use or for a hobby. If you learn something, but never use it, what’s the point?

What is your dream job?
To be a programmer.

Where is your dream job?
As a programmer — at home, of course!

What do you think is difficult for people your age in China?
The shift in attitudes is the most difficult. Now, people are just concerned about buying a house and getting married. There is no excitement about being young! People don’t have ideals and conviction, no personality, etc… 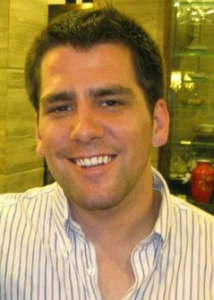 Bryan is a Kansas native, currently residing in Suzhou, China, where he works to help Western brands gain traction in the rapidly growing Chinese market. Bryan has been a contributing writer for various publications such as AOL and China Daily. Previously, he spent time at ClickHere (Chick-fil-A, Travelocity, GameStop, Amstel Light) and Archrival (Nebraska Book Company). He graduated from the University of Kansas with a BA in Communication Studies, and also attended Nanjing University, studying Mandarin and intercultural communication. Learn more about Bryan from his website or by following him on Twitter @bryanspe.