Show Your Girl The Viral List, or Pete Davidson Will 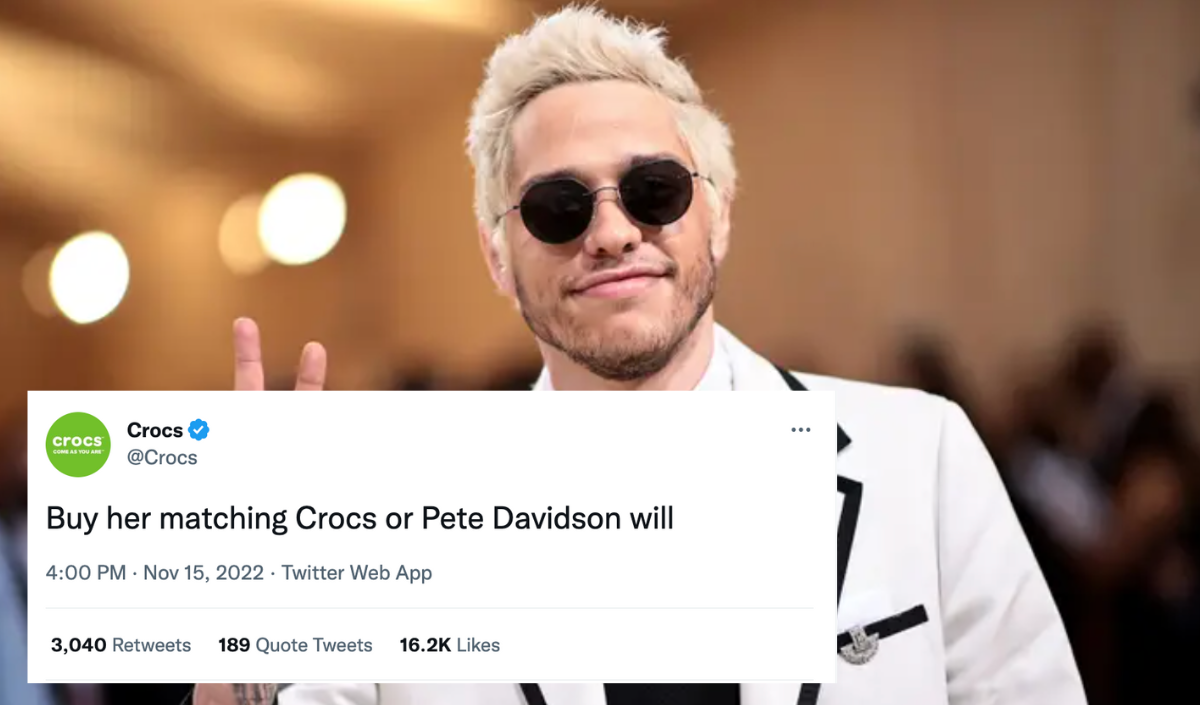 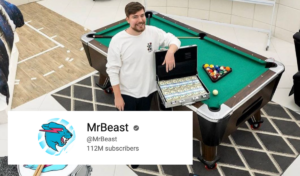 PewDiePie, a Swedish gamer who is notoriously the most subscribed to person on YouTube with a current 111M, has lost his long-time title to Gen Z-favorite MrBeast. Over the summer, MrBeast, whose real name is Jimmy Donaldson, became the second YouTuber ever to hit a landmark 100M subscribers, which he celebrated on a livestream with 1M viewers. This week, he achieved number one status, breaking 111M subscribers (now 112M). Donaldson has been on the trajectory to surpass PewDiePie for a while now, constantly going viral for his elaborate, expensive videos, and having a powerfully growing audience fueled by Gen Z.

Donaldson is ranked as YouTube’s highest earner, making an estimated $54M last year alone, most of which he spends making more content and promoting his food businesses. And those offline ventures have been wildly successful, too; his fast-food restaurant MrBeast Burger had a record-breaking first day at its first physical location in September, with thousands turning out to New Jersey for a chance to meet him and get a burger. He also owns a snack brand, Feastables, which sells chocolate and snack bars, and whose homepage is currently advertising a $10K giveaway competition. YPulse data proves just how much young people love YouTubers, as they trust them more than any other public figure, and 52% of Gen Z follow online creators.

Brand twitter is at it again, this time poking fun at Pete Davidson’s dating life

Even as people liken Twitter to a sinking Titanic (y’know, the part of the movie where the band is still playing amongst the panic), brand accounts are keeping up their witty interactions on the platform. This week, it’s a play on Pete Davidson’s newest relationship news; after his last few public relationships, Davidson has gained a reputation for dating the highest profile women in Hollywood (especially after their major breakups—see: Ariana Grande and Kim Kardashian). Now, rumor has it he’s dating super model Emily Ratajkowski post-her recent divorce, and it quickly became a joke online that if you don’t treat your girlfriend well, Pete Davidson will. Because brands’ social media managers love an innocent chance to take part in a meme, they’ve begun saying what everyone should do for their girl before he does:

Call her a Lyft or Pete Davidson will

It seems to have begun with this viral tweet from Lyft, saying “Call her a Lyft or Pete Davidson will,” which has gained over 47K likes. They even responded to one amused response saying, ok but are we wrong,” as being part of the ensuing banter has become a popular tactic for brands online. Other brands who’ve jumped on the trend include Crocs, a range of sports teams like the NHL Nashville Predators, and TickPick, who combined it with another timely discourse: “Buy her Taylor Swift tickets or Pete Davidson will.” 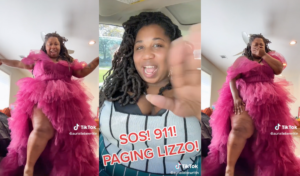 This week on TikTok: Lizzo gifted a fan her red-carpet dress

Lizzo has made body positivity a core value of her public platform, from her lyrics to her Emmy award-winning series This Is For The Big Girls. So, when fan Aurielle Marie made a TikTok “Paging Lizzo” asking to wear her 2022 Emmy’s dress to a red-carpet event in New York because they couldn’t find the perfect look in their size, Lizzo came through. Marie, an activist, author, and journalist, was named one of Out Magazine’s out100, an award for “the year’s most impactful and influential LGBTQ+ people.” But Marie said as they couldn’t find anything to wear that was “Big B**** and red-carpet ready,” they felt less excited to go to the event, leading them to make a TikTok where the worst thing that could happen is Lizzo would say no.

A few days before the event, Lizzo sent the gown she wore to the 2019 American Music Awards—not the exact request, but a similarly stunning tulle gown. Marie jumped up and down as they unboxed and tried on the gown, and viewers expressed their share of the excitement in the comments: “You cried. I cried. It was a moment.” Gen Z and Millennials are advocates for inclusivity of all kinds, and many love Lizzo for exactly moments like these when she uplifts others to feel good about how they look, even if that means sending an item from her personal closet. 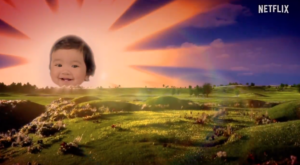 In WE: Teletubbies is coming back—thanks to Netflix

The kid’s show Teletubbies has been revived under Netflix, meaning Gen Alpha can be raised on the same shows older Gen Z and Millennials watched when they were in nappies. YPulse data shows early three in five young Europeans are interested in rebooting shows they watched when growing up—and while this isn’t exactly for their viewing, it does bring back nostalgia. And with Netflix being the most favoured platform in this region, it’s bound to get Millennial parents tuning in to keep their kids entertained. When a reboot trailer was posted to Twitter, it was praised as capturing the same vibe as the original.

The only criticism? Re-casting the sun. Netflix has casted a dark-haired baby clearly different from the original—and it’s not sat well with those that watched the old Teletubbies and they’ve taken their criticism onto Twitter. Many seem passionate about wanting the baby to stay the same, or now that the original is a mum herself, use her child. And while there’s a theory they may use different babies for the sun in each episode, the baby used in the trailer is a no-no for many.

But for others, there’s an argument for embracing diversity: the re-cast of the sun baby highlights inclusivity for many children who were left out of the original. Using an Asian and Black baby in the trailer, Netflix has managed to give diversity and inclusivity in a subtle way that not many have thought of. Providing representation in media entertainment is something that young Europeans feel is missing and needed, and Netflix is aiming for their favor. 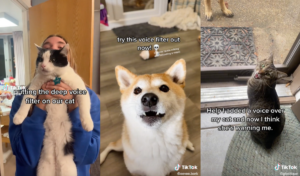 Who will play along with the invisible cricket doing flips?

Noah Beck is famous for… he doesn’t know what

Twitter: Leave Twitter just because it’s lacking infrastructure and is terribly understaffed? Babe, there’s a meme for that.

Scammers: The guy who founded Fyre Fest will literally get arrested in the Bahamas if he tries his next scheme