TikTok is Skipping Straight to December on The Viral List 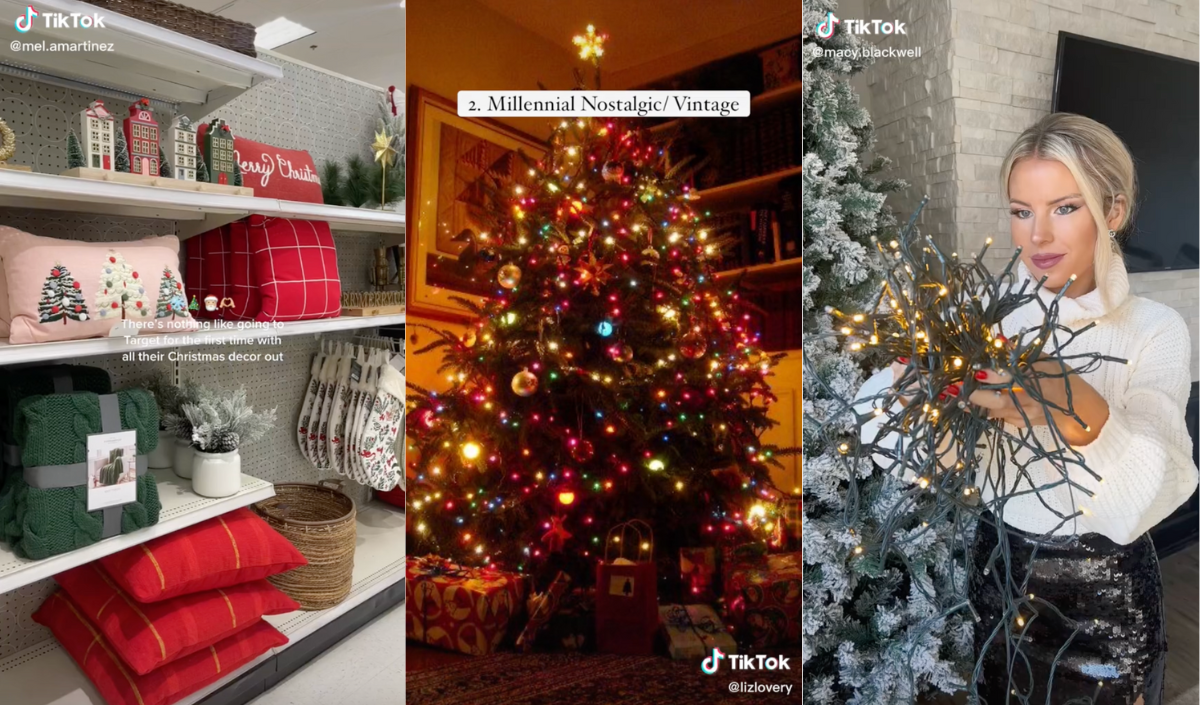 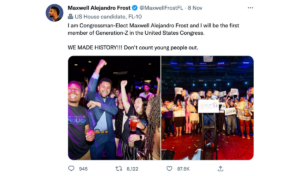 A member of Gen Z is officially in Congress

Twenty-five-year-old Maxwell Alejandro Frost is being lauded as the first member of Gen Z to enter the house, after winning 59% of the vote in his district in Florida. Members of Congress currently average 58-years-old according to Reuters, making Frost “the lone voice of ‘Generation Z-ers.’” Frost has over 150K followers on Twitter and receives thousands of likes on his posts using memes and 0.5X selfies to discuss the shock and pride of winning, which he celebrated in true Gen Z style: seeing The 1975 in concert. He’s been the talk of social media across platforms—a TikTok from @TheDemocrats celebrating his win to a popular audio has 1M views and over 260K likes.

And while we at YPulse would consider Frost a very young Millennial (the gen is currently 22-39-years-old), Gen Z voters certainly did turn out for this election to make a win like this possible. Mashable reports that this midterm election had the second highest youth voter turnout ever, following the 2018 midterm elections. Their votes not only propelled Frost into office, but flipped several highly contested seats across the country.

Gen Z is trending right now. For too long we’ve been cast aside in the political process. We’ve been ignored. Our rights & identities have been attacked. But despite all this & more, young people shocked the nation by breaking turnout records & preventing a red wave. So proud.

YPulse data shows Gen Z are a politically active generation, and believe they are the ones who can change the world, more than politicians (until they become them, of course). Frost ran a campaign which centered on many of the top causes Gen Z cares about, including gun control, as before his current office he was an activist and national organizer with Gen Z–founded March for Our Lives. This win shows the power of votes from the younger gens—and as more of Gen Z becomes eligible to vote each year, some estimate these gens will outnumber their elders in the electorate before the end of the decade. But, until then, even Gen Zs who are too young to vote are proving to be vocal activists and show no signs of stopping. 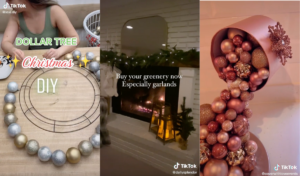 This week on TikTok: TikTokers are showing off how they’re gearing up for the holidays

Now that it’s November, Gen Z and Millennials on TikTok are skipping right over Thanksgiving recipe content and diving into winter holiday décor instead. “Decorate With Me” videos (accompanied by cozy Christmas classic audios) are all over the app this week featuring many blonde cheugy Millennial moms taking Target, HomeGoods, and TJ Maxx trips to pick out aesthetic wreaths, mini sparkling trees, and swap out their orange pumpkins for twinkling garlands.

The #HolidayDecor hashtag currently has over 4B views and features content like users sharing cool finds from their favorite stores, DIY projects using Dollar Store materials, and how-to videos showcasing how to style a front door space, how to put together a 12-foot Christmas tree, and how to choose the best holiday vibe specific to your home’s aesthetic.

We know young consumers are prepping for the holidays a little earlier this year because of financial worries, so it makes sense that holiday décor is flooding everyone’s FYP. Our Holiday Shopping Plans report data shows that almost 70% of Gen Z and Millennials say the economy / inflation will impact their holiday shopping budgets this year—and TikTok’s DIY sector is definitely reflecting that with creative, budget-friendly crafts like ornaments cascading out of a floating bucket and strings of dried oranges. 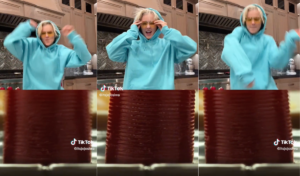 Ocean Spray is hoping for another viral moment with JoJo Siwa

Gen Z might regard Ocean Spray as a brand of juice their parents drink, or the maker of the cranberry sauce they don’t eat at Thanksgiving. But the brand wants to change that, and they’re hoping Gen Z influencer JoJo Siwa can make it happen. In a new TikTok campaign, Siwa is the first to duet their #JiggleWithUs video that shows a wiggling cranberry sauce to the sound of “Wiggle, Wiggle, Jiggle, Jiggle” by Mack Goudy Jr.

The fun and lighthearted campaign has 8.5M views under its hashtag (1.8M coming from Siwa’s video alone). Digiday reports that “the brand spent a little over $8.6 million so far on advertising in 2022,” which their head of marketing says is “about 30% social, and 45% video and the remainder toward custom partnerships.” YPulse’s Ad / Marketing Effectiveness research shows when it comes to marketing, 52% of young people like or love sponsored messages from social media personalities.

This is not the first time Ocean Spray has leaned into TikTok. Following a viral video of user Nathan Apodaca skateboarding to Fleetwood Mac, drinking straight from a container of Ocean Spray, the brand gifted him a new truck full of bottles of Cran-raspberry juice. They show that they know when to use TikTok to their advantage, and with any luck, their new campaign will pull as much attention as the viral moment. 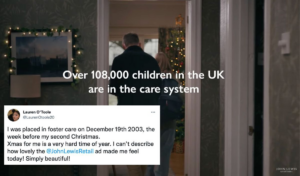 X-Mas Ads Have Started Appearing On The Tele

With Halloween over and done with, young Brits have also turned their sights on Christmas—including looking around for brands to release their Christmas ads. ASDA has brought back the nostalgia of Buddy the elf as a supermarket colleague helping the brand get into the festive spirit, Argos have encouraged families to go back to big holiday celebrations following the pandemic, and ALDI has done a nod to Home Alone with Kevin the carrot (and mentioning the M&S feud too). But it’s John Lewis whom everyone is waiting for. This year, the brand’s holiday spot is a heart-warming story about a father learning to skateboard for a foster child, all to raise awareness towards the foster system, and the need for foster parents. The ad ends by saying: “Over 180,000 children in the U.K. are in the care system” and “making a long-term commitment to support the future of young people from care.” Named “The Beginning” John Lewis has partnered with two charities Action for Children and Who cares? Scotland, and to raise money for the cause customers can buy the products from the ads with 25% of the sales sent to the two charities.

Of course, social media has fallen head-over-heels for the advert—like they do every year. Within 24 hours it got 2.1 million views on YouTube and has people talking about their own experiences with the foster system, too. Twitter user @laurenotoole20 responded that the advertisement about their own experience in the foster system, and how hard X-Mas was for them. User @jimrobbins gives a thread about his own experience being a foster parent (like the dad in the ad), praising the similarities. At the same time, many have shed a tear over the advert—it is John Lewis after all.  Raising awareness for a charitable cause fits the bill for young consumers, with four in five young Europeans believing all brands should do some sort of social good/charitable work.

Beauty: TikTok’s new “I’m cold” makeup is speeding up the look of rosy, cold-stung cheeks in the winter

Music: Sped up remixes are popular audios on TikTok, and are impacting chart success

Memes: A guy in Philly advertised for people to watch him eat a whole rotisserie chicken, and got a whole crowd

Fashion: Savage x Fenty gave Johnny Depp a feature at their recent runway, and there’s been some hard backlash

Twitter: Now that anyone can get verified for $8, people are using their checkmark to impersonate brands and public figures

Would Elon Musk seriously put all of Twitter behind a paywall?

Tumblr is offering two checkmarks that mean absolutely nothing for $7.99

Influencers: Nikita Dragun, a trans woman and beauty influencer, was temporarily held in a men’s jail following her arrest in Miami

Viral videos: A UPS transport truck lost 55 SAT answer sheets, and the students might just have to retake the test