It’s officially prom season—but what does that look like this year?

At the beginning of the pandemic, we told you how many of Gen Z’s milestones were upended, including prom with many of the annual dances postponed, canceled, or digitized. Meanwhile, while 2021 saw more schools hosting in-person events, many held them outdoors and took extra safety precautions to minimize COVID exposure. Now, in 2022—it’s officially prom season yet again, but is it any different from last year?

YPulse’s recent summer plans behavioral data includes research about Gen Z’s prom plans and where they get inspiration for their outfits. We’ll dig into all that, but first—we asked high school students if their school is hosting a prom this year:

The majority of high schoolers say their school is hosting a prom this season
Our research found that 77% of high school students say their school is hosting a prom this year, and 30% are planning to go. So, it seems that proms are really making their comeback this year. But how do brands fit into the picture? While 2020 saw brands host virtual events to accommodate quarantined young consumers—this year, more brands are providing in-person prom perks in unique (and weird) ways. Last month, Oscar Mayer hosted a contest for one high schooler and all their friends to have the chance to ride up to prom in a branded Wienermobile. Meanwhile, skincare brand AcneFree announced that it would be fully sponsoring Chicago Hope Academy’s prom this year so students could celebrate in-person. But of course brands play another big role in the event: prom looks, an essential part of every prom experience. We asked high school students who are going to their prom, “Where do you get (or do you think) you’ll get prom attire?” and here’s what they tell us: 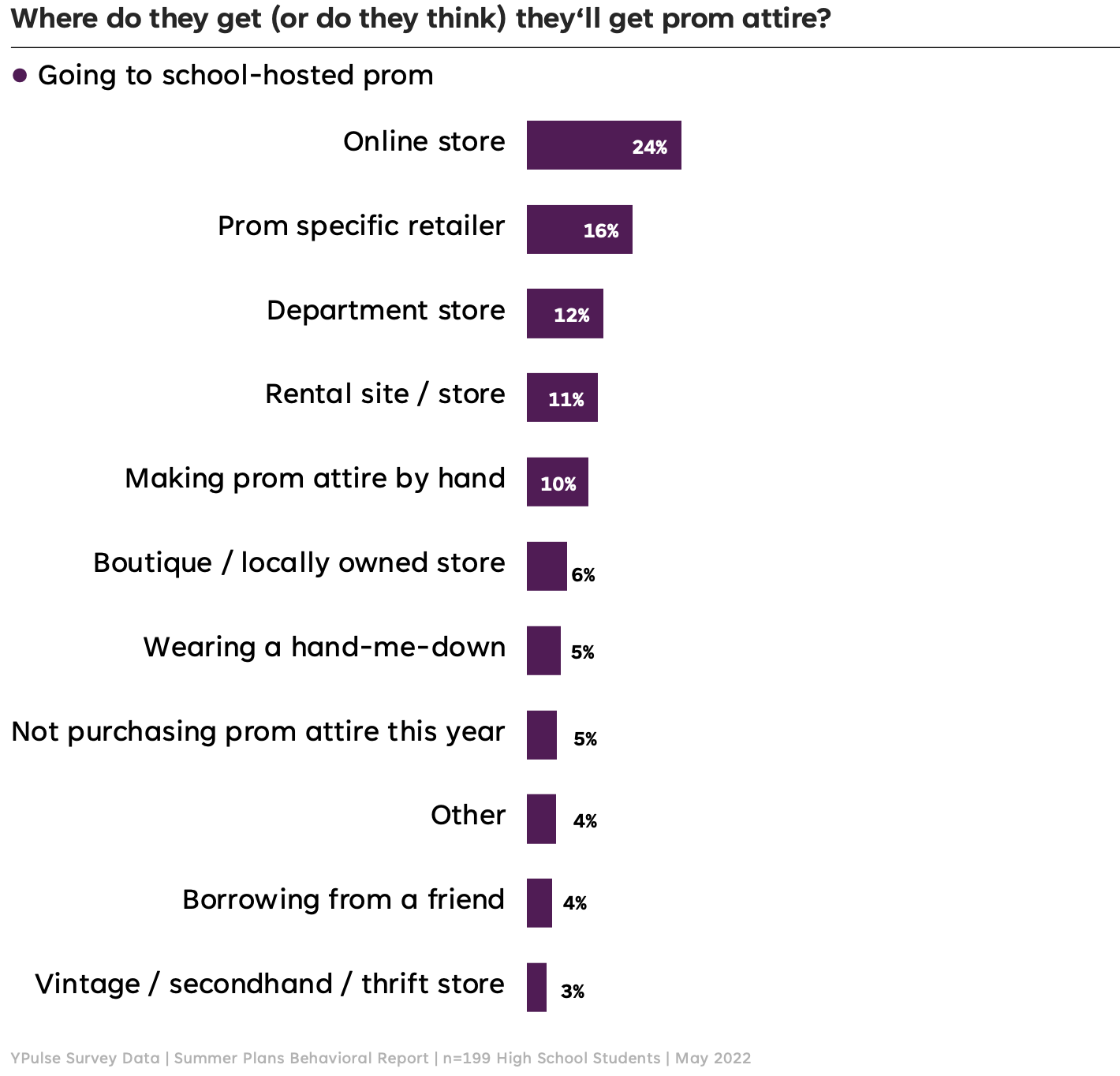 Online stores are the top way high schoolers say they’re getting their prom attire
The way young people shop has quickly and drastically changed in recent years. YPulse’s shopping and retail report found that half of young consumers would rather shop online—and that seems to be translating to prom shopping as well. An online store is the top way high schoolers say they’re shopping for their prom attire, with nearly a quarter saying they got or are getting their outfits that way. While nearly one in five high schoolers say they still shop for their prom looks at a prom-specific retailer, online stores are clearly a winner among them—and with the amount of virtual and livestream shopping tools that launched in the last two years, its made it easier for young customers to shop for products they want instantly. For prom season this year, beauty brand Maybelline New York and Seventeen collaborated with TalkShopLive for a livestream shopping experience that showcased some of the hottest products that would be in high demand during prom, with a direct link to purchase the items. But where exactly are they getting inspiration for their looks from? We asked that too… 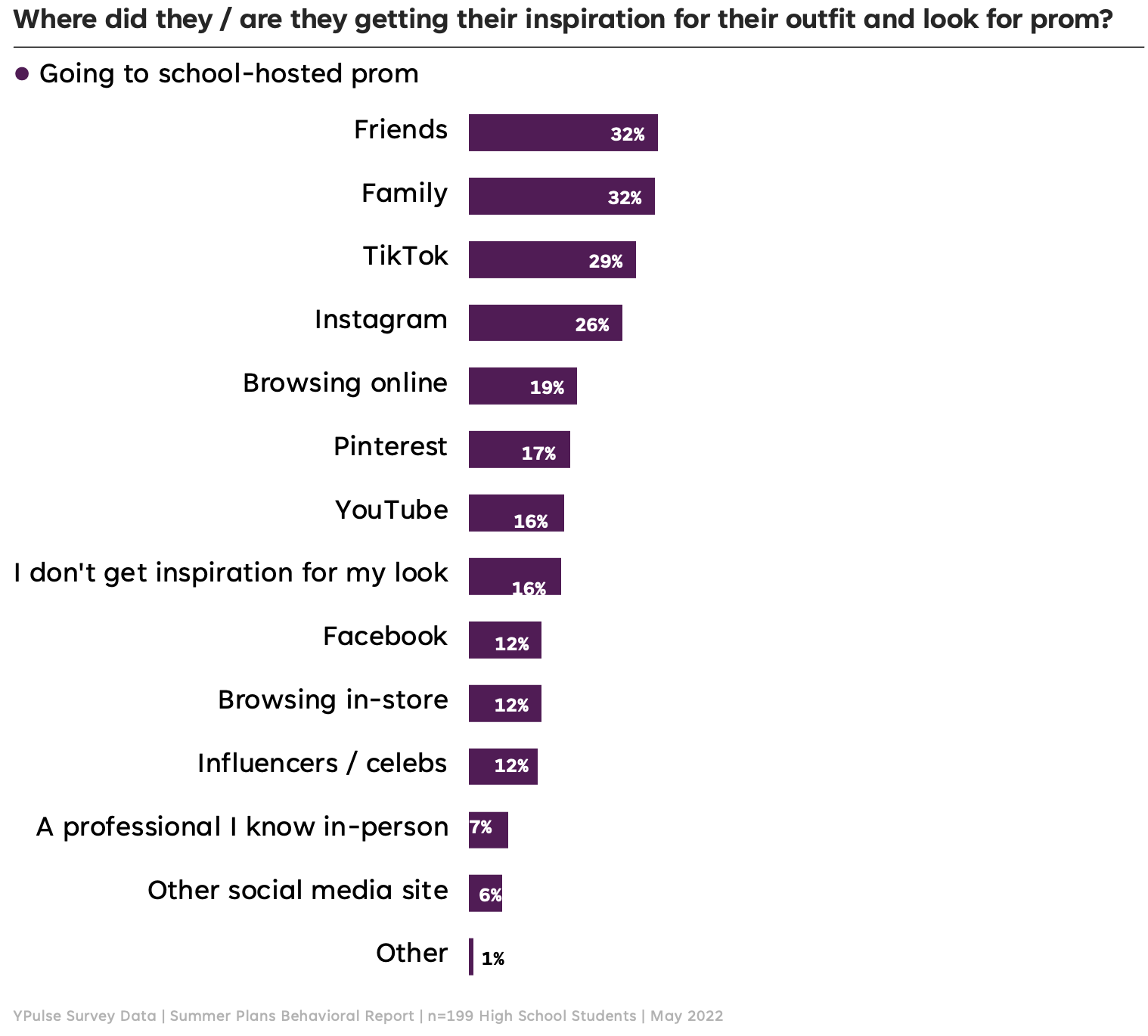 Friends and family are the top way high schoolers are getting prom look inspiration from, but TikTok and Instagram are up there too
YPulse told you that Gen Z is more likely to say their family and friends influence the clothing items they buy—and when it comes to getting inspiration for their prom looks, friends and family are the top outlets they turn to. It makes sense given that teens are more likely to still be living with family and spending a lot of time with their friends.

But it shouldn’t be ignored that nearly a third of Gen Z get their inspiration from TikTok, beating out other social platforms like Instagram, YouTube, and even Pinterest. Pinterest’s 2022 prom trends report revealed that The Great Gatsby and Euphoria are the leading sources of fashion inspiration for teens—and TikTok has been full of Euphoria-inspired fashion since the second season premiered earlier this year. We told you how one TikToker highlighted the stylish fashion of high schools in Mississippi, and how it became viral as millions of users tuned in to the series. The #prom hashtag has a whopping 10.2 billion views, with many TikTokers showing off their looks and how they get ready for the big day—and it’s sure to have given other users inspiration on what they should wear for their own proms. TikTok has become a haven for fashion trends in recent years and that has only grown even more during lockdowns—so while TikTok is the top social platform that teens are getting prom fashion inspiration from, it’s likely where a lot of them will be getting inspo for a lot of special occasions in the future. 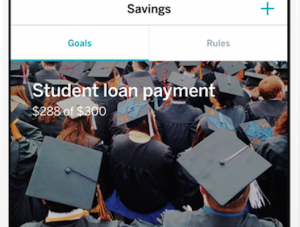 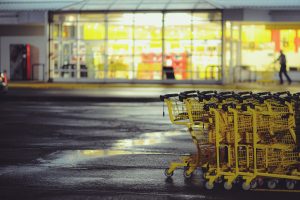