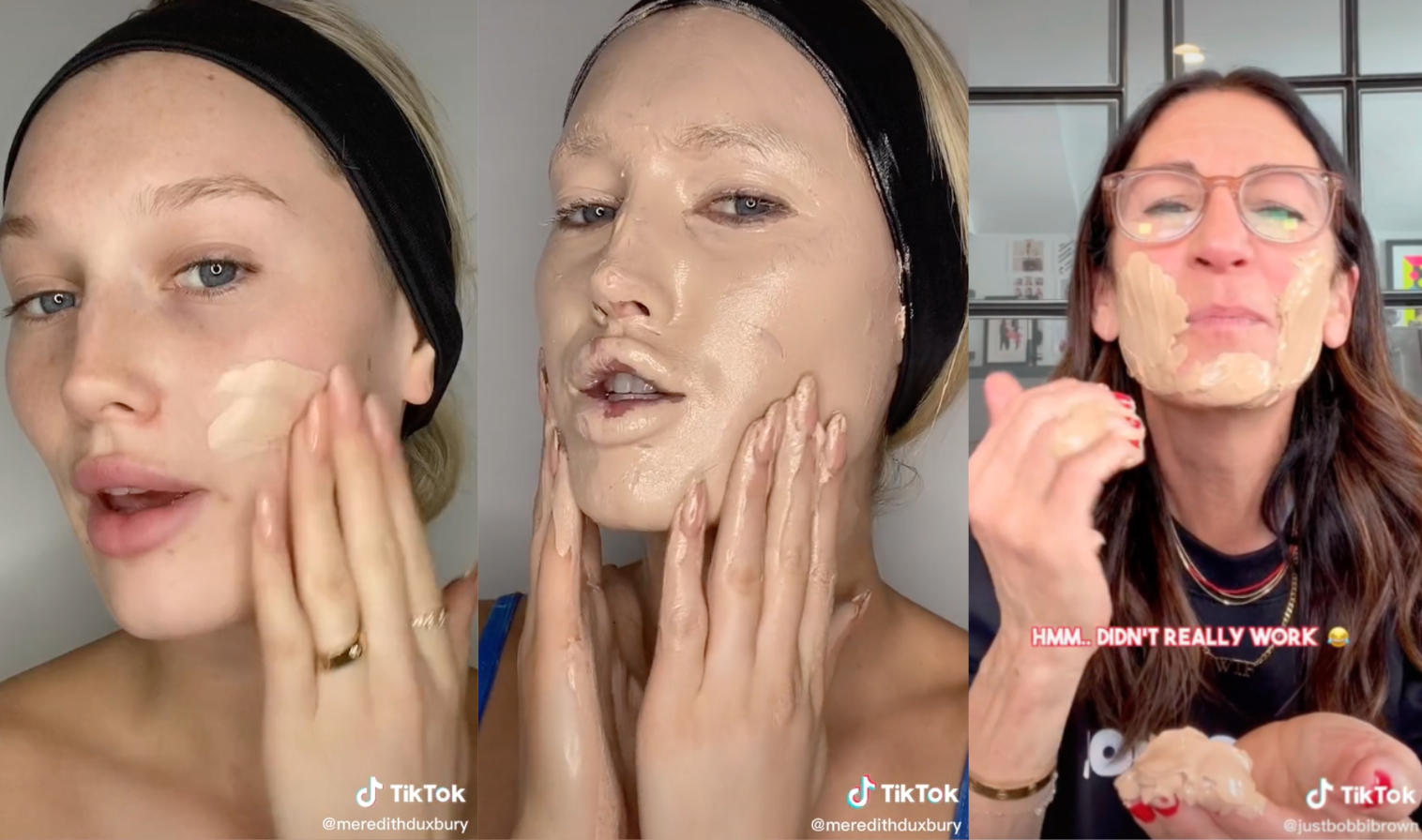 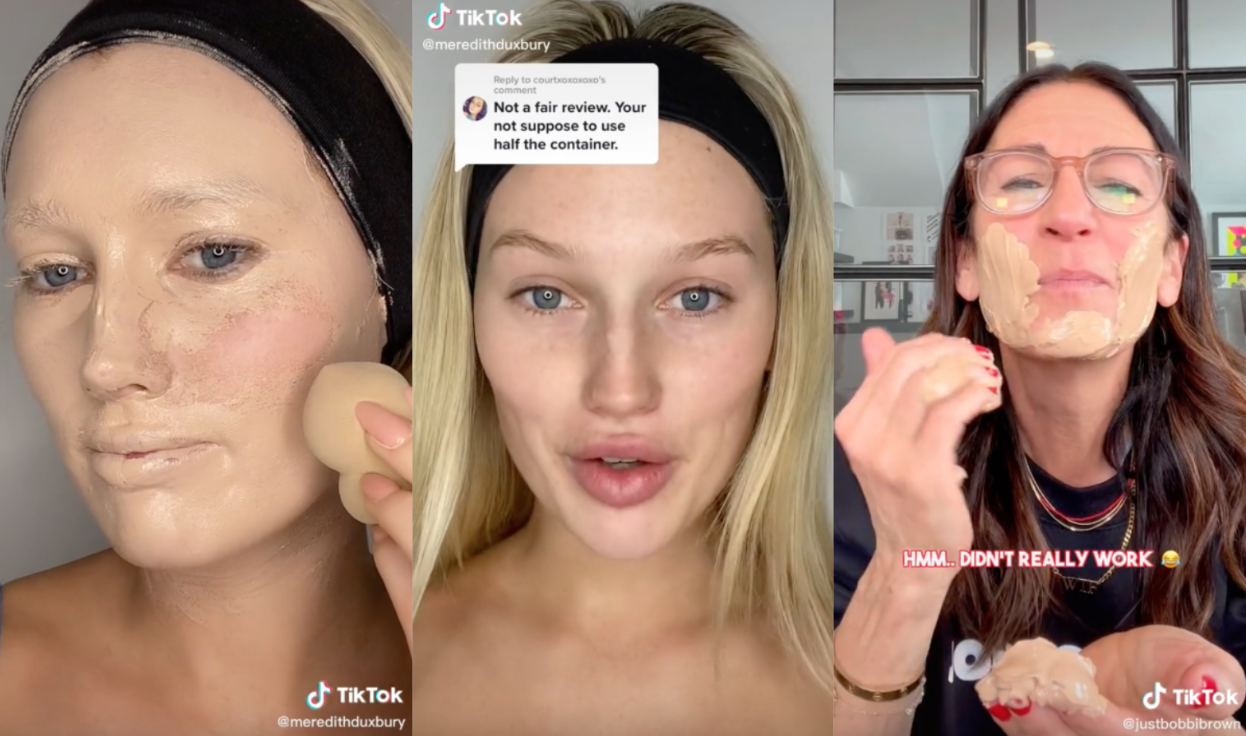 Bobbi Brown Responded to an Influencer Who Gave Her Foundation a Bad Review
Earlier this month, makeup artist and influencer Meredith Duxbury, who has 15 million followers on TikTok and is known for her “layered-on looks,” shared a video of herself trying on Jones Road brand new What the Foundation tinted moisturizer. In the video, which garnered 13.4 million views, Duxbury is seen applying an “uncomfortable amount” of the foundation on her face (which she typically does with beauty products, as seen in her other videos)—which she then gives a poor review. Many viewers commented saying that Duxbury wasn’t using the foundation correctly and pointed out that since it is tinted moisturizer, it’s made for light coverage, while others questioned why she put so much of it on. The overwhelming response led Duxbury to make a follow-up video (which garnered 6.5 million views), where she gives the product a “second chance.” This time, she puts less on, but still gives it a less-than-favorable review, saying that she doesn’t see “a slight difference” and cites that the smell is “overpowering.” However, Duxbury’s videos attracted so much attention that the news got back to Bobbi Brown, the famous makeup artist and owner of Jones Road herself, who posted two videos on TikTok this week that users claim are throwing shade at Duxbury even though Brown doesn’t directly name her. In Brown’s first video, she “clears up the confusion” on what kind of coverage customers can expect from the Jones Road foundation. And in a second video (which received 2.9 million views), Brown talks about how she loves learning new techniques and proceeds to smear the tinted moisturizer all over her face, in a similar fashion as Duxbury, and ends it saying, “Didn’t really work.” YPulse’s Pop Culture Redefined trend report found that 62% of Gen Z and Millennials think brands should comment on viral pop culture events to stay relevant with their generation—and sometimes that means responding to content about your own brand. 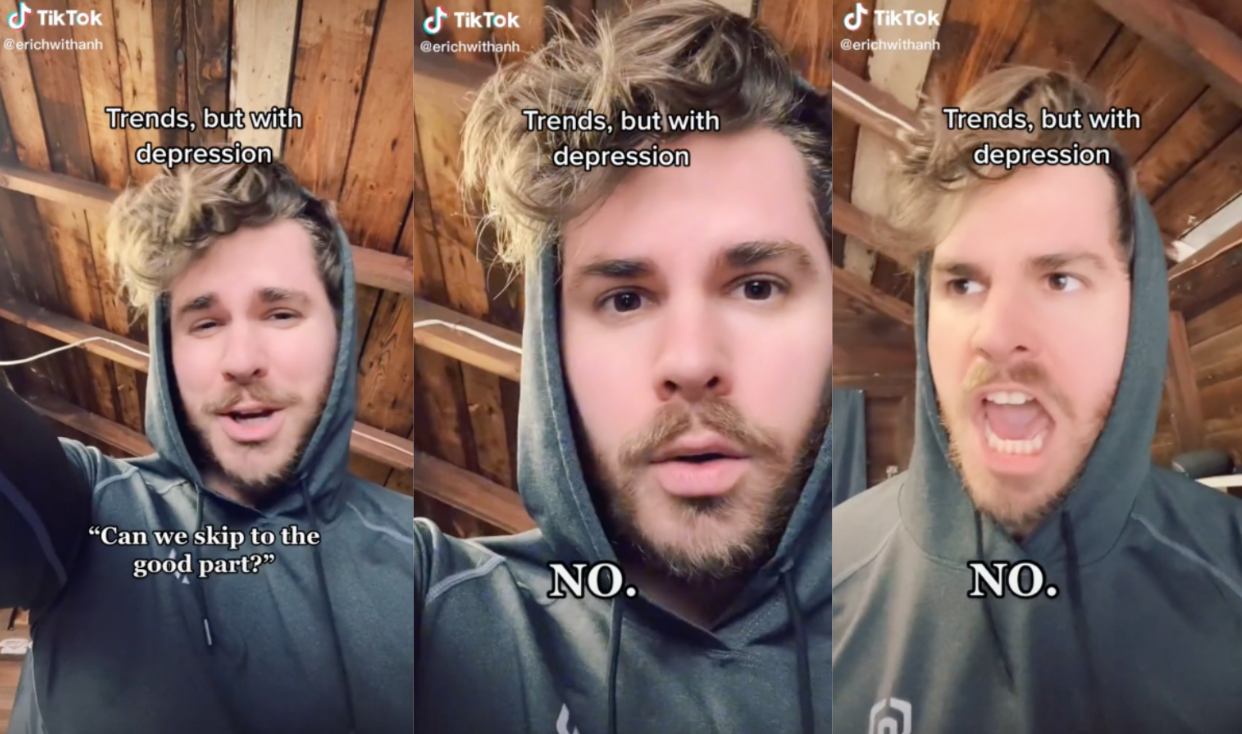 TikTokers & Instagram Reels Users Are Parodying an Older Trend About “Skipping to the Good Part”
YPulse’s new Main Character Energy trend report explores how Gen Z and Millennials are incorporating “main character energy” in their lives and on social media by sharing how they’re prioritizing their happiness and putting themselves first. And on TikTok, millions of users have been using a soundbite from AJR’s song “The Good Part” to share a “before and after” moment that typically transitions into a happy ending. @lillerud_farm shared a video showing the “before and after” of their house renovation, while @stefanie77 shared a “before and after” of her proposal and wedding ceremony. Currently, the hashtag #skiptothegoodpart has 148.1M views on TikTok. But recently, users on both TikTok and Instagram Reels have been parodying the trend, and putting a different twist on it. On Instagram and TikTok, @erichwithanh received millions of views on a video where he “remixed” AJR’s song by “singing” the song himself and used the caption “Trends, but with depression.” Now, other users have been adopting that sound to show more realistic “before and after” moments where not everything is as perfect as it seems. For instance, @alexarie8 shared a video holding their baby who is smiling in the “before” moment and crying uncontrollably in the “after” scene, while @raizescia and @gafieiradaniel.costah shared a video of one dancer falling during dance practice when the other isn’t able to catch them on time. Many of the videos users share also show “Instagram vs. Reality” where they show a “picture perfect” version of a moment, followed by the imperfect version. We previously told you about the #OKPerfect trend where TikTokers used audio to express their anxieties and frustrations in a humorous way—and the parodying of the original #skiptothegoodpart trend shows that while young people want to show their happy moments, they also want to be able to express the messy, not-so-perfect moments of their lives as well.

GrubHub’s Special Promo Day Backfired, Leaving Customers Hungry, Restaurant Workers Stressed
On Tuesday, food delivery platform GrubHub touted a “free lunch” promo in New York City—a $15 promo code that was valid for three hours—but what the company expected to be a happy lunch break led to chaos for customers and stressed restaurant workers as “thousands of orders jammed the system.” According to the company, the promotion ran from 11 a.m. to 2 p.m. that day and the system was averaging around 6,000 orders per minute, leading to many, many delayed orders. One worker at a Harlemn-based Mexican restaurant told BuzzFeed News that since their delivery driver couldn’t keep up with the demand, she got into an Uber to hand-deliver orders herself. Another employee at a Brooklyn cafe said they received 200 orders in five minutes, and were forced to cancel some. Frustrated customers memed and “tweeted through their hunger pains,” with some reporting that they were receiving error messages on the GrubHub app. (On Twitter, @KidAndTheCity compared the fiasco to the infamous Fyre Festival). One New Yorker reported that “he was in 3,630th place in line” to speak with GrubHub’s customer service—and instead gave up. Following the afternoon fiasco, GrubHub said in a statement: “It’s clear, New Yorkers were hungry for lunch! While we knew 72% of New York workers call lunch the most important meal of the day, our free lunch promotion exceeded all expectations.” However, plenty of people were still unhappy with how everything played out, with some customers saying they never received their order. So, while providing promos can be a nice way to up brand affinity, brands should prepare for high demand (especially in a city with 8 million people).

Eurovision 2022 Has Hit The Screen, and TikTok
Last Saturday, Europe was transfixed as Eurovision hit the screen, fingers ready to send the next judgemental tweet and eyes fixed on the sparkly over-the-top performances. But the annual music competition might have been even more popular on social media: So far the #eurovision2022 has gained 1.9 billion views and you can see a roundup of the night on the @eurovision TikTok page. While many complained about the amount of ballads this year, it wasn’t short of weird as Norway’s banana wolves (yes, that isn’t autocorrect) performed, now gracing our FYP. There was also Latvia with their catchy hand dancing, Moldova’s six piece folk punk band that included a reference to Ramones “Blitzkrieg Bop” and of course Spain’s @chanelterrero catchy dance that caught the attention of most viewers – many believing they were ‘robbed’ of winning. Ukraine’s @kalush orchestra won the competition by the public’s votes with their song “Stefania”, many claiming it to be a political vote as the public express their support for the on-going Ukraine war – the group even pushed the boundaries of the competition by mentioning Mariupol at the end of their performance. But despite claims, they did perform a catchy song with their folk-rap (you can watch it here). The most surprising of the night was the success of the U.K., who normally finishes at the bottom of the leaderboard but got second this year, the best result since 1998 thanks to popular TikTok star Sam Ryder’s SpaceMan song. While he has an amazing voice and the U.K. is brimming with patriotic pride, it can’t be helped but wonder if his 12.9 million TikTok supporters helped the U.K. get so far. 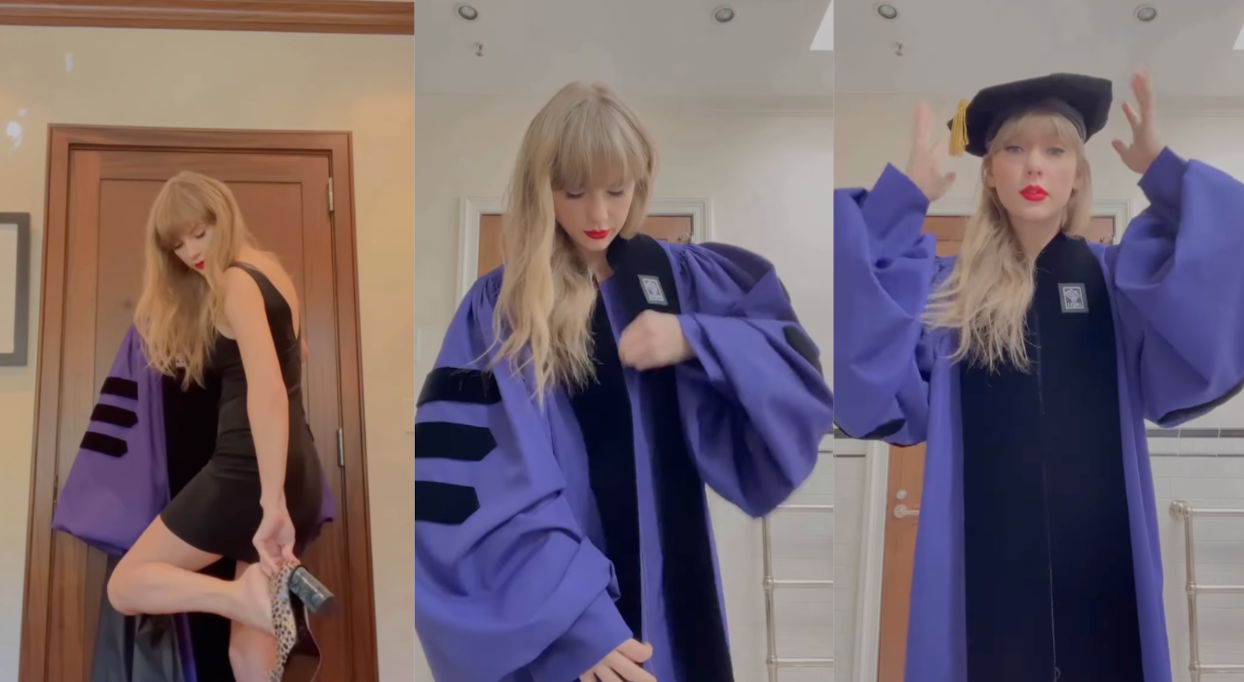 Links We’re Passing
Taylor Swift dressed up in a purple cap and gown (for the first time ever!) for NYU’s graduation ceremony where she received her honorary degree.

Rihanna has given birth to a baby boy.

Nuns are getting on TikTok (yes, you read that right) to use the hashtag #ConventLife to show users parts of their “cloistered lives.”

A new docuseries about JoJo Siwa is premiering on Facebook Watch this summer.

Black Mirror is finally returning for a sixth season at Netflix after three years.

Adult Swim announced that an anime spinoff series of Rick and Morty is premiering next year.

The CW announced that Riverdale will end after its upcoming seventh season.

Netflix just dropped the trailer for the third season of The Umbrella Academy.

This is Us fans are getting emotional over the show’s penultimate episode.

Disney+’s Chip ‘n Dale: Rescue Rangers is being praised by critics, with some comparing it to Who Framed Roger Rabbit?