Here’s What Young Europeans Are Doing to be More Sustainable 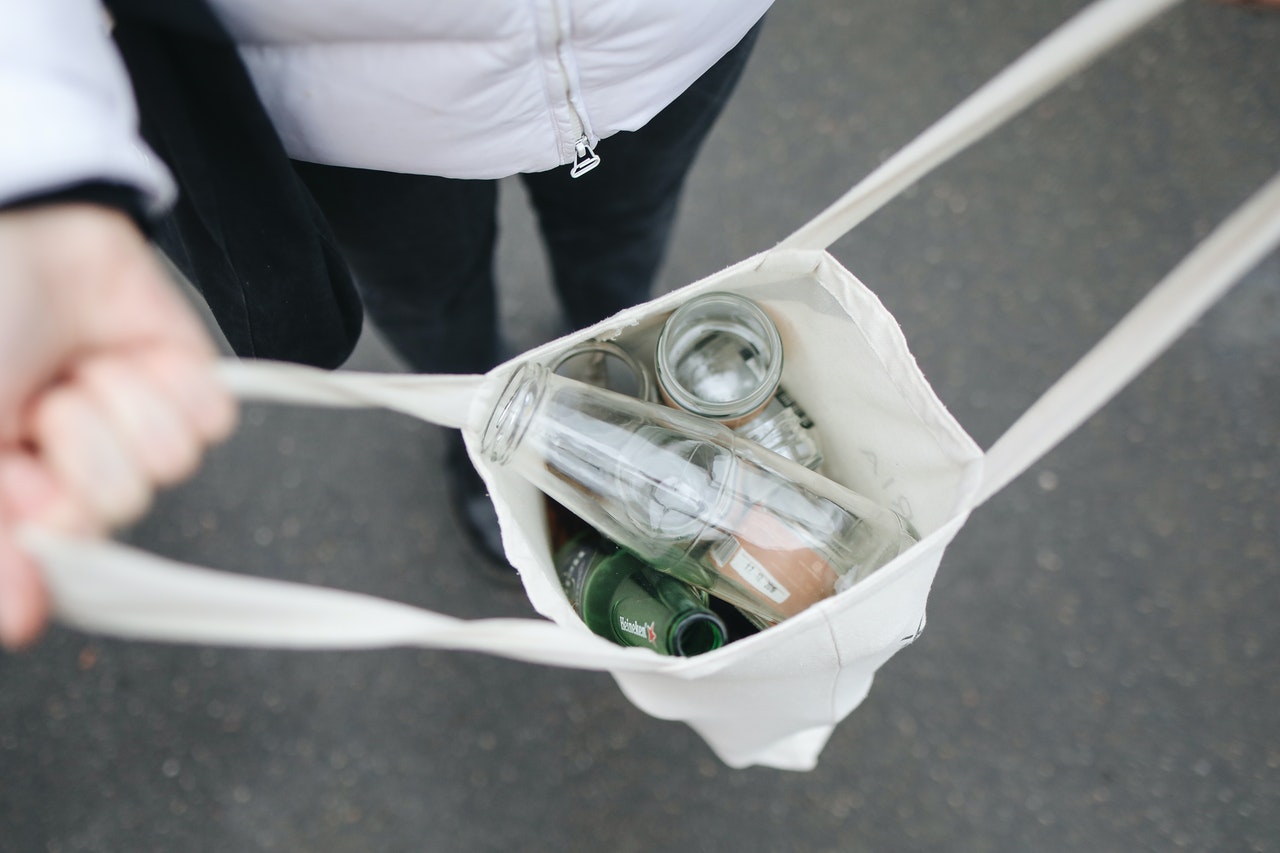 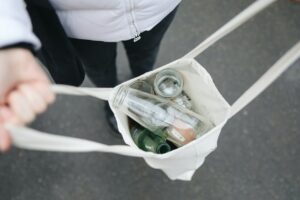 Gen Z and Millennials in Western Europe are spending a lot of time thinking about climate change. Here’s what they’re doing to combat it…

YPulse has been tracking Gen Z and Millennials’ climate anxiety for a while now, and we’ve long known that these gens are factoring sustainability and environmental consciousness into their daily lives—and this is true in Western Europe, too. Our recent WE Sustainability report shows that the vast majority of 13-39-year-olds in Western Europe are worried about climate change and have taken some action or changed some behavior in order to be more eco-friendly. Meanwhile, our WE Causes / Charity and Activism report found that climate change is one of the top five issues they’re most concerned about. In fact, climate change activism is going strong around the world, thanks in no small part to teen environmental activists, including Greta Thunberg, who previously organized a massive in-person Global Climate Change strike to protest climate change inaction, and, at the start of COVID, encouraged her followers to move the protests online and to join a digital strike by posting photos of themselves using the hashtag #DigitalStrike or #ClimateStrikeOnline. Last fall, thousands of young activists organized a worldwide protest—the first since the start of COVID—to demand climate action. Protests spread to more than 80 countries, including throughout Western Europe.

Beyond full-scale protests, though, young Europeans are fighting climate change in more personal ways, too. A recent survey conducted by digital product studio and incubator PLAY, for example, found that 24% of 13-24-year-olds say they won’t work for a company that profits from unsustainable practices, while 68% say it’s important that the company they work for be committed to the environment. And it’s not just their employers they expect to be sustainable: 79% agree, “it’s up to my generation to stop climate change from getting worse.” Here’s what they’re doing to take personal responsibility: 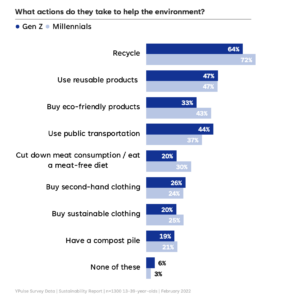 Though the vast majority of both Gen Z and Millennials are doing something to help the environment, at a glance, Millennials are more likely than Gen Z to be doing almost everything on the list, which can be at least partially explained by Millennials’ stronger financial position. Gen Z is also more likely to list social justice-centered issues as more important than climate change, indicating that their activist priorities are focused elsewhere.

That said, the majority of both Gen Z and Millennials say that recycling is the top thing they do to help the environment, while nearly half are also using reusable products. When it comes to buying eco-friendly products, though, Millennials have Gen Z beat, with 43% saying they buy green compared to 33% of Gen Z. Millennials are also more likely to buy sustainable clothing and to cut down on their meat consumption, a trend we’ve seen growing for a while. A recent study found that the majority of Gen Z and Millennials in Western Europe want food brands to create plant-based options—and they’re willing to pay more for it—and more major brands are releasing fake meat burgers to cater to their sustainable needs. Burger King, for example, just released its plant-based Whopper in Germany not long after opening its first 100% vegetarian restaurant in Spain and vowing to make all of its U.K. menus 50% plant-based by 2031.

Gen Z, meanwhile, is slightly more likely to say that they buy second-hand clothing, though the resale fashion market has been exploding in popularity among both generations. Now worth $40 billion globally, brands from Prada to Marks & Spencer to Burberry have entered the secondhand market, resale app Depop is defining Gen Z’s style, and popular U.S. second-hand site ThredUp is making major moves into Western Europe as the market—just to name a few. And it’s likely that young Europeans will continue to support the second-hand boom: 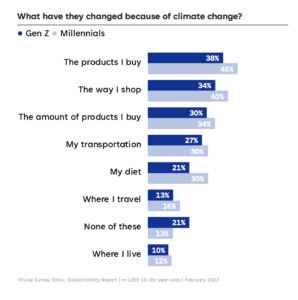 When we ask 13-39-year-olds in Western Europe what they’ve changed because of climate change, their top answer is, “the products I buy,” followed by “the way I shop” and “the amount of products I buy,” making clear that, for many young Europeans, the environment will continue to influence their shopping habits. When it comes to shopping green, though, price is a factor—and a pain point. 51% of Gen Z and Millennials say they’d like to buy more eco-friendly products, but that they care about price more, while 35% say they actively seek out products that are eco-friendly. Brands will have to make sustainability part of their missions, but they should also keep in mind that young consumers are on a budget, too.