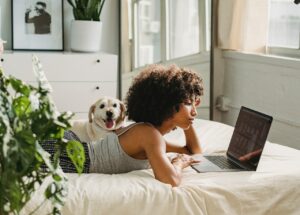 We asked European Gen Z and Millennials their favorite movies of all time. Their answers reveal just how global culture has become…

It’s news to no one that the past two years were all about streaming as video entertainment became a top coping mechanism during the pandemic—especially among young consumers. YPulse’s WE TV and Entertainment report found that nearly nine in 10 13-39-year-olds in Western Europe are watching video content via a streaming service weekly or more, and App Annie reports that global mobile consumers streamed 240 billion hours on mobile devices last year, up nearly 65% in two years. Meanwhile, the BBC estimates that adults in the U.K. now spend a full third of their waking hours watching online video content. And while we’re certainly still in the golden age of TV (look no further than the massive popularity of Netflix’s Squid Game) the vast majority of young Europeans are binging movies, too. In fact, virtually the same number of 13-39-year-olds in Western Europe tell us they’re streaming movies as are streaming TV shows weekly or more, and our latest COVID tracking data shows that nearly two in five young Europeans are currently comfortable seeing movies in theaters—and plan to do so more often once the threat of COVID has finally passed.

A few months ago we told you about young Europeans favorite TV shows right now, which underscored the platform currently winning the streaming wars (hey, Netflix) as well as the influence of global culture on young Europeans’ lives. In our TV and entertainment survey, we also asked 13–39-year-olds in Western Europe the open-end question, “What is your favorite movie of all time?” Here’s what they had to say—and what it reveals about their cultural preferences:

Their Favorite Movies of All Time
13-39-year-olds

Let’s start with the biggest takeaway from this list: every one of young Europeans’ top 10 favorite movies is American-made, with the slight exception of the Harry Potter series, which was produced in partnership by an American and a British company. What this shows is that young consumers the world over are growing up in the same culture, sharing the same pop culture moments (which we saw evidenced in our recent Pop Culture Redefined trend report), and developing an interest in content focused on other cultures and countries, a topic we explored in YPulse’s Borderless Culture trend report. In fact, six of the movies that make young Europeans’ top 10 list also appear on the favorite movie list of young North Americans, including Titanic, which tops both regions’ lists.

Titanic has been a young American favorite for years now, but its global status as their (by far) number-one favorite movie of all time this year probably has something to do with it dropping on Netflix in October 2021, nearly 24 years after its original release. Despite its age, the movie immediately dominated the platform’s streaming charts, taking spots on both the Top 10 overall and Top 10 movie charts within a few days of its release as well as spawning viral videos on TikTok—even if they are pointing out some of the film’s dated moments. While the resurgence in popularity of Titanic highlights young consumers’ ongoing love of nostalgia entertainment (and, of course, style), it also makes clear just how influential Netflix is in their lives. Netflix-made series dominate young Europeans’ favorite TV shows, and while the platform has long been popular with young consumers, it became ubiquitous during the pandemic: the BBC reports that for the first time ever, more households in the U.K. have a Netflix subscription than cable or satellite. Netflix itself reported that it ended 2020 with over 203 million paid subscribers, a rise of 22% from 2019, and App Annie found that the Netflix app was 2020’s fastest-growing entertainment product when measured by time spent on the app.

Young Europeans’ second-favorite movie of all time is actually a franchise and should come as a surprise to no one: Harry Potter. Though the last of the eight Harry Potter films wrapped 10 years ago, the books and movies have remained deeply important to young consumers, and it’s become on the most one of the biggest pop culture fandoms among Gen Z and Millennials. In fact, young Europeans (and North Americans) list Harry Potter as one of the top brands they feel a sense of community around, and the franchise recently went viral on TikTok when Millennial parents started the trend of letting their babies participate in one of the most well-known Harry Potter coming of age traditions, the Hogwarts House Sorting Ceremony. Meanwhile, HBO’s much-anticipated Harry Potter reunion special, Return to Hogwarts dropped at midnight on New Year’s day, much to fans’ delight, proving that even after all these years, the films (and books) will remain in Gen Z and Millennials’ lives.

While Harry Potter is popular with both generations, Millennials are slightly more partial to life at Hogwarts—the franchise comes in at number two for the older generation and number three for the younger. Second on Gen Z’s list is another popular American franchise: The Avengers. The most recent of the Marvel series came out in 2019 and broke some major box office records, including shutting down theater websites when presale tickets went on sale. It also immediately became young American consumers’ favorite movie in 2019, and its ongoing presence on the list (as well as that of Harry Potter, Star Wars, and The Lord of the Rings) proves just how much Gen Z and Millennials across the globe have embraced geek culture wholeheartedly.

Rounding out the list at number 10 is The Matrix, which is one of the many popular movies and TV shows to get a much-anticipated reboot this year 18 years after the last film dropped. And while the reboot, Resurrections, is looking to be a flop, Gen Z and Millennials in Western Europe still count the original as one of their favorite movies of all time.

North America
Hinge’s West Elm Caleb Is The Real-Life Tale of “John Tucker Must Die,” on The Viral List
Women on TikTok are sharing their stories about a serial dater they met on Hinge, you...
Western Europe
Young Europeans 18+ Say These Are Their Favorite Alcohol Brands
It won't be Dry January forever. Here are young Europeans' favorite alcoh...
Western Europe
How Popular Are Podcasts in Western Europe? These 3 Stats Tell the Story
Podcasts have been growing in popularity for years now. But how many young European...