3 Stats That May Change What You Think About Millennials & Cars 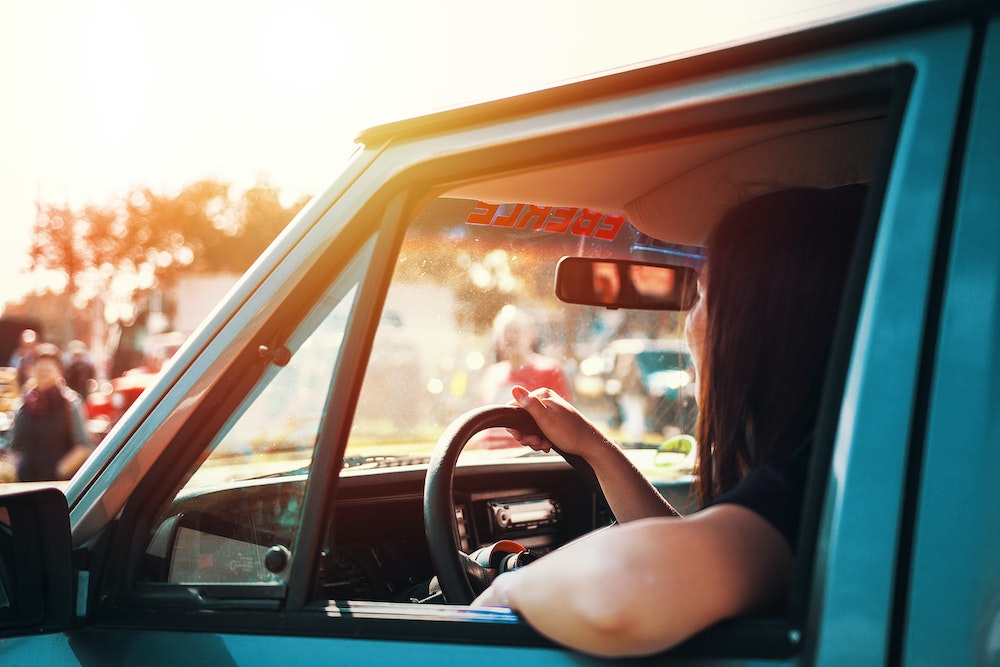 They were accused of abandoning car ownership and killing car culture. But we’ve found this generation’s feelings about cars don’t match up with the rumors…

But we’ve long said that Millennials aren’t killing the auto industry—they’re just changing it. As the generation has come into adulthood, and more spending power, they’ve been proving that they do in fact want cars. In fact, YPulse’s recently released trend report Driving Forward found that the pandemic and quarantines have actually sparked a newfound appreciation for cars for Gen Z and Millennials.

But the idea that younger generations don’t care about cars has persisted—so here are some of the stats we uncovered that contradict some long-held narratives about Millennials and cars: 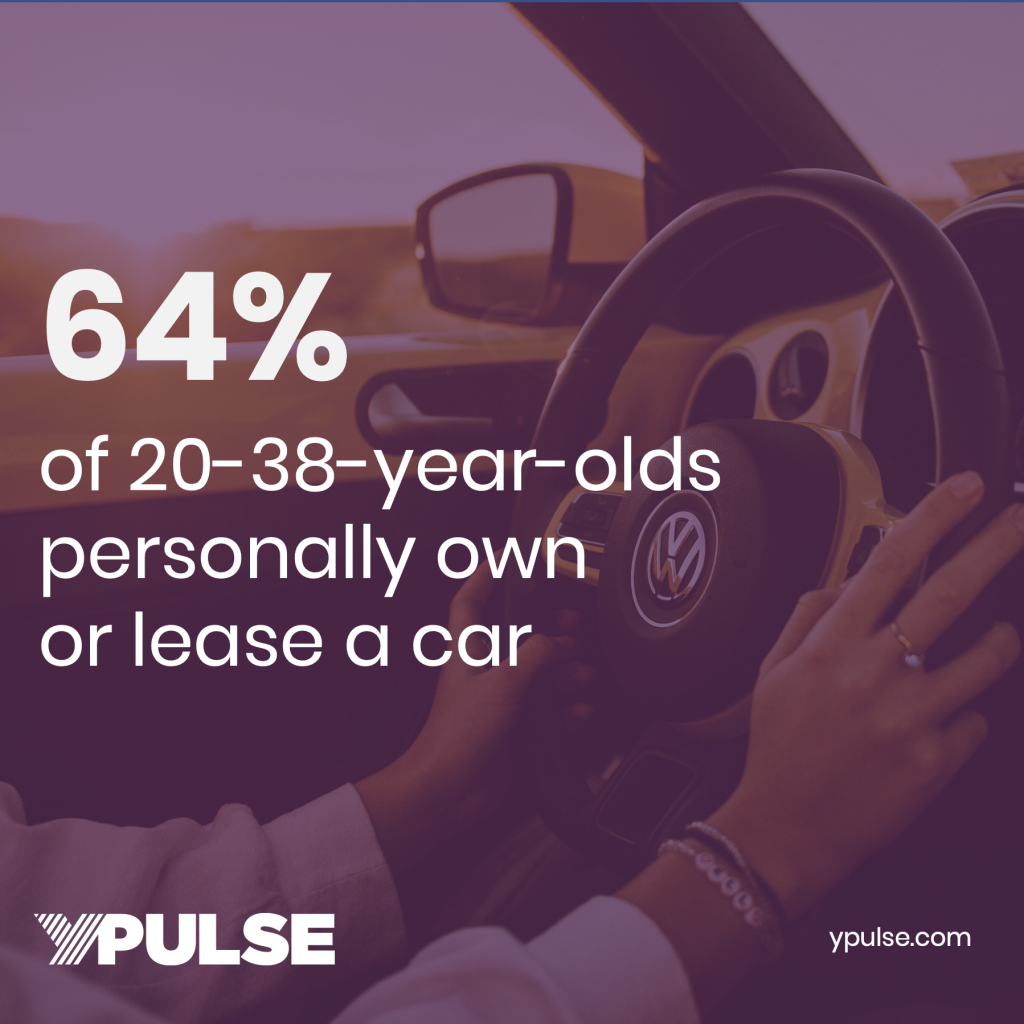 The majority own or lease their own car.

Yes, Millennials own cars! In fact, the majority do, with 64% of 20-38-year-olds telling YPulse they personally own/lease an automobile. An additional 13% tell us that they use a car owned or leased by someone else in their household, which means that 77% of Millennials are regular drivers. Only 13% of the generations reports not having a driver’s license or permit. As Wired once put it, “the death of cars is greatly exaggerated.” Not only have Millennials been buying cars, they’re actually more likely to own some kinds of cars than Boomers are: According to a survey from insurance and car culture company Hagerty, Gen Z and Millennials are actually more likely than older generations to own a classic or collectible car with a quarter of Millennials saying they own one compared to 13% of Boomers. (Although they report Boomers are most likely to be “true collectors” who actively go to car clubs and attend special events like car shows and auctions.) And the number of Millennial car owners—classic or not—is on an upswing: YPUlse’s Driving Forward research found that 11% of Millennials have purchased a car because of COVID-19. Meanwhile, the new realities of the pandemic is causing many to re-examine their living situation, with a migration to the suburbs already in the works, which is likely increase their desire to own a car. 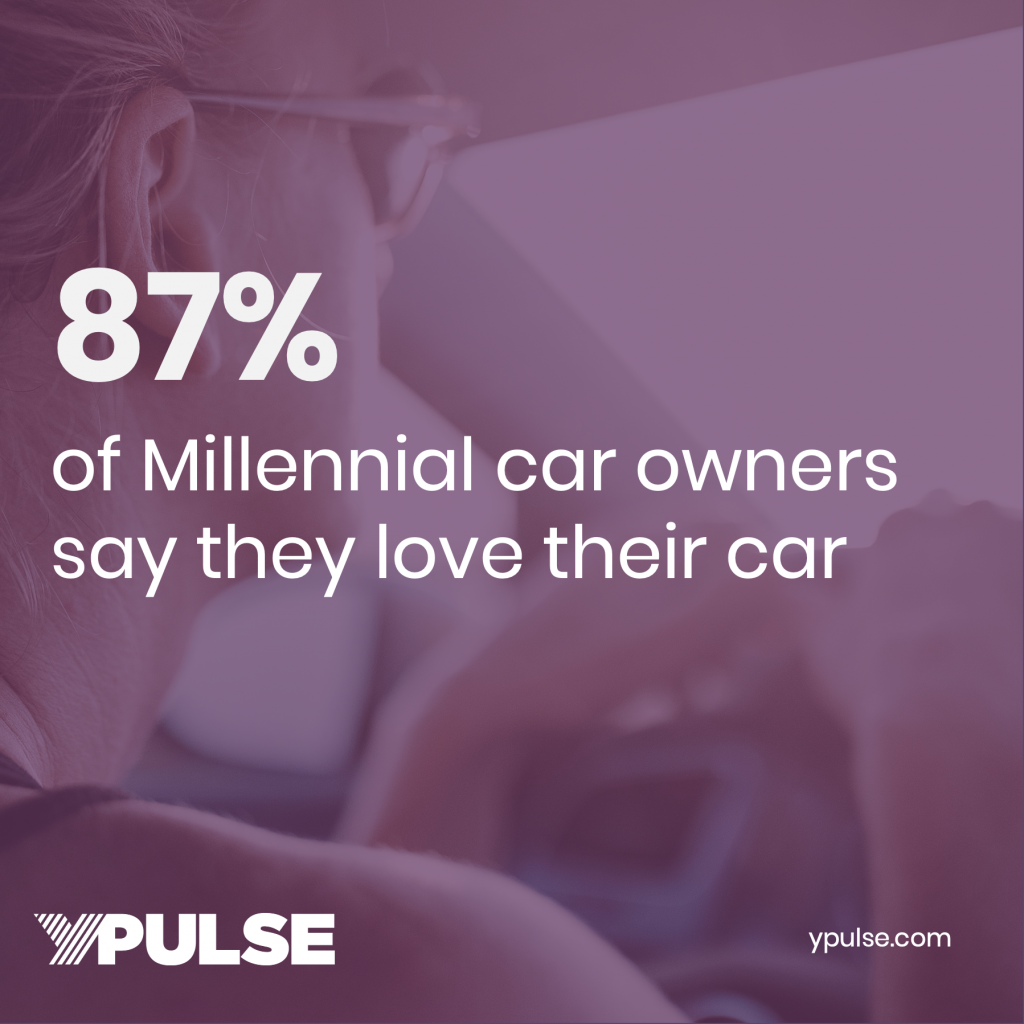 This generation doesn’t just own cars—they actually care about them, with 87% of 20-38-year-olds car owners agreeing with the statement “I love my car.” YPulse’s research shows that though over half agree that you don’t really need a car to get around these days, driving their own cars was by far Millennials’ preferred method of transportation pre and post COVID. Boomers and Xers have enjoyed the reputation of being the beating heart of car culture, while it’s been assumed that Millennials just don’t care that much. In fact, in 2015 an Uber investor quipped, “Millennials don’t give a s— about cars,” Just last year, Forbes published an article titled “The Reasons Why Millennials Aren’t As Car Crazed As Baby Boomers.” But though they didn’t flock to buy cars at the same ages that Boomers did, it’s clear that Millennials are invested in their vehicles once they have them—which is a change auto brands may need to catch up to. 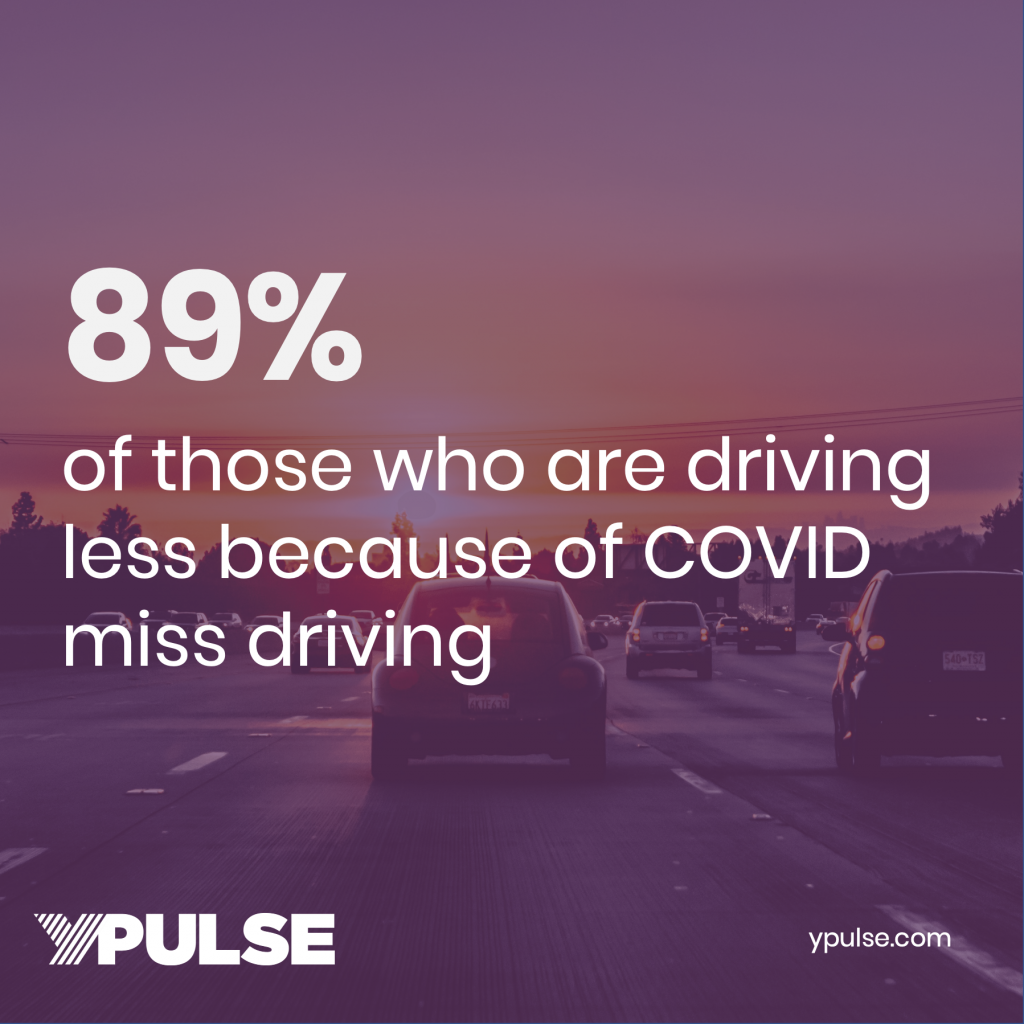 They’re driving less because of COVID—and they miss it.

Another piece of evidence that Millennials aren’t the car-hating, or car-agnostic, generation that they’ve made out to be: many with driver’s licenses have been driving less as they’ve stayed and worked at home because of COVID, and YPulse’s research shows that they miss their time in cars. When we asked what they miss about driving, only 11% of Millennials told us that they don’t miss it at all. And while their daily driving has decreased significantly, over half of Millennials who have a car say they’ve been driving it more just to escape from their home. The pandemic is reshaping their relationship with cars, turning the vehicles that were once part of mindless routines into a key element of escape from routines. We’ve seen drive-ins thriving during this time, brands using cars to bring back experiencification, and road trips trending among young consumers craving safe adventures outside the homes they’re spending so much time in. The fact that they’re missing driving is a telling part of their newfound appreciation for cars, and their new use for them.