4 Apps Made by Teens, For Teens 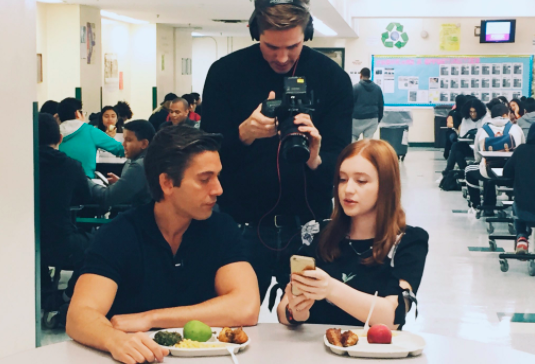 These teens are making apps that solve their peers’ unique problems…

Capturing the attention of young consumers through an app is not an easy feat. Not only is “app juggling” a common practice for them, they’re also very selective as to which apps they spend time on. According to an Activate study, smartphone owners use about 27 apps per month, but spend 80% of their time in just five. For teens the stakes are even higher: our recent survey on mobile behavior revealed that 13-17-year-olds have 10 fewer apps than 18-33-year-olds on average, and use about six daily compared to 18-33-year-olds’ seven.

Almost half of 13-17-year-olds have told us they download an app because it solves a problem or makes something easier, presenting an opportunity for developers looking to offer something of value to the age group. But who can understand the problems teens face better than an actual teen? Young consumers are not only tapped into their peers’ desires and struggles, but growing up in the digital era has afforded them the ability to play with technology far earlier than the generations that came before them. Sixteen-year-old app developer Ben Pasternak spoke to Ypulse this year about his app Flogg, which was inspired by small Facebook communities he says were being ignored by the social network. After observing his friends selling goods through the groups, he “set out to create a much better experience to buy and sell within these tight communities” and says that Flogg’s “differentiation lies in [their] deep understanding of the teen mindset.” Pasternack isn’t the only teen identifying problems to be fixed by watching his peers—here are four more apps made by teens, for teens: 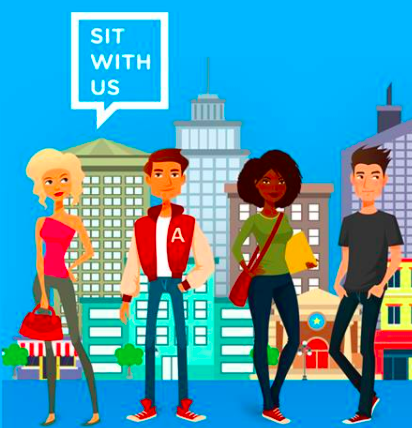 Bullying can be a major threat to teens just learning to navigate the social world, both online and off. Natalie Hampton knew the worrisome feeling well when she spent her entire seventh grade year eating lunch alone at her school, making her a target for hurtful judgment. This September, the 16-year-old launched Sit With Us, an anti-bullying app that helps students find lunch buddies in their schools. Through the platform, students can sign up to be “ambassadors,” posting “open lunch events” that invite other students to join them at their table. Students standing up against bullying as proven to be a useful tool in the past: a New Jersey middle school initiative which provided “popular” students with social media tools to fight bullying saw a 30% decrease in student conflicts. 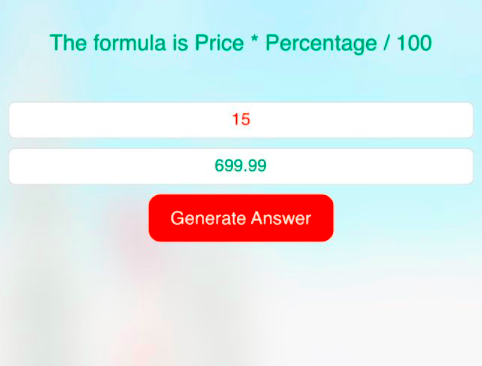 Math homework can be a challenge for the average high schooler, so one student built an app to do it for them. After a school transfer put him behind in a geometry class, Amit Kalra used the coding knowledge he acquired from playing online games to create 6284 Calc, an app that takes “the guesswork out of algebra, geometry, calculus, and other subjects, by allowing users to input the values into the given formula.” For a one-time in-app purchase, users can also learn all the steps needed to get to the solution. So far the app has about 30,000 downloads with very little marketing, other than Kalra texting it to all his friends, and has “caught the attention of Apple,” who invited Kalra to this year’s Worldwide Developer Conference. 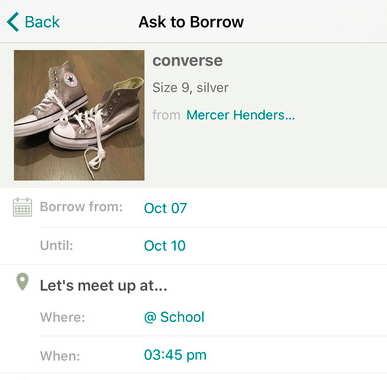 The classic teenage gripe “I have nothing to wear!” finally has a solution. Created by 13-year-old Mercer Henderson, an experienced app developer, FriendIts is an app that houses private communities where users can share clothes and accessories, and trade whatever they’d like. Henderson’s first app Audiots, released over a year ago, added sounds to emojis, and has generated over 50,000 downloads. Both apps were produced through Henderson’s company 4GirlsTech, which aims to empower young girls through entrepreneurship. The young entrepreneur says of her work: “I love creating things and making it easier for my friends and me. It’s allowed me to have fun experiences…”

Young foodies are becoming more open to the idea of a vegan lifestyle, but finding options can be difficult. Fourteen-year-old vegetarian Ayush Sanghavi—who once led an assembly on the cruelty of animal testing attended by 400 of his fellow students—wants to change that with an app that allows users to choose a food type and find a list of “delicious cruelty-free products” that they can eat. Vegan Alternatives also outlines information on why people have been turning to a “compassionate vegan lifestyle” and how changing eating habits can help save animals. Peta recently awarded the teen for his work in helping animals.