Can Cameras Keep up? The Fight to Appeal to the Smartphone Set 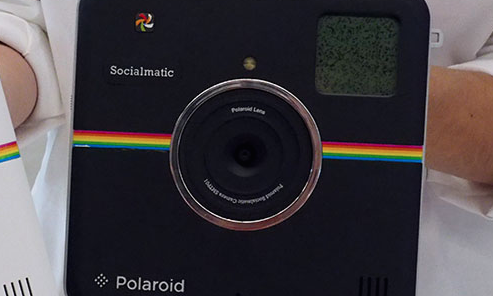 Have smartphones completely killed the appeal of cameras for Millennials and teens? They face a tough battle, but these brands are trying to keep up and strike a balance that will bring their products back into the lives of young consumers.

It is likely a frustrating irony for camera companies that a generation of consumers obsessed with documenting their lives doesn’t need an actual camera to do so. Smartphones have, of course, usurped the camera’s position: 70% of Millennials, and 78% of female Millennials, told us in a Ypulse biweekly survey that they use the camera on their smartphones frequently, and other studies support that their phone’s camera is their favorite feature. 59% said that camera quality was extremely/very important when purchasing a smartphone. When we asked whether they would rather take a picture with their phone or a camera, 14-29-year-olds are split 50/50. 10% had a digital camera on their as a tech item on their holiday wishlist in 2013, versus 23% who were asking for a smartphone of some kind. The camera has clearly lost major ground with these young consumers.

But cameras shouldn’t necessarily be counted out. It’s a tough battle, but not an impossible concept that they could eventually find a balance that will appeal to these young consumers. After all, look at record players and vinyl, which thanks to Millennials have seen a comeback few would have predicted. But these brands are not counting on nostalgia to pull them through. GoPro is building a market based on capturing high-quality footage of extreme activity that smartphones just can’t handle. Meanwhile, some of the most recent innovations in the camera category show traditional cameras are being updated to keep up with the connected, social preferences of young consumers. These devices meld point and shoot with smart tech, instant sharing, and experience collecting. Here are three camera innovations that are fighting for the attention of the smartphone set: 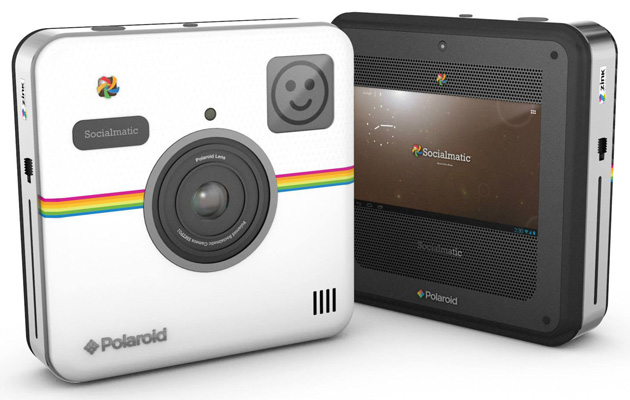 What would happen if Instagram’s logo came to life as a camera? Poloroid is going to find out. Their new Socialmatic camera is a point-and-shoot digital that is also part smartphone and part photo printer. The back of the square (yes, square) device is a touchscreen, which Engadget calls “a smartphone without the calling module,” and the whole thing links with the user’s phone via Bluetooth or WiFi. Photos can be downloaded digitally or printed out of the camera itself with the addition of icons and messages. Each camera has a unique QR code, and each image is printed with a code as well so that when scanned, users can follow other Socialmatics and see their images. Since QR codes have still failed to take off in a major way we aren’t sure this particular feature will appeal, but it does show that Polaroid is experimenting with integrating social elements to photo taking—a must if they want to capture this new generation. Socialmatic, set to be released in early 2015, is certainly out-of-the-box, and while this particular attempt at a camera “revolution” might not hit the mark exactly, it at least shows that the brand is willing to create unexpected products to innovate and evolve. 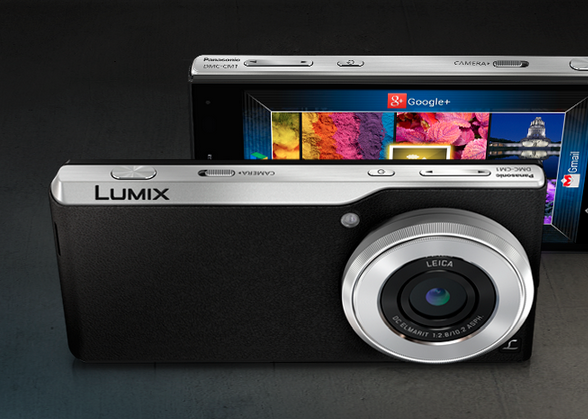 If the camera is one of the most important features on a smartphone for Millennials and teens, why not create one that gives them those camera features on steroids? That’s what Panasonic has created with the Lumix Smart Camera CM1, which looks like the lovechild of a point-and-shoot and an Android phone. The CM1 is a “connected camera,” which means it has all of the features of a smartphone in the back, and a fully functioning digital camera, including hand-adjusted lens, on the front. Forbes called it out for potentially being “the world’s best camera phone,” and called it a “game changer.” So while this device is only being made available in Germany and France this holiday season, but we wouldn’t be surprised to see it stateside if its European release is a success. 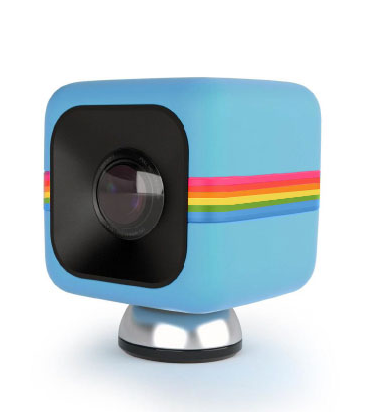 You could say that this itsy-bitsy, dice-shaped camera is cute, but this tiny device is Poloroid’s direct aim at the GoPro adventure market. Cube is an action camera that is small enough, and tough enough, to go anywhere. With a magnet on the bottom and a set of attachment accessories and mounts, it is meant to “capture life’s action wherever and whenever it happens.” But the big differentiator is the price: Cube is $99, making it attainable to those young consumers who might dream of a GoPro lifestyle, but who don’t have the budget to support it. Polaroid has planned the camera for those who want to capture a wild night out over a night climb up a mountain. It’s GoPro-lite. Wired made the bold claim that Cube could revive the brand, and if it is able to tap into the GoPro-mentality, and show that Cube helps to capture and share experiences and stories, they could be right.