The Word on Weed, Who to Follow, and More: Teen Mag Roundup 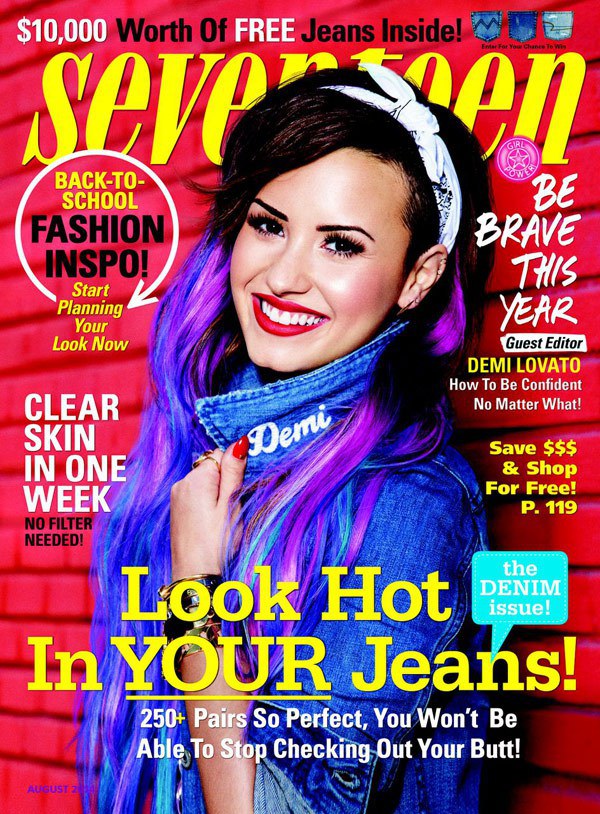 We combed through Seventeen, Nylon, and Teen Vogue so that you don’t have to, identifying key insights from teens themselves, young talent attracting audiences in the millions, and marketing movements that are resonating with Millennials through relevant conversation. Read on for the most important bites of informations: 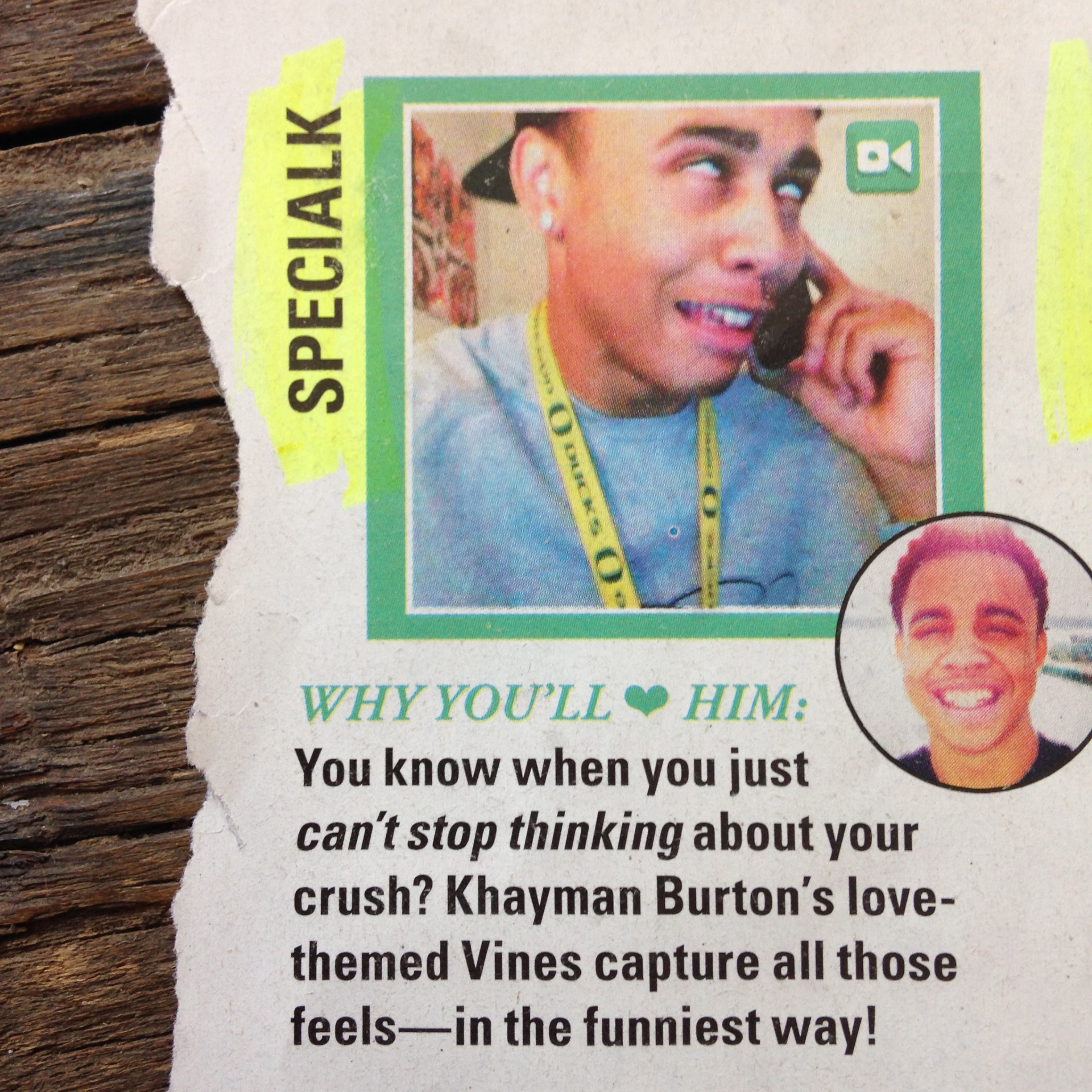 SpecialK (aka Khayman Burton)
This freshman at the University of Oregon has 1.5M Vine followers and 106.1M loops on his video feed, but his heartthob status may be more important than his video content. The 6’7” athlete is named in many teen girls’ Instagram profiles as their celebrity crush, and scrolling through his Vine is a whirlwind of screaming fans and shout outs to female friends. Khayman was recently a headliner for Scream Jam, a meet and greet event in the Bay Area where him and Viner Ronnie Banks (creator of the #DoItForTheVine trend) made fans melted just by dancing onstage with music artists Derek King and Sage The Gemini. 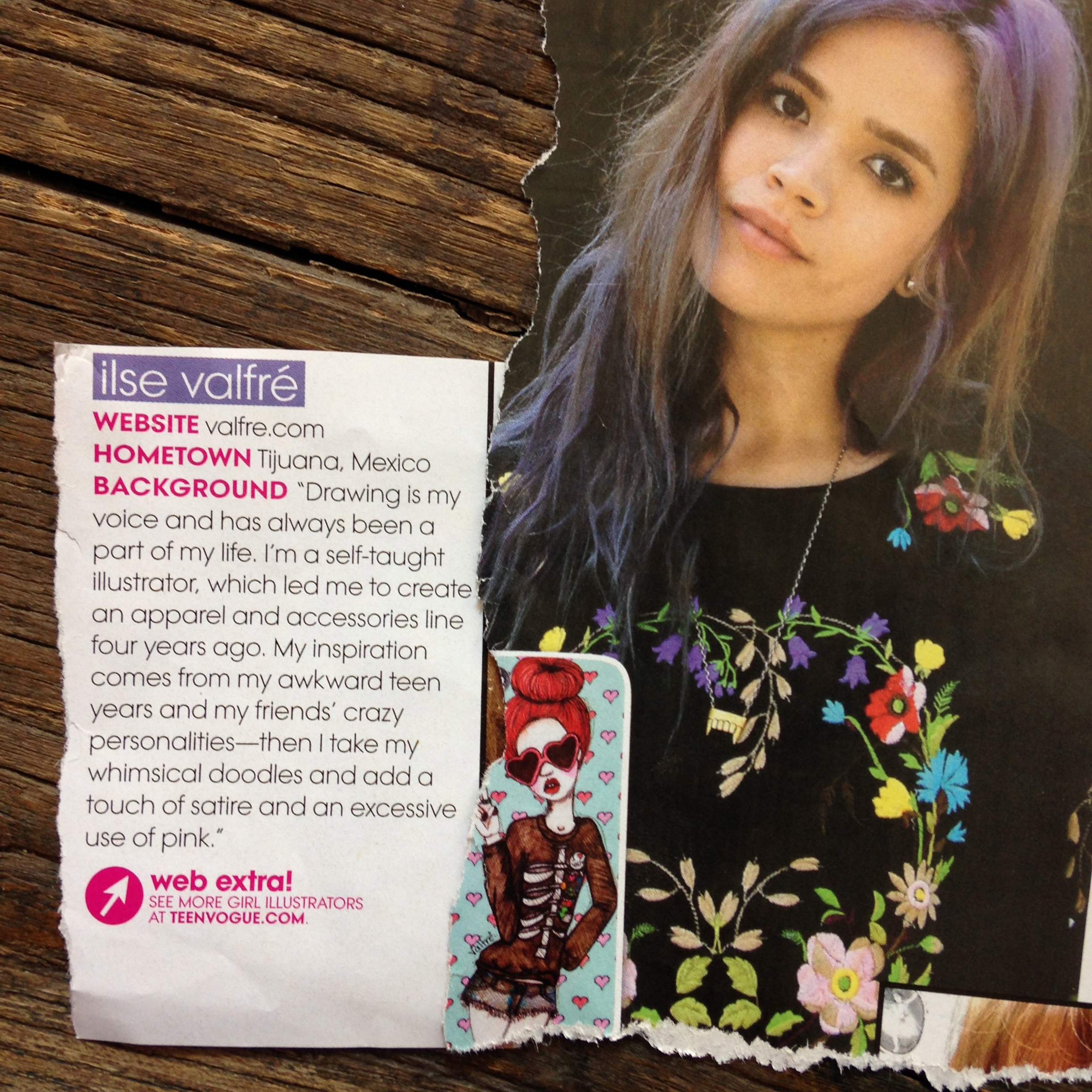 Ilse Valfré
Hailing from Tijuana, Mexico, Ilse brings a unique voice to her sometimes grotesque, always beautiful illustrations by taking “whimsical doodles and add[ing] a touch of satire.” Her 126,000+ Instagram followers stalk her pages for new #valfre artwork, and are happy customers of her products, including phone cases, tees, sweatshirts, makeup cases, backpacks, and art prints. The young entrepreneur has been featured in both Teen Vogue and interviewed by Nylon, gaining wider recognition as new fans catch on. 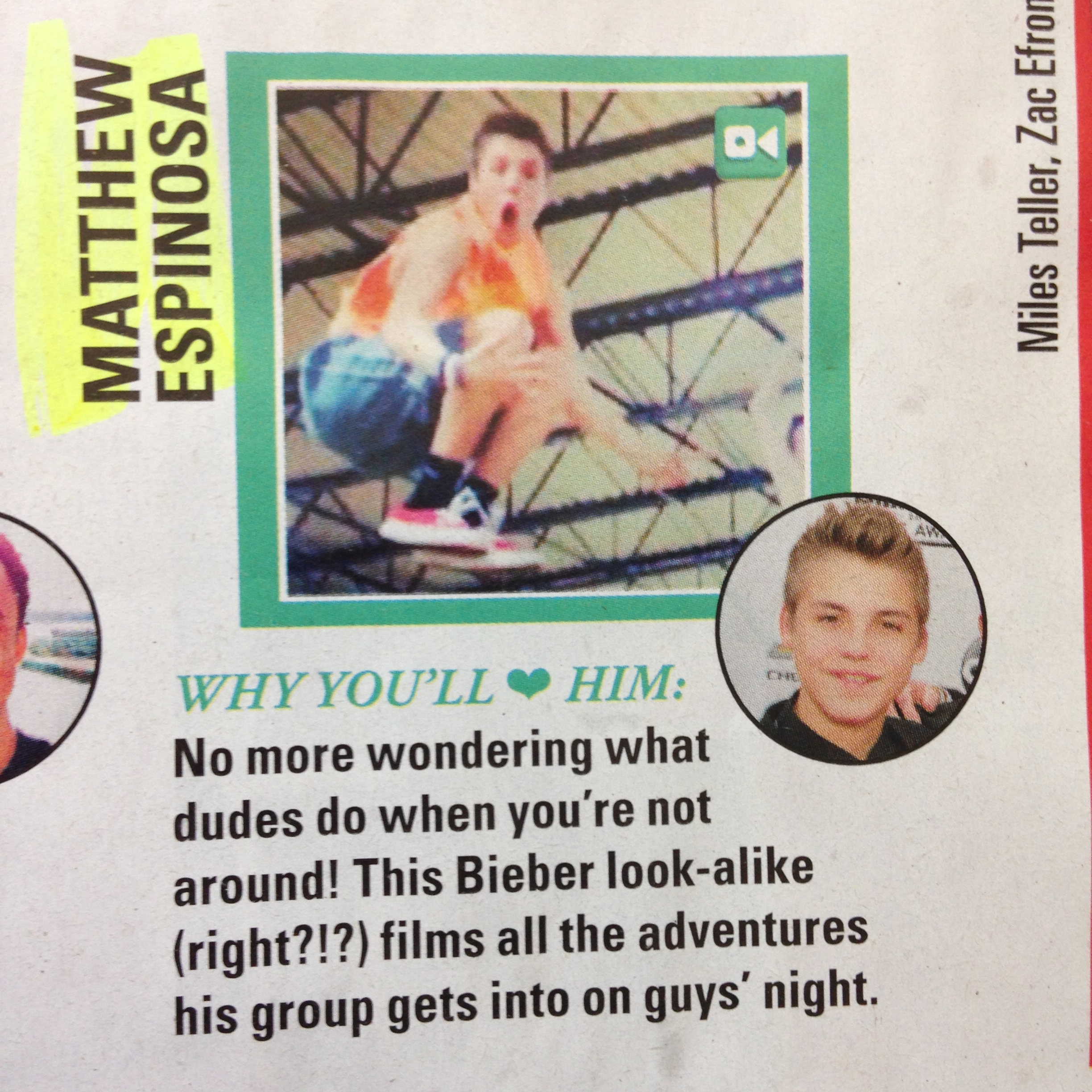 Matthew Espinosa
This 16-year-old from Virginia has 3.7M Vine followers, 2.1M Instagram followers, 1.5M followers on Twitter, and over 1.3M subscribers on YouTube—pretty impressive for someone who just hit the one year mark on social media. Maybe it’s his Justin Bieber look-a-like appeal or popularity in the elite Vine clique, but his seemingly normal life and observations about girls, school, and general online trends are what make Matt appealing across all social media fronts. Insane followers count aside, he’s just your average teenager. 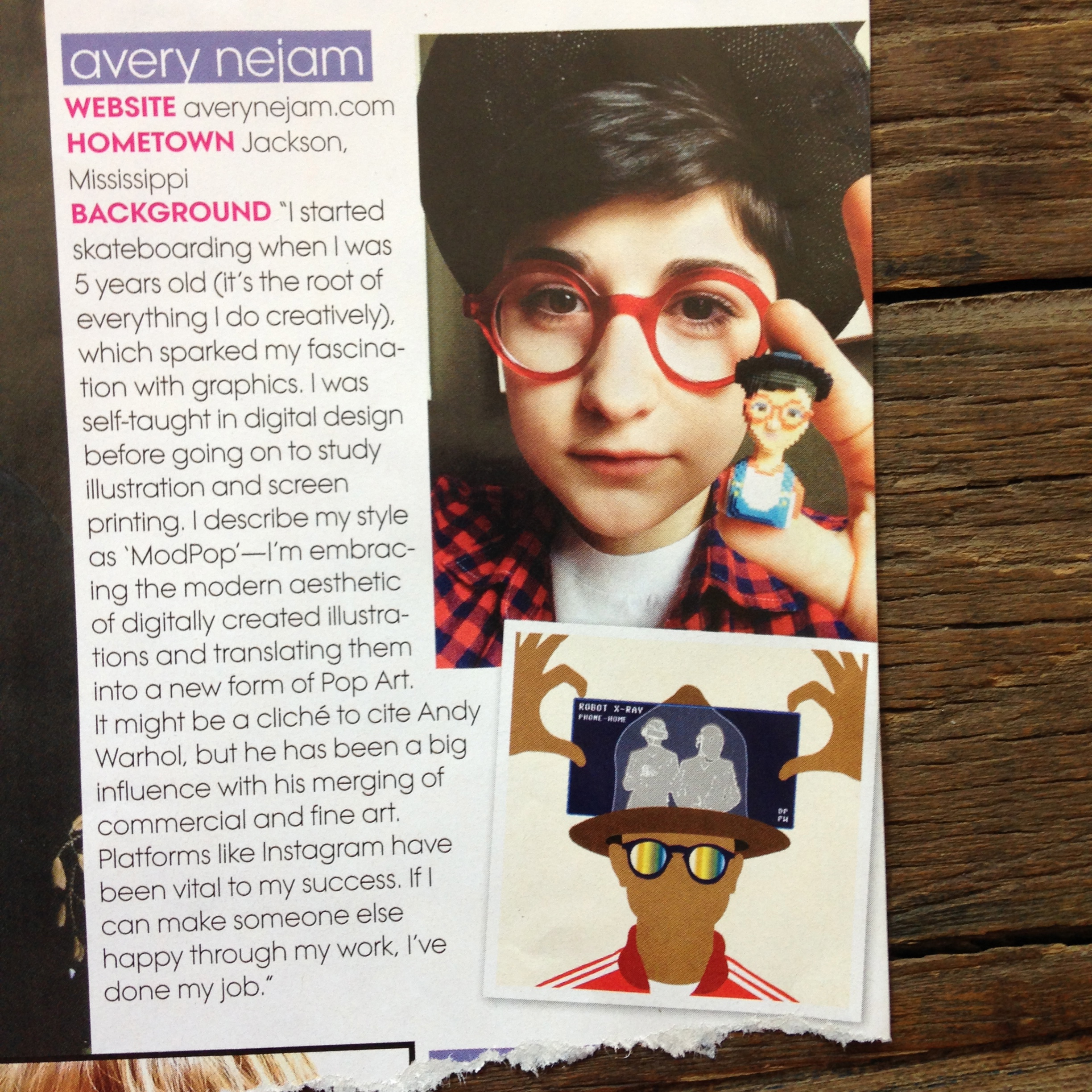 Avery Nejam
Though she’s from Jackson, Mississippi, Avery is no Southern Belle. She began skateboarding at age 5 and taught herself graphic design before studying illustration and screen-printing. Her style is described as “ModPop,” inspired largely by Andy Warhol, and combines pop culture figures with bright graphics for literal representations of artist lyrics or quotes. She says, “Platforms like Instagram have been vital to my success,” and with 6,500+ followers we can see the collaborations coming. 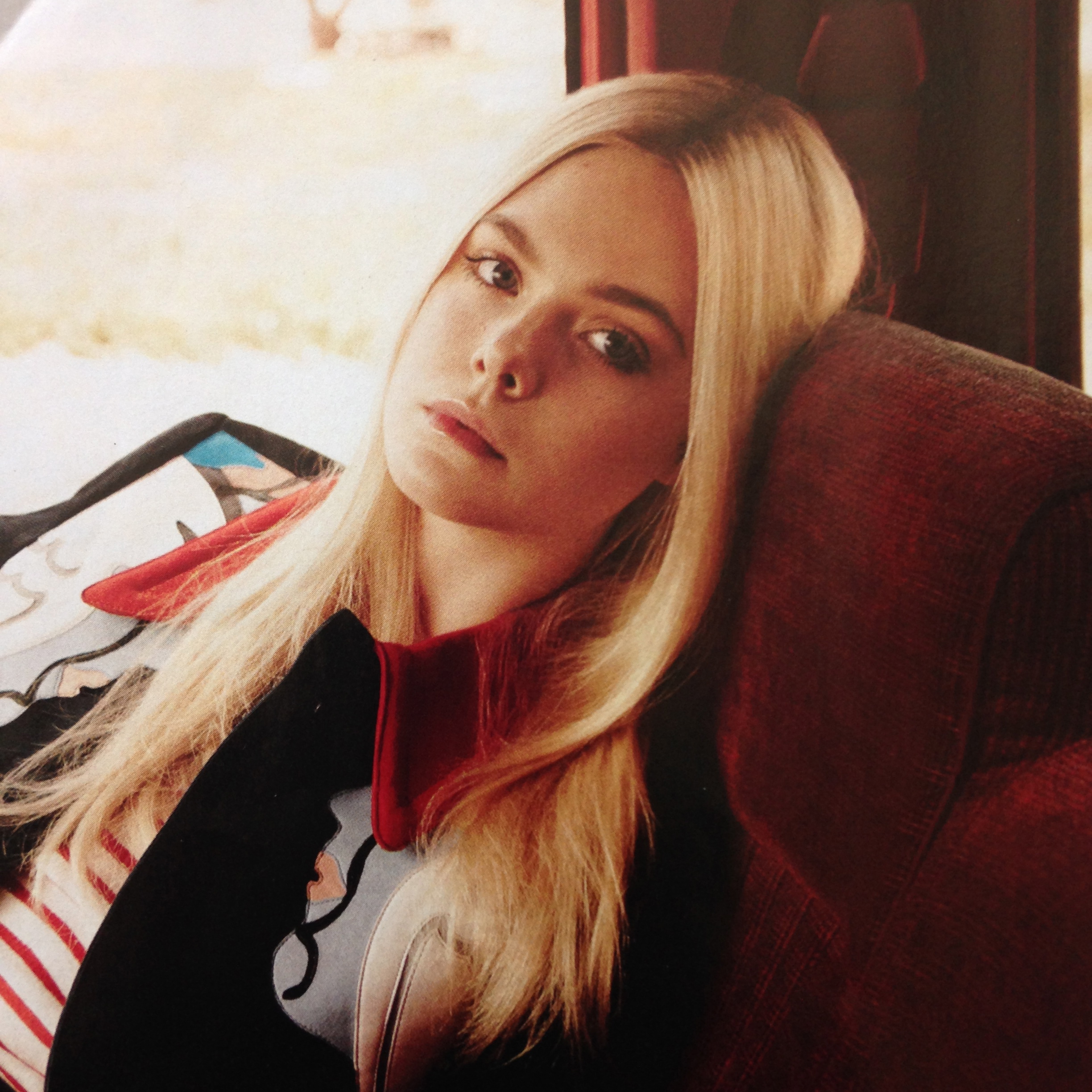 NEXT GEN ‘IT’ GIRL

Elle Fanning is the cover girl of this month’s Teen Vogue and is frankly a breath of fresh air among her fellow Hollywood teens. On her days off, the 16-year-old can be found in her high school uniform, sans makeup, chatting with friends via private social media accounts. Maintaining a sense of anonymity may be difficult during the premiere circuit for Disney’s Maleficent, currently in theaters, in which she stars as Aurora opposite Angelina Jolie. But underneath the Miu Miu campaigns and red carpet events lies a normal teen girl who loves Snapchat, avoids Twitter, collects bubble gum wrappers, and hopes to wear a tux to her next prom. Like Jennifer Lawrence and rising females before her, Elle’s infectious personality, grounded in reality, is what makes her the next gen ‘it’ girl.

YOU CAN SIT WITH US: MARKETING MOVEMENTS TO KNOW 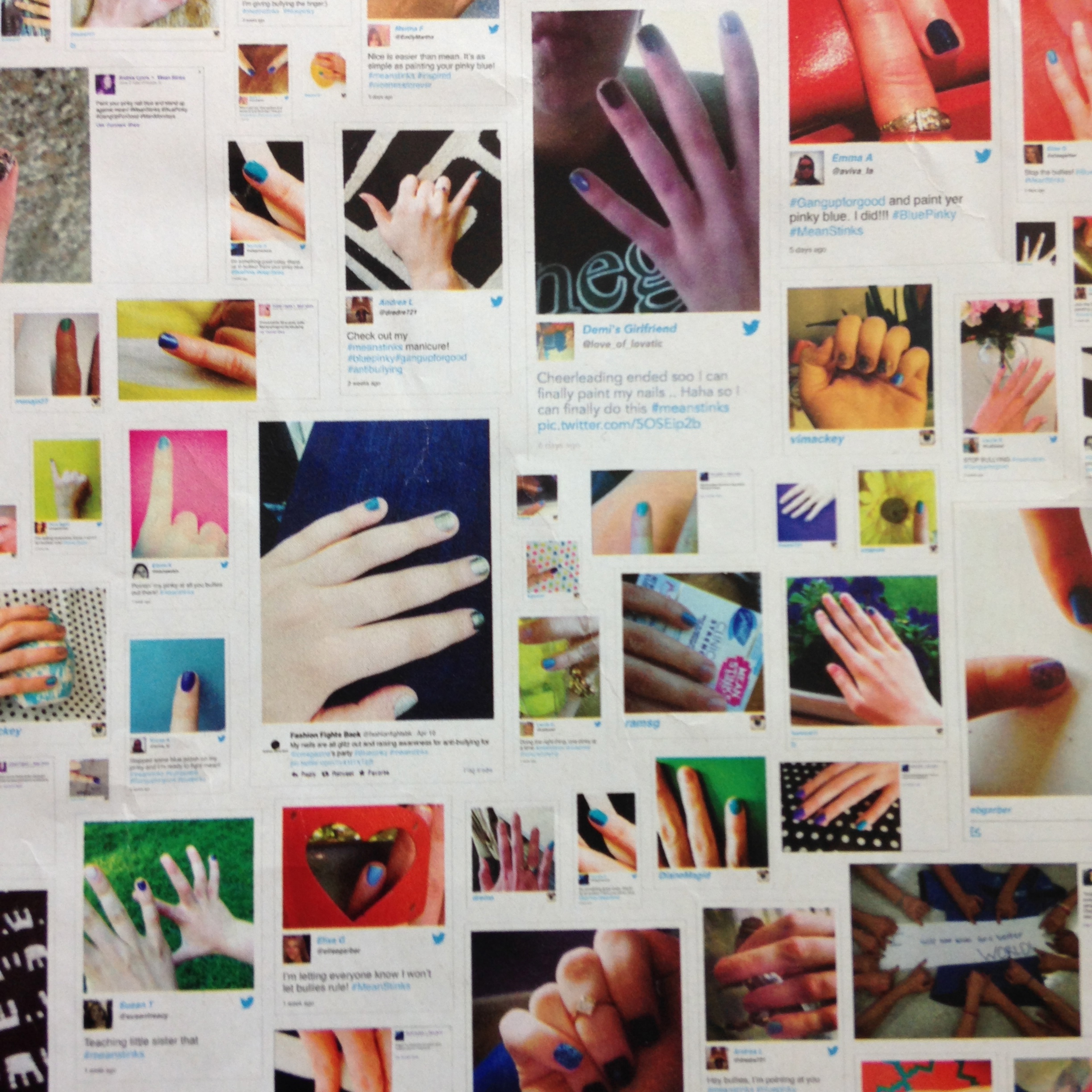 Bullying has grown from a playground encounter to a serious issue among schools, with teens and younger kids especially. Movements are popping up that put bullying on blast and rally people on social media in order to gain widespread support, and two campaigns against bullying caught our eye while flipping through Seventeen and Nylon. First is the #MeanStinks movement from Secret. Through the hashtag, Secret is collecting all mentions of #MeanStinks and those who “Gang Up for Good” by painting their pinkies blue, the color of bullying prevention. Entire schools are being brought in on the cause, vying to be featured as one of the “Nicest Schools in America,” and spreading the movement through social media. Also on the anti-bullying front is the Kind Campaign, a touring non-profit created in part by Aaron Paul’s wife Lauren Parsekian. Kind Campaign has teamed up with Element Eden, an artistically inclined female lifestyle brand, to offer pink muscle tees printed with “You Can Sit With Us,” riffing on Mean Girls most iconic phrase. 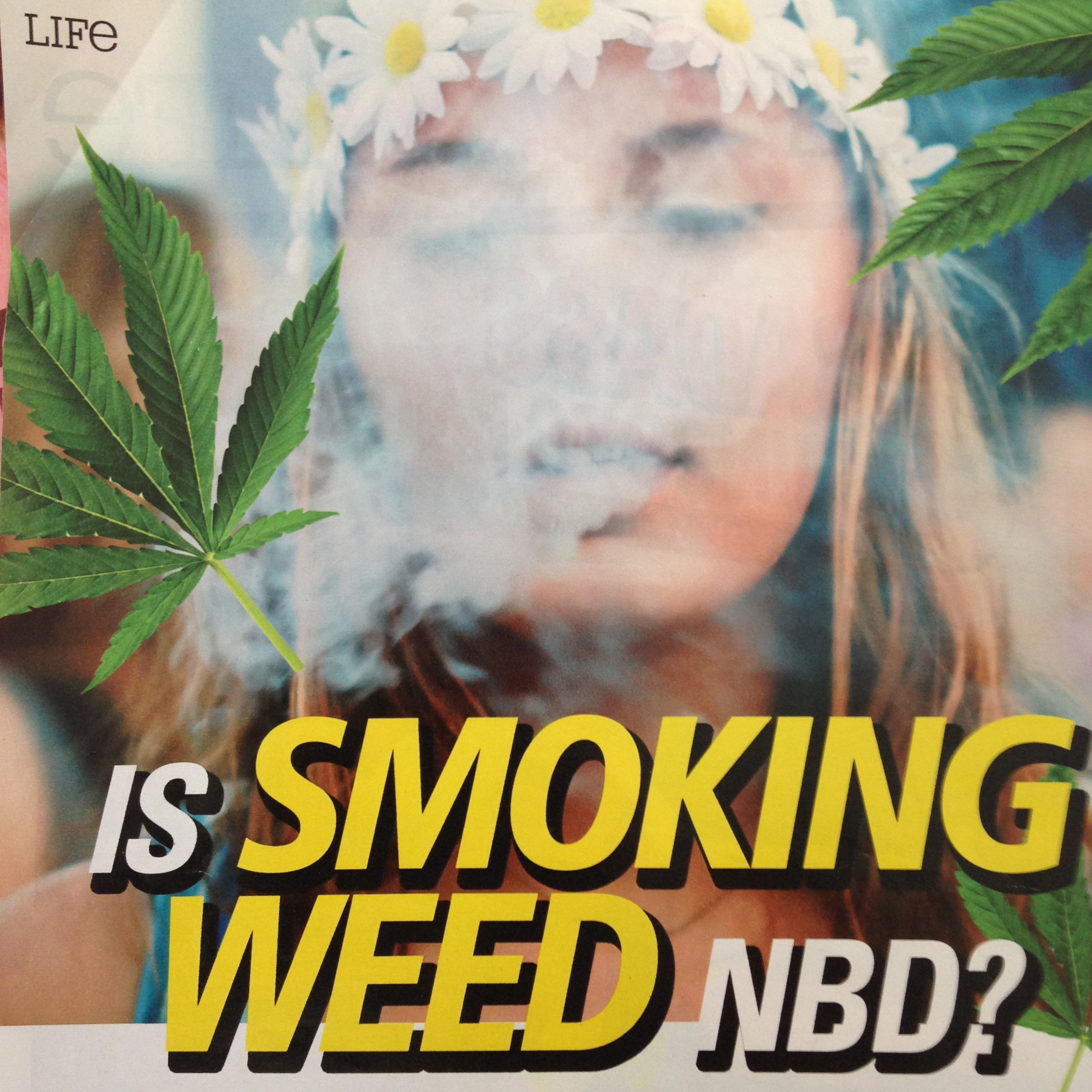 THE WORD ON WEED

Last year we reported on why Millennials don’t think weed is that big of a deal, and for the 35% of Millennials 18+ who have experimented with marijuana, the business of weed is on the brink of a boom. Marijuana was named as the most used recreational drug in an April-May Ypulse survey of 1000 Millennials and was considered less harmful than almost any rebellious, unhealthy, or illegal behavior, including alcohol and texting while drivng. Seventeen dug deeper into weed culture among high school students specifically and found that 60% of seniors in high school don’t think weed is harmful. Additionally, 1 in 10 high school student claims to smoke every other day, and opinions from young females on the drug showed a more laid-back association than ever before:

“Seeing these big celebs smoke proves you can still be ambitious and accomplish a lot.” —Sarah, 19

“I don’t even think I’d get in trouble with my parents if they found out. They’d just be like ‘Keep your grades up and don’t do the harder stuff.” —Jaimie, 19

“People use it as actual medicine, and it’s not as poisonous as alcohol. I never get a brutal hangover when I get high, and it doesn’t make me lose control the way drinking does.” —Sarah, 19

“Knowing it’s fine to smoke somewhere just makes you feel like it can’t be that bad.” —Monica, 19

“My high school had lots of cliques, but everybody got along because we all had one thing in common—on a Saturday night, everybody was up for taking a hit.” —Jaimie, 19