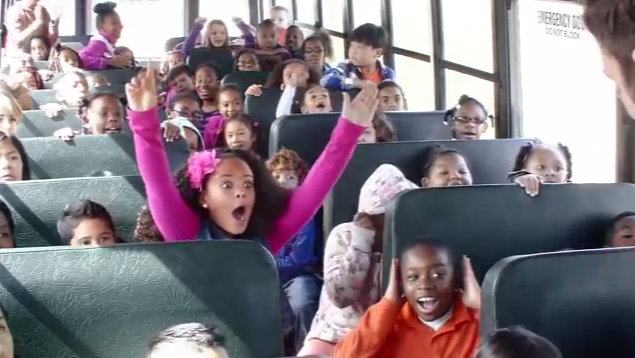 Unlike years past, when items like a brand new Tickle Me Elmo had parents stampeding to rip their kids’ dream item from the shelf, there is no must-have toy this season. That is no doubt why the massive toy industry isn’t in its highest spirits this holiday season, as sales projections have decreased by 2% from last year. Shoppers have shortened their wishlists in general, but 30% are planning on buying less toys as gifts this year, focusing instead on other sectors like technology and clothing. Gaming systems like the Xbox One and PS4 will no doubt be a substantial portion of the gift share for Millennials, and take a large chuck out of shoppers’ budgets. Video game purchases are obvious add-ons and were number one on our Millennial Tech Wish List.

Since the landscape looks rough and tumble, retailers have taken extra precautions to ensure that they stock the right toys. There have been shortages for some who are using a lean approach to avoid excess inventory. Retail giant Walmart, however, turned their research into a marketing opportunity with “Chosen by Kids,” an event that rounded up 1,000 kids from 18 months to 10-years-old to test the toys themselves. Insights from this event led them to re-think their offerings to give the kids what they really want. Toys”R”Us is using a social media heavy approach, advertising its #TRUHotToyList and showcasing different products on its pages throughout the holiday season with areas to ask questions to toy experts.

We’ve done some research of our own to find out what toys kids are hoping to unwrap during the holidays, so here are a list of the top ten, and why they’re taking the lead in this year’s gift guides. 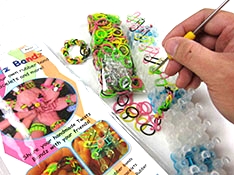 Rainbow Loom
If we could identify one standout product of the year, it would have to be Rainbow Loom. Playing with maker culture and the idea of customization, the Rainbow Loom’s staying power has pushed it from fast fad to fashion. The homemade bracelets are sported by kids everywhere, traded with each other as the new token of friendship, and the looms have even been banned from some school grounds, deemed a major distraction. We highlighted the entrepreneur who embodies the Amercian dream and invented the loom, inspired by his daughters, and unsurprisingly, competitors appeared fast to capitalize on its popularity and offer a substitute for the often sold-out original. 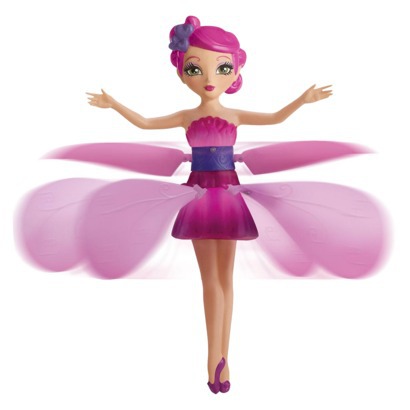 Flutterbye Fairies
In a Tinkerbell-come-true dream scenario, the Flutterbye Flying Fairy is propelled into the air and continues to fly like magic, aided by guided hand movement. Young girls who have reviewed the product love the fact that this toy can fly with such little assistance besides the wave of a hand, and of course, the fairy’s gorgeous dress. One warning, however, is that the toy requires six AA batteries and must be charged before takeoff, so parents should be prepared with something to occupy their little angels in the meantime. 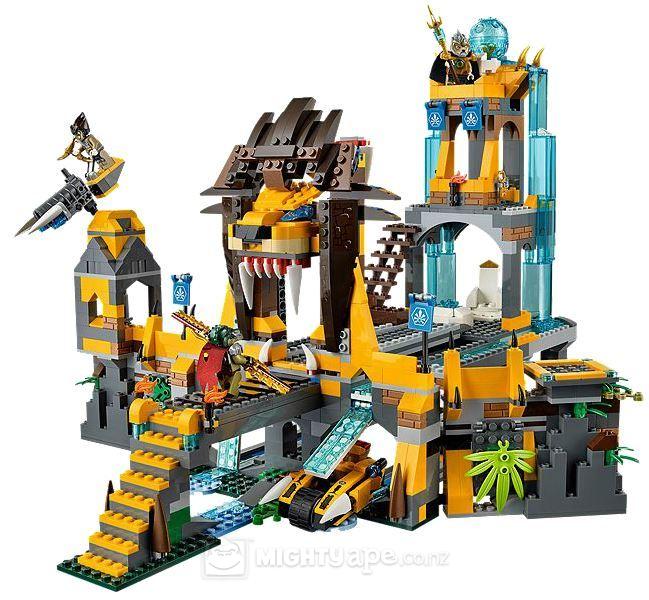 LEGO Sets
LEGO building sets have been around for nearly 100 years, but have constantly evolved in order to appeal to modern-day kids, and with no “breakout toy” this holiday, it is classics like LEGO that are flying off shelves. This year, LEGO has introduced Legends of Chima the Lion CHI Temple, included in this year’s Toys”R”Us Fabulous Fifteen. The Lion CHI Temple combines Avatar imagination with jungle figurines for a detailed building set. Also on the LEGO front are the Star Wars Advent Calendar, which treats kids to galaxy-wide countdown to Christmas, and various Minecraft worlds that take the popular online game offline. 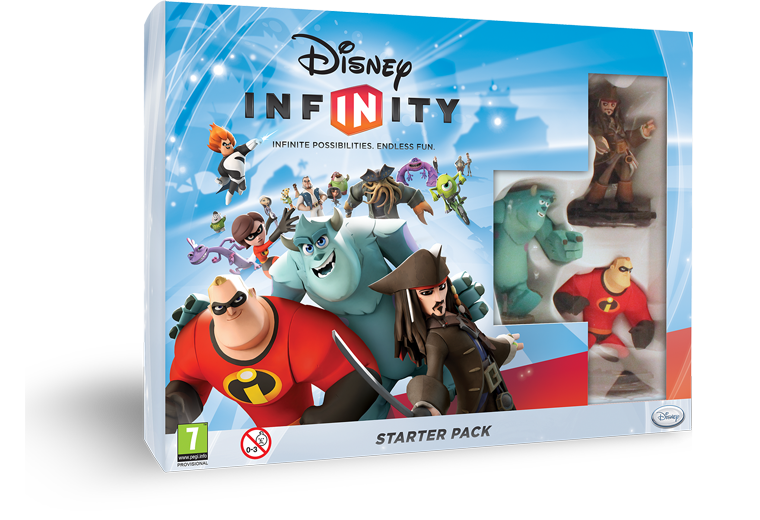 Disney Infinity
Earlier this year we threw Christmahanakwanzika in July by covering Disney’s holiday product line-up, which included the now coveted Disney Infinity gaming system. The interactive and wholly customizable Infinity world combines characters, settings, and challenges from across the Disney brand in the Toy Box. Kids can create their own worlds and then share them with friends, playing along with each other for a collaborative experience. Disney already has plans to expand the Infinity brand to more games and even a new magazine for kids based on its already wild popularity. 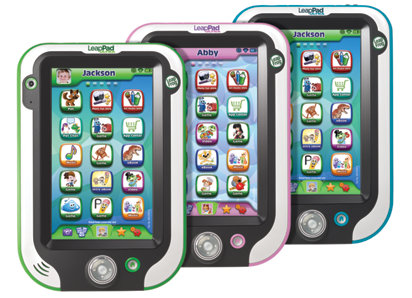 LeapPad Ultra Learning Tablet
No holiday list for young Millennials and Plurals would be complete without a tablet, and the latest from LeapPad is an all-in-one tool that will keep kids engaged for hours on end. Combining play and education is no easy feat, but the LeapPad Ultra introduces new high-tech features like a bigger backlit touch screen, video recording, and pre-loaded apps like a music player and recorder. The nine-hour battery life is one to beat, making this tablet the kid version of Mom and Dad’s…if they aren’t getting an actual iPad for Christmas. 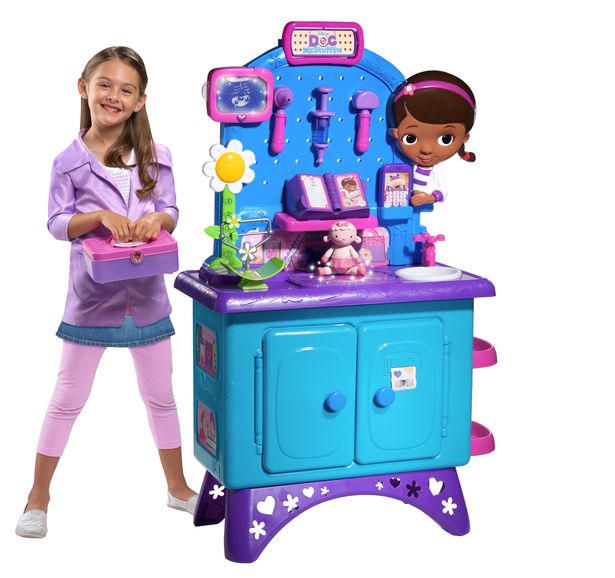 Disney Doc McStuffins Get Better Check-Up Center
Many applaud Disney for its focus on this pop-up medical play center that has replaced the play kitchens of the past. Targeted towards girls, the center comes with an array of tools for authentic play and celebrates Doc McStuffins, a multicultural girl, for her leadership. With the amount of attention being paid to the de-gendering of the toy industry, items like the medical play centers could continue to dethrone the more “girly” items of years past. 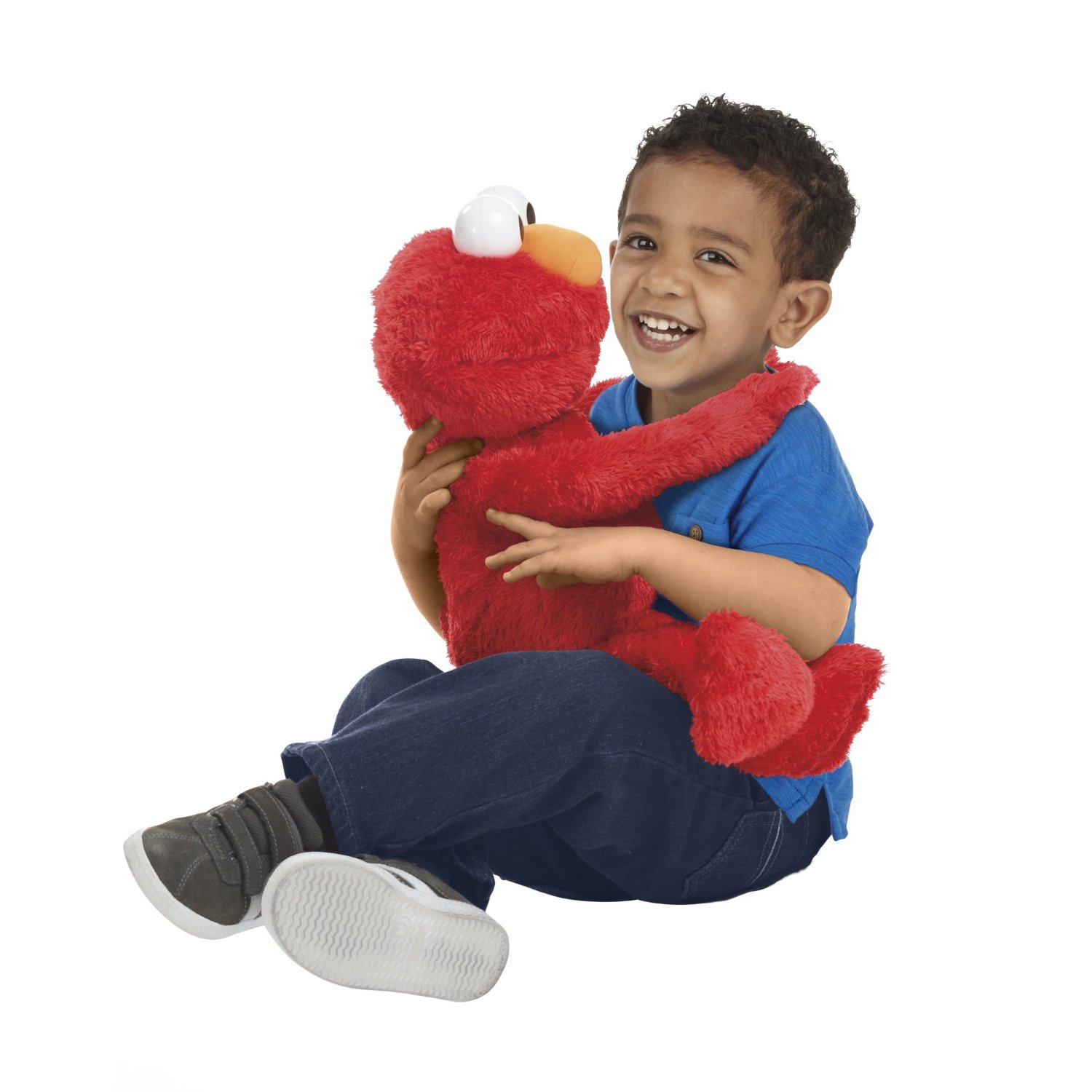 Big Hugs Elmo
Walmart was unsure of Elmo’s relevance with kids today, but in their consulting session with kids, they found that Big Hugs Elmo was a big hit. Elmo is programmed with flexible arms that close around a child when hugged, putting a priceless smile on their faces. Wrapped in a fuzzy embrace, Elmo repeats 50 different phrases, including three sing-a-long songs and four action prompts to fly like an astronaut and act like various animals. Kids are enamored by Elmo’s real qualities and their demand for him is keeping Elmo at the top of holiday wishlists, continuing his decades-long stretch. 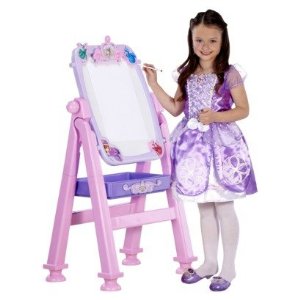 Sofia the First
Sophia the First began as an animated TV series from Disney and has expanded into a princess-worthy empire of books, DVDs, games, and accessories. The Sophia the First doll is the most popular in the line, but this year retailers are each offering different play sets to try and win over additional purchasing. Sophia’s Royal Talking Enchanted Vanity does just what its name describes, and the Deluxe Royal Easel is a two-in-one dry erase board and mirror. 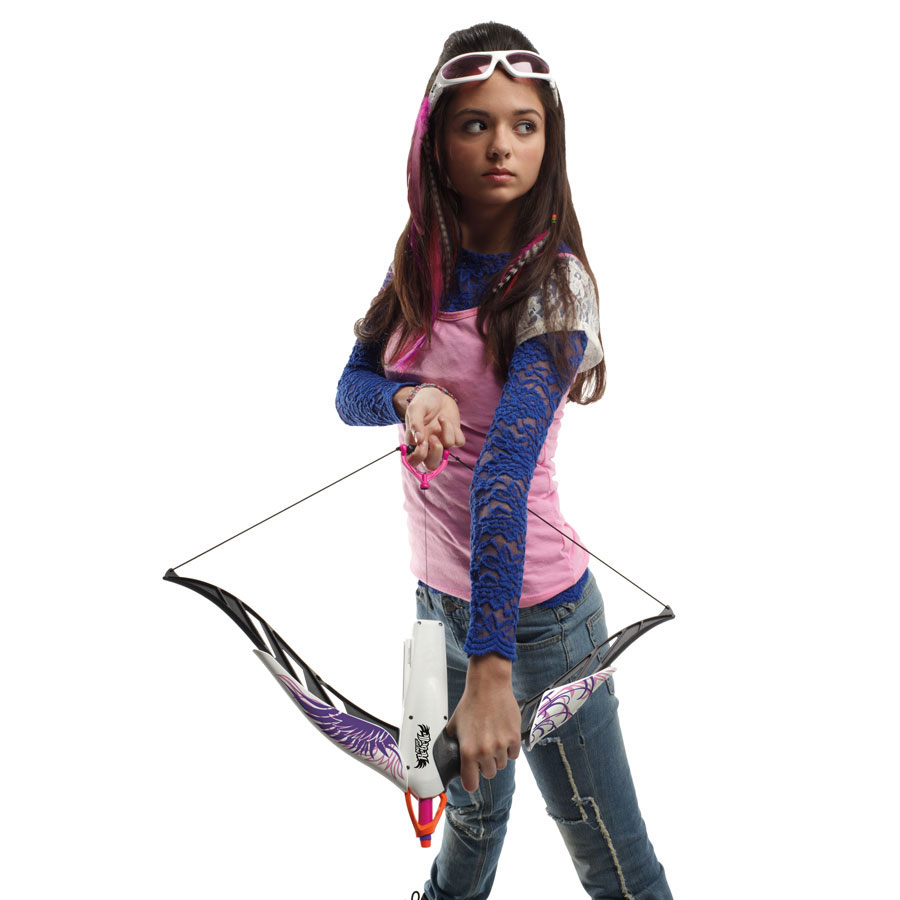 Nerf Rebelle Heartbreaker Bow and N-Strike Elite Rapidstrike CS-18 Blaster
With names like those we can tell that Nerf is stepping up their game, offering more interesting and more powerful versions of the Nerf gun than before. The Rebelle Heartbreaker Bow lets every young girl feel like Katniss or Princess Merida, made in purple and pink for fashionable Nerf-style archery. The boys’ version is a powerful blaster, shooting with increased range, precision, and speed for ensuing Nerf wars. Though the brand has caught some flack for choosing to market the girls’ bow and arrow as a pink and pretty product, that hasn’t stopped the toys from ending up under the tree. 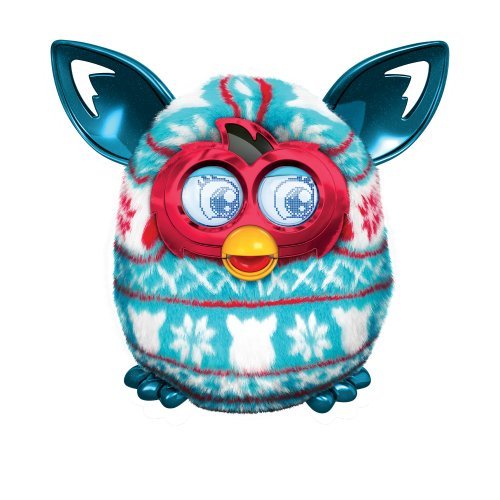 Furby Boom
In a blast from the past, Furby is back and being marketed in many commercials as a hot toy this season. Said to have a mind of its own, Furby moves and blinks on its own accord and depends on kids to take care of it, instilling a sense of love and responsibility for the furball. Furby acts like a humanized pet would, sleeping, dancing, and singing, and has been reviewed highly by tweens and teens. For nostalgic Millennial parents, aunts, and uncles, giving a Furby is a little like giving a piece of their own childhood, as Furby first dominated the toy scene in 1998.