Confessions of a Millennial Guy: I Actually Do Care About Cars 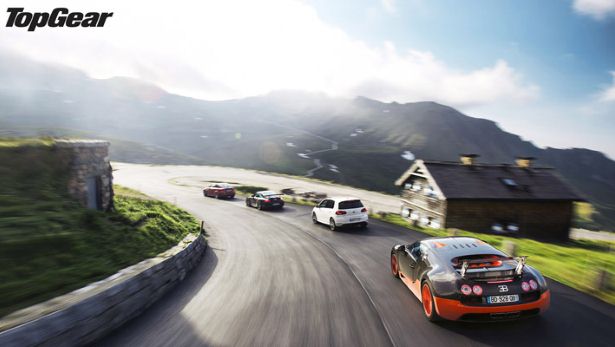 Millennials have gained a rep for not caring about cars. As we wrote in yesterday’s Thumb Stat of the Day, which revealed that having their own car is actually important to many of them, this rep might not be completely accurate. In early 2012, we wrote that Millennials care about driving, but not about driving new cars. Now, we’re beginning to see a shift in their attitudes and our most recent survey on the topic (fielded in late November) found that 57% of Millennials ages 14-29 would prefer a new car over an old one, and 20% plan to buy a new car in the next six months. Qualitatively, we’re hearing that a car culture does exist for Millennials, but it might not be the kind that auto manufacturers are used to. Today, in a continuation of our Confessions of a Millennial Guy series, we’re taking a look at this rising interest.

I am the customer that car companies are after and have been struggling to reach. After living in a major metropolitan area for most of my early twenties, I finally caved in and bought a new car. The sensible crossover SUV that I purchased is not exciting or overly large or even that efficient, but it serves a myriad of purposes for me. It’s sporty while not excessive or gaudy and technologically on point (oh hey Mom, you’re on Bluetooth speaker in my car), both qualities I considered important. But interestingly, for me, car ownership has opened up other areas of interest that connect to my unconventional Millennial background.

As Millennials continue to flock towards major urban centers with ample public transportation, and the awareness of global warming increases, the American “rite of passage” of car ownership has changed for us. The heralded iconography of Main Street, USA filled with shining, prideful American-made cars of long ago gave way to an international market of competitive vehicles, offering a full range of size, utility, style and features—and that evolution has continued. In recent years, manufactures have found a seeming lack of interest across the majority of sectors for their products. However, there is still a thriving draw for Millennial automobile culture—it just might not be in the form that marketers and brands have been used to.

Top Gear, a BBC produced show that gives a Monty Python-esque take on the average car show, provides a perfect glimpse into what I think of automobile culture. The primary host of the show, Jeremy Clarkson, provides a sardonic and absurdist take on automobile and racing ventures while still providing enough core information for pure car enthusiasts to stay happy. But Top Gear doesn’t take car culture seriously—instead it turns it on its head, testing car theories and models in ridiculous ways and always willing to trash a perfect car for a punch line. The show is estimated to have 350 million viewers per week, so they must be doing something right. It entertains me while still making me more interested in the cars themselves. The reality is, I don’t care about huge pickup trucks with songs telling me they are like a rock, and I also don’t care about buying a Mercedes Benz that my nonexistent suburban neighbors will resent me for. Appreciating the hilarious destruction of a luxury sports car on Top Gear is just as entertaining as watching experienced race car drivers challenge each other with four cylinder junk yard cars, and I also stay tuned for a test drive of a million dollar Mclaren F1.

After buying a new car, I found myself dabbling in simulation racing video games like the Forza franchise, which have given me a more advanced knowledge of racecar culture. These games feature very detailed simulations of cars and tracks from across the world that are highly customizable and fulfill my (admittedly Millennial) desire to turn every video game into an RPG. Forza is appealing because it goes beyond the old idea of horsepower and vanity being supreme: each car in this game has been modeled off an actual existing racecar, and the level of detail in replicating them includes even the sound and feel of how that car performs. This level of authenticity is appealing because it speaks to the creativity of the vehicle as an art form, and gives players a taste of the experience of a vehicle far out of their reach.

My interest in car culture hasn’t stopped at video games. As I bounce under the collective umbrella of Gawker, Deadspin, and Jezebel, I find myself spending more time on sites like Jalopnik, Gizmodo, and Opposite Lock. These sites look at the existing world of cars through a Millennial lens—featuring reviews on unattainable European sports cars the same day they feature social commentary on the sexist and misogynistic attitude towards female racecar drivers such as Danica Patrick. The Millennial car culture exists—we’re out there. But we’re finding our interests fed in these more niche, less expected ways, appreciating cars through video games, imported entertainment, and blogs that give as much attention to social injustice as the features on the latest luxury release.

The reality is, I am probably still a difficult car consumer. I would prefer to take the subway, or train, and stare at my iPad the entire time, or just look out the window (while taking pictures with my iPad) but in the meantime, the truth is I’m still really excited about a nice car that has features I haven’t seen before or gives me opportunities and safety features my parents were not able to get. But I need these cars to be appealing to me, and the current message I am hearing from car companies is that I should want a silver luxury car that looks good with a bow on it. This is not what I want. Above all else, we want a car that adapts to our particular lifestyle, as every other technology-based investment in our life has already done. And we expect the same out of the notoriously stubborn automotive industry. Take a cue from how Steve Jobs used to unveil new products: make me excited, make me believe you have something new to show me, because luxury appeal and low interest rates are not going to get it done alone. Take a cue from the elements of car culture that are already attracting me. Entertain me, show me how your car is the work of an artist, and please, don’t take it all so seriously. 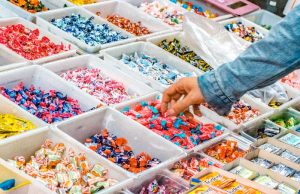 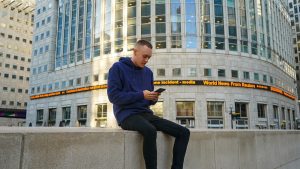 How Gen Z and Millenn...