…Is This Just Fantasy? 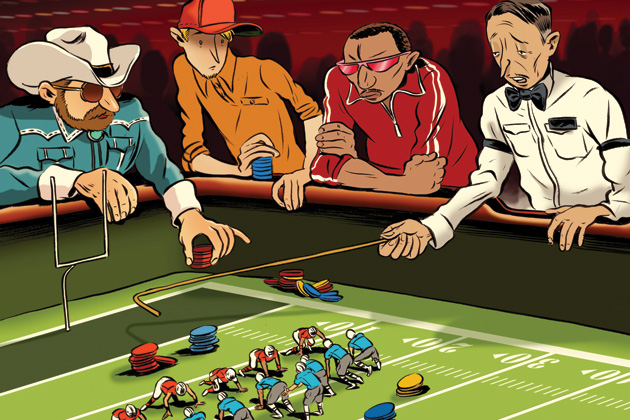 Today’s post is from Ypulse’s Research Associate Phil Savarese, giving us an inside look into the subculture of fantasy sports.

This week my quarterback Matt Stafford was on a bye and I had to pick up Andy Dalton, who only got me six points and my team lost, making my playoff outlook grim. If you have no clue what I’m talking about, you haven’t played fantasy football. The number of fantasy leagues is growing and the amount of media attention fantasy receives is growing along with them. Driven in part by sizable participation among the always connected, always engaged Millennial generation, fantasy sports is forcing its way into the forefront of the sporting world as the ultimate bond between player and fan.

For some background, fantasy sport leagues allow fans of the game to form a league with friends, family, or complete strangers to build and manage their own team online. A fantasy managers’ team is made up of athletes from different teams of a given sport, and each player is judged based on their individual performance. The better a player performs, the more points they earn towards the fantasy team’s score.

The popularity of the games is growing, especially among a segment of Millennial sports fans. A recent Ypulse study of 1,000 Millennials ages 14 to 29 found that 1 in 4 have played fantasy sports. Although fantasy sport leagues have been around for decades, a host of factors (mainly the internet) have greatly expanded fantasy league culture. Week after week, there are players spending hours looking up stats and reports, smack talking friends, and tailoring their lineups for excellence. Using my own personal fantasy experiences, let’s explore why fantasy is such a popular aspect of today’s sports culture for Millennial viewers.

Welcome to the Fantasy Club
First and foremost, being in a league is like being in an exclusive club. Fantasy leagues usually contain anywhere from 8 to 14 people per team, which means it’s easy to know everyone in your league. For football last year, my friends and I started a relatively intense league, where we established our own rules, consequences, and yes, we purchased a championship belt (WWE Style) for the winner. We have a private Facebook group that we use to discuss, argue, trash talk, and post funny memes (of course). I wouldn’t hesitate to say we are more active than most fantasy players, but we are certainly not alone. One fantasy expert, Matthew Berry, stumbled upon a league with some serious consequences for losing.

Cultivating a league culture that members feed into is at the heart of why fantasy sports have become so popular. There is no better pop-culture reference to explain this intense, wild, and sometimes ridiculous fantasy culture than FX’s hit series The League. The show features a group of five long time pals who have all played in the same league together for years. They are willing to give up on anything from their job to a relationship for the success of their team, showing the exaggerated dedication of fantasy owners everywhere.

Fantasy in the Spotlight
The League is just one example of how the media is tapping into the fantasy culture. ESPN and Yahoo, both popular host sites for fantasy leagues, have their own programs dedicated entirely to fantasy football talk. The NFL Network also airs a fantasy sports show. These fantasy shows are incredibly interactive. Yahoo’s #AskFFL and ESPN’s #FFN are used on Twitter as a way for fantasy managers to ask experts their personal lineup questions, and watch the experts answer live on the air. The hosts of Yahoo’s Fantasy Football Live are seen sitting with their laptops on screen as they answer questions both on air and online via social media. As if this wasn’t enough of a support network for players, there are a host of apps, including ESPN’s ScoreCenter and Yahoo Sports, that will push vital notifications regarding fantasy news, including up to the second injury updates, game and individual player results, and top sports headlines overall.

In It For the Big Win
Why is all of this necessary? It’s not like Millennials are turning fantasy sports into a career, right? Wrong. Since the demise of online poker sites like PokerStars and Full Tilt, those online gamblers needed a new outlet to make some cash. StarStreet.com and DraftStreet.com have given them that outlet. These are two completely legal sites that allow users to draft players and teams short term, betting on their performances for a chance to win big. Erik Hafner is just one person who is raking in cash as a professional fantasy player. The plethora of intel and expertise in the world of fantasy has turned it into a small scale, understandable, and relatable stock market.

Put simply, fantasy sports greatly intensifies the sporting experience in every way, from viewing, to news, to tech. Fantasy players have an interest in not only their favorite teams’ game, but the games their players are in. Your smartphone becomes your advisor as expert tips, news, and league tools are available through apps and social media. Fantasy sports can also drive those who don’t watch a sport to do so. Back in high school, I watched Yankee games, maybe. But after being exposed to fantasy baseball I started watching more out-of-market teams. Then I played fantasy football and finally started to follow the NFL. Now, my new venture is into NBA basketball. Maybe next year I’ll try out the NHL. Another sport, another season, another fantasy. 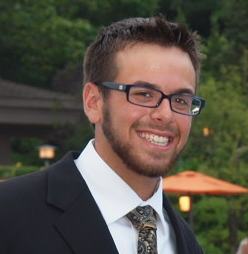