This week, we’re delving into a cultural shift we’re calling The Serious Faux Pas: the tendency of Millennials to reject those who aren’t able, or willing, to make their flaws a part of their public persona; the modern misstep of celebrities, athletes, and brands who take themselves too seriously; and how idolizing perfect icons has become a thing of the past.

Because Millennials have grown up in the age of tabloid culture and the 24-hour news cycle, they are a generation with a heightened awareness of flaws, moments of weakness, and the fact that any public figure potentially has a scandal looming around the corner. They have begun rejecting any attempted “public displays of perfection” as inauthentic. Those individuals who take themselves too seriously, carefully guarding their “realness” behind a mask of flawlessness, may be doomed to be mocked and un-liked, while Millennials embrace self-effacing and imperfect personalities.

Perhaps the clearest example of the rejection of serious can be seen in current celebrity culture, where actresses, actors and musicians are no longer idolized for being faultless, but instead looked down on if they appear too calculated or unable to exude a “down-to-earth” personality. In this category, taking yourself too seriously comes in the form of not allowing the world to see you off-balance and spontaneously imperfect.

This year, a takedown of too-earnest actress Anne Hathaway has played out online in contrast to the complete adoration of self-effacing Jennifer Lawrence. In February, NYMag published an article entitled “Why Do Women Hate Anne Hathaway (But Love Jennifer Lawrence),” citing Lawrence’s frequent mentions of taking shots, eating junk food, and wearing Spanx on the red carpet as part of her appeal. Hathaway on the other hand, was said to “fit the broader cultural pattern…in which we simply don’t find successful, “perfect” women very likable.” Lawrence is referred to by bloggers as “your best friend.” The image of her trip and fall on the way up to the stage to accept her Oscar for Best Actress was turned into a fake Dior ad online. She gave reporters the finger in the pressroom. Her flaws and self-depreciation are on display for the world to see.

Hathaway, on the other hand, comes across as too rehearsed, frequently and publicly committing The Serious Faux Pas. She began accepting her Oscar by cradling it and carefully murmuring, “it came true.” Her endeavor to appear and sound picture perfect has earned her only criticism. She was dubbed “The Most Annoying Celebrity of 2013” by the San Francisco Chronicle. The New York Times has even weighed-in on Hathaway-hatred. But she is not the only one who is suffering from a too-perfect, too-studied backlash. Gwyneth Paltrow was recently named by Star as the most hated celebrity in Hollywood, based on their annual poll. In a reaction article to the list of hated celebs, The Cut put both Paltrow and Hathaway in the category of being hated for trying too hard. Paltrow’s newsletter GOOP is widely reviled online for her out-of-touch delivery, but most of all for Paltrow’s seemingly endless instructions on how to be perfect. 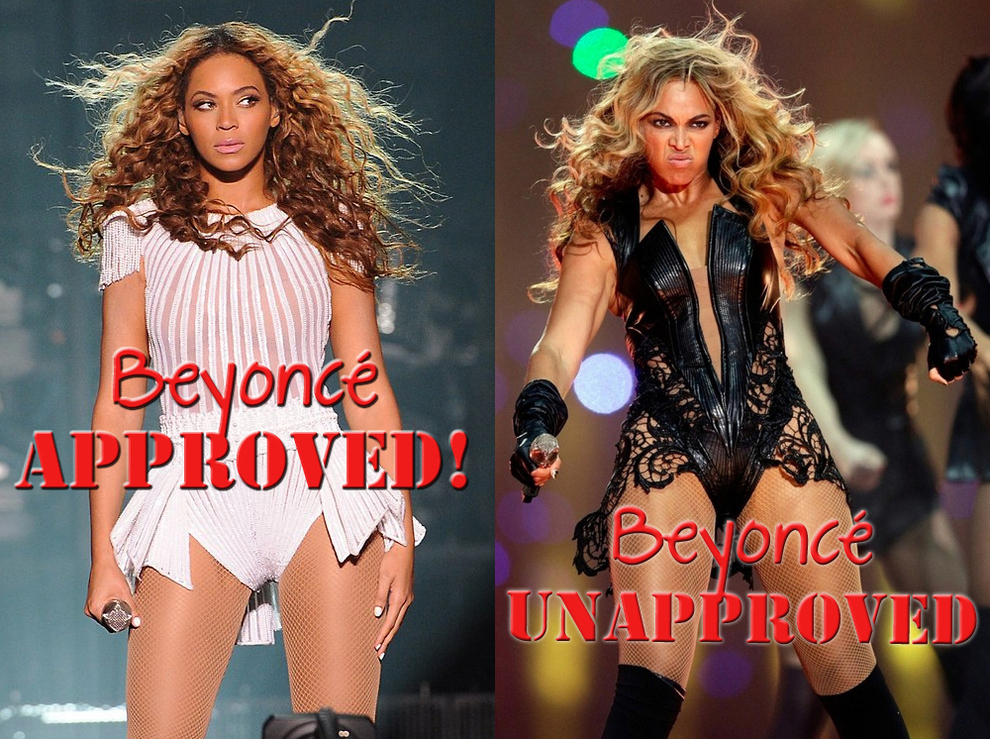 Recently, a normally beloved star has gotten some fan criticism for committing a Serious Faux Pas. Beyoncé has long been the queen of perfection, always appearing designer clad and camera ready, but her fiercely protected privacy has kept her out of critics’ targets for years. But recently, her control of her public persona has gone a step farther than normal. First, her HBO “documentary” Life Is But A Dream was hyped as being a revealing look at her personal life, but ended up being criticized as being calculated self-promotion. Still, fans tuned in, in record-breaking numbers, and continued to support the star on social media. But more recently the tight-fisted control of her image has begun to spawn a bit of a backlash. After her Superbowl performance, Buzzfeed posted a series of pictures in honor of her “fierceness” in a post meant solely to compliment and fan-gush at Beyoncé’s talent. Days afterwards, Beyoncé’s publicist contacted the site to request the “unflattering” images be taken down. (Which in turn only incited the internet to gleefully use the pictures in every jeering way possible.) The request that the pictures be removed was a clear announcement that she was not able to laugh at herself or shrug off a few imperfect shots. Last week, the news spread that independent photographers had been banned from the star’s current Mrs. Carter Show World Tour, and that any outlet that wants images of the shows will need to use pre-approved photos.

The photographer embargo takes Beyoncé’s image-control to a level that can’t fully be accepted by an audience that embraces candidness as authenticity, and is distrusting of anything too seemingly faultless. Millennials have learned through witnessing well-publicized celebrity scandal (after scandal) that no one is perfect; and their own behavior has left a trail of evidence online that they don’t take too seriously. Anyone who doesn’t have the same attitude comes off as suspect, and the too-serious are continuously rejected.