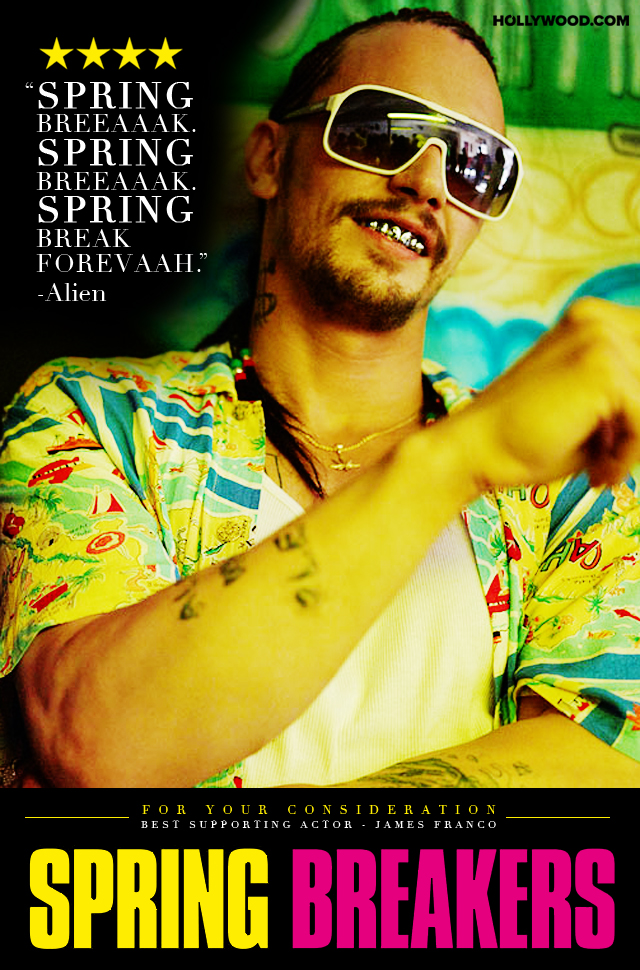 We’ve been covering all things Spring Break lately. We interviewed MTV about how they’re turning Spring Break into Spring Fix, and our YAB member, Nathan, a Bahamian native, reported on how this American ritual is expressed in his hometown. Today we’ll cover Spring Break in all it’s glory with a review of the highly anticipated film, Spring Breakers, reminding you that what you think Spring Break is, isn’t what you should expect from this film.

Between the Spring Break beach bikini clichés, Skrillex’s music, and the hilarity of Franco with cornrows, I don’t think we were quite sure what to make of Harmony Korine’s recent exploration of youth culture that is Spring Breakers. It piqued my curiosity enough to watch the trailer multiple times, pass around the link to friends, and then see it. If you haven’t, holy crap, go see it. It was amazing, and not in a cool ironic-because-it’s-so-ridiculous way. Spring Breakers is actually a 92-minute analysis of shifting gender roles and a captured moment in Millennial evolution.

Without giving too much away, the joke is on us. The trailer is a bait and switch for anyone that went to see Spring Breakers for one-dimensional female eye candy. It’s entirely the opposite. Frankly, I think that was over people’s heads and the result has been a soft response. Rotten Tomatoes gave it a 68%. While a ridiculous reel of former Disney stars partying may have gotten America in to theatres, one must contrast Spring Breakers with Korine’s previous film, Kids circa 1995. Side by side, the two are a crystal clear comparison between Generation X and Y.

Spring Breakers is so neon drenched it’s nearly a digital music video, and it’s no coincidence its characters are college students struggling with a lack of direction. It’s Millennial at its core. Compared with Kids‘ gritty, face-in-the-mud realness, and exploration of high-schoolers’ (not college students’) reality, the two films present some interesting fodder for understanding how things are different between these generations.

On the other hand, the similarities between 1995’s Kids and 2013’s Spring Breakers make interesting statements. Firstly, Korine still paints a picture where “the kids are not alright”. Which is pretty true. There is massive uncertainty about who this generation is supposed to be when they grow up and how they are supposed to get there. Our research shows optimism prevails when we ask our panel how hopeful they are about the future, but given our current economy and anxieties resulting from all the world’s “newness” (i.e.: how long do I wait to text back? Is LinkedIn a real place to apply for jobs?), there’s a lot of ambiguity between now and the future. 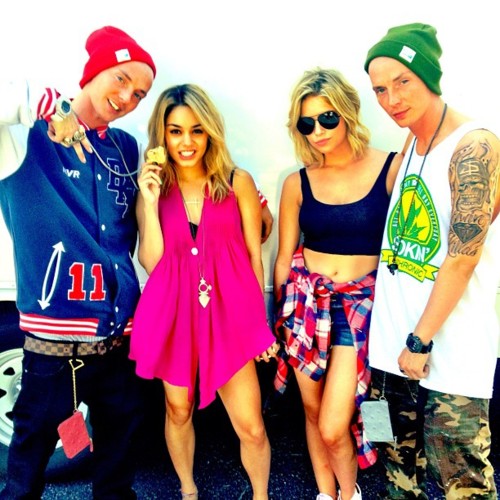 Secondly, Korine still casts real people. And this continues to show just how important authenticity is for this demographic. If you haven’t met the ATL Twins (yes, they are real people), I’ll just say you’re welcome now. Vice called them a “psychologist’s wet dream” and I couldn’t articulate it better. Korine found and cast these individuals in Spring Breakers to make the story more authentic, just as he did in Kids with the film’s use of NYC skate icon Harold Hunter.

Spring Breakers is worth a watch if you’re in the business of youth. If not just for the sake of being in the know of something that’s being talked about in our world, then think of it as a walk through a gallery opening where the theme is Gender Roles. In addition to its Wikipedia-able casting and reflection of Millennial anxiety, there are insights to be dug out of the movie’s omnipresent shock of female dominance. Adding to the movie’s statement, last week New York Times reported of the growing female influence in the US Senate indicating a new gender norm being established for this generation and the next.

Kids broke open the underbelly of Xer youth culture, and gave the world a dark glimpse inside the HIV/AIDS epidemic, along with many other issues young people faced at that time. Spring Breakers explores a different type of “moment” shaping youth culture: evolving gender roles. The movie begins with four spring breakers that eventually get whittled down to a thriving two. The original group includes the overly protected, religious Selena Gomez, the slightly scared Rachel Korine, and the beyond sociopathic Hudgens and Benson. Here, the more vicious of the girls win out and Benson and Hudgens outlast their two more sane and sheltered companions during the trip. In the final scene, we see (spoiler alert) former Disney sweetheart Vanessa Hudgens step over a dead drug lord’s body to finish his business, and drive away in the villain’s Lamborghini.

If Beyonce’s recent documentary championed the message for women, “stop pretending that I have it all together,” Korine takes it even further. In our interview with author of Trinkets, a story of teenage girl shoplifters, Kristen Smith stated: “We’ve spent the 80s / 90s hiding our flaws, and now we’ve been given permission to let it all hang-out…’here I am, I’m not ashamed anymore.’” This is the new woman showcased in Spring Breakers: flaws exposed, brutally honest, ready for battle. Through their chaotic bikini-clad journey, the audience is left with a tongue in cheek message about the triumph of the “fierce” modern day female. 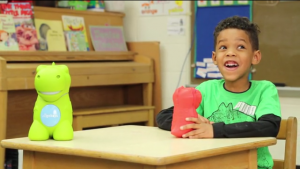