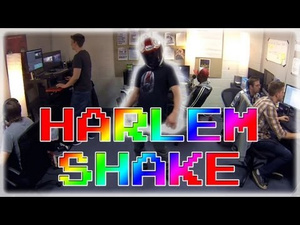 The lifespan of social media has been continually shrinking in the face of social media’s growth. As content becomes easier to both share and make, viral memes can reach an internet saturation point much quicker than even those of a few years ago. Early memes like the Dancing Baby were able to keep relevance for several months due to the slow nature of e-mail forwards. By the time LOLCats, Chocolate Rain, and other post-Facebook memes hit the scene, a star could rise and fall in a single month. But just because the majority of the internet has had their fill doesn’t mean that latecomers won’t try and keep the party going. Light internet users will always get to trends after the power users, and a grandmother watching that “Gangam Style” Superbowl commercial will have lots of questions about it. Ubiquity might make the length of a trend overstay its welcome, but it can’t do much to rush it out the door.

Of course, individuals aren’t the only ones paying attention to viral videos. PR and marketing professionals know when a trend is rising – and when it’s safe enough that they can use it for their own devices. Nabisco made a brilliant move by releasing a “lights out” commercial during the Super Bowl blackout, but not everyone can move so quickly. In fact, the larger the organization the harder it is, by definition, to move quickly. In many ways, companies need a SWAT team (with a member of their legal team included in that) prepared just for real-time reactions. But authenticity is important too. A South Park episode that references planking can probably tackle it without feeling forced. The Today Show, on the other hand, parodying “Friday” might not go over so well. In fact, a lot of companies should keep aware that many social media memes are moving quicker than any TV plot-tie-in or skit can handle. The strongest case in point is the wave of “Harlem Shake” videos currently making the rounds on YouTube. Started roughly two weeks ago, the craze is short, simple to reenact, and allows for plenty of creativity within the framework. As a result, hundreds of variations are flooding the web, with The Daily Show, the Dallas Mavericks, the SI Swimsuit Models, and even the cast of Sam and Cat (a spinoff of iCarly and Victorious that has yet to air) each adding their own take. A site called harlemshakeroulette.com takes things one step further – it automatically cycles you through a near endless-stream of the videos. After a dozen or so variations of the short clip, it’s easy to see why various media outlets would declare the trend to be over after only a handful of days.

But while the trend might be grating to those who watch the internet for a living, there’s no shortage of kids wanting to make their own version of the clip. In fact, the vast majority of the clips currently appearing on Twitter are of various school clubs and teams releasing their own version of the song. Tastemakers might tire of huge trends long before the rest of the world, but the kids of the world aren’t dancing around for those people’s amusement – just their own.