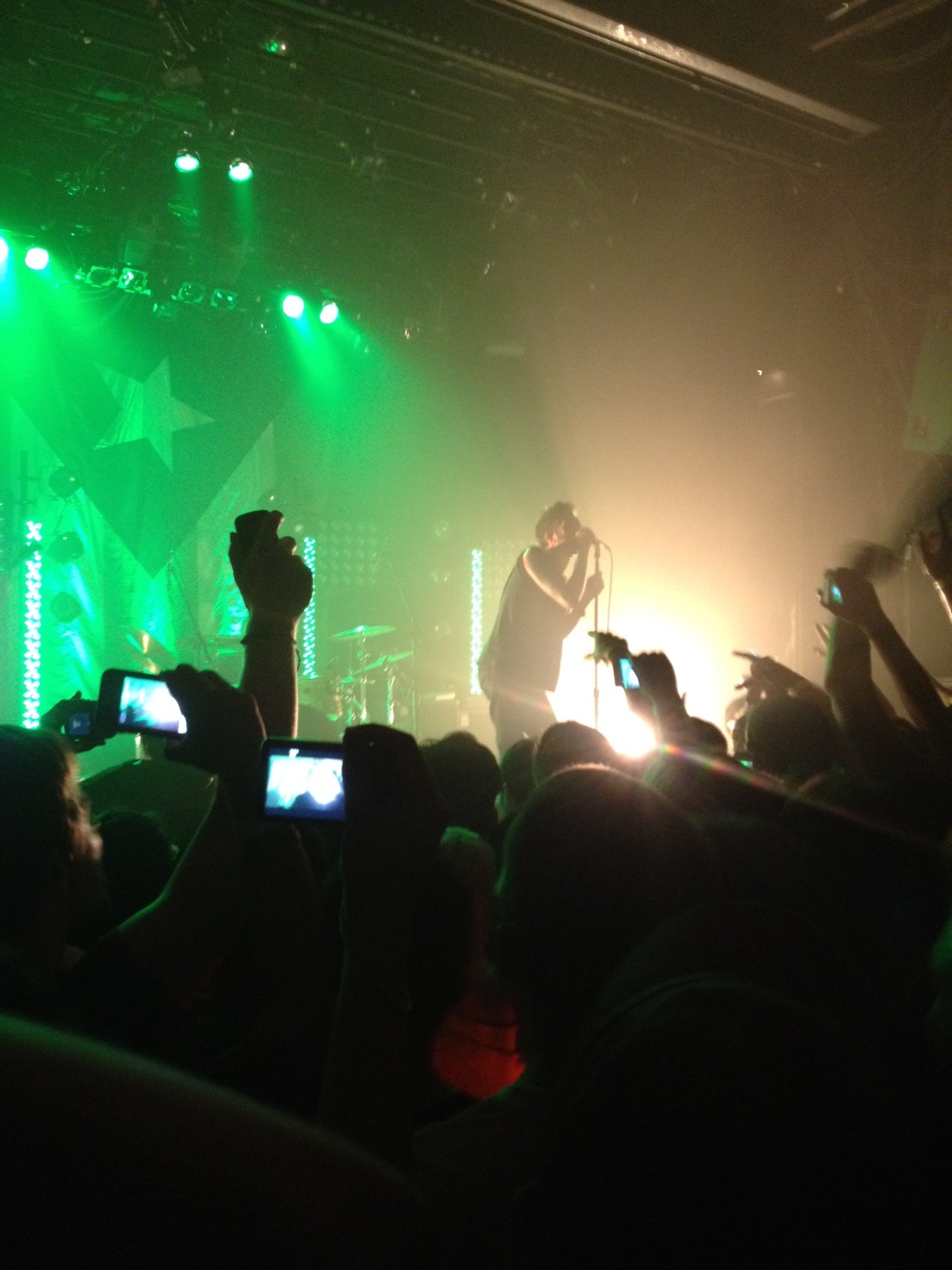 In today’s smartphone-obsessed society, it’s rare that you’ll go to a concert where people aren’t snapping pictures, recording videos, or updating their status during the show. Millennials are extremely interested in seeing artists live and partaking in epic experiences; according to Ypulse research among 339 13-34 year olds, four of five Millennials have been to a concert before. However, the “in the moment” experience of a concert has collided with the timelessness of the digital age. As an avid concertgoer, I‘ve found that smartphone and tablet use during shows has created four types of fans:

“I’ll never get a chance to see this again!” – The Capturer

These are the people that shed some light on the “sea of hands” at concerts, literally. They hold their phone or tablet as high above the crowd as possible to capture the concert forever. Fully, 67% of Millennial concertgoers said that they have taken a picture of a performer with their smartphone. These capturers want to permanently document the concert for future reference. Additionally, 47% said they have filmed parts of the concert. Sometimes this involves distracting oneself from the show or viewing it through a screen, but they sacrifice fully enjoying moments live so that they can enjoy it over and over again.

Braggers are the ones who take their attention completely off of the show for a moment to tell their network of friends where they are and what they’re doing. Half of the Millennials surveyed (51%) said they’ve updated a Facebook status during a show, while a quarter (24%) said they’ve Instagramed the performer. They want their friends to know where they are and how much fun it is by uploading a comment, picture, or even a video. The need for Millennials to constantly update or inform their “followers” is second nature to them, and is especially common at concerts since they want to let everyone know they’re doing something cool.

“I wish you where here!” –The Sharer

The Sharer is capturing and sending off moments from the concert, but in a different way. When someone can’t make it to a show, his or her friends may record their favorite song. Four in 10 (44%) Millennials said they have shared a picture or video of the show through MMS and 29% have actually called a friend during a performance.

“This is amazing!” – The One In The Crowd

I’ve been all of the above. Sometimes I’ve been all of them at the same concert. At the last show I attended, I FaceTimed a friend during her favorite song by the band. I thought it was the coolest thing I’ve ever done. I was also bragging on Twitter about the show when a friend I attended the concert with tweeted at me. I actually responded to it, even though he was standing next to me. Isn’t that ridiculous?

Compare that to a show two years prior. I didn’t have as good a phone so I brought a digital camera (remember those?). I went to see one of my favorite bands that had just announced their break-up. It was the last concert they would ever play live and I only used my phone once to call a friend and fellow die-hard fan of the band.

I have one picture from that night and it’s of my friends and me drenched in sweat outside of the venue. When I see other fans’ videos of that show, I get chills. I remember the feeling I had during the songs, not how my arm hurt from holding the phone up for five minutes. It makes me realize that a video is great, but it’s no substitute for living a moment fully.