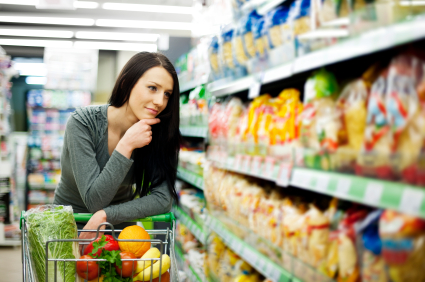 Eating organic and local food is on the rise among young people, reflecting a larger trend in that they’re attempting to adopt healthier lifestyles. They care about eating right and are increasingly interested in cooking both to be creative and health conscious. Yet, despite many Millennials’ desires to be healthy (52% of 14-34-year-olds consider themselves healthy according to a recent Ypulse report), they’re sometimes hypocritical in their actions — some drink excessively or smoke while also purchasing organic food. This health paradox is also reflected in the messages they see in the media telling them that everything they eat and do is bad for them. So while we’re seeing Millennials try to adopt a healthy lifestyle, there’s still a long way to go and the media bombarding them with messages about every possible health danger isn’t helping as YAB member Camilla explains.

Are humans healthier than we used to be? Undoubtedly, but you might not guess it from the daily news and articles discussing our sedentary lifestyles, carcinogenic habits, and rising obesity rates. Young adults (as well as older adults, and even children) are making more healthy, responsible choices than ever. Yet we’re also more and more aware of the things we’re doing wrong including drinking Diet Coke and living in a city as some studies claim.

These changes in how young adults make healthy decisions span several sectors. Most obviously, and not unique to the Millennial generation, a large proportion of us are making conscious dietary choices, whether it be buying eggs from free-range chickens (almost everyone I know), eating only sustainable fish (quite a few people), or going vegan, citing environmental, health, or animal-rights as a reason (a couple friends). Furthermore, these eco-trends are reinforced by dietary choices made for physical health reasons, such as healthier home-cooking replacing fast-food or takeaway.

A cynic would say: but do these limited healthy choices really reflect an overall trend for healthier living in young adults? Just because we’re eating better or exercising more doesn’t mean unhealthy decisions have become a thing of the past. For instance, a proportion of Millennials who smoke overlap with those who make healthy, environmentally-aware consumer choices. I practice Bikram yoga in sweltering, exhausting heat four times a week, and about one out of every four people in my class lights up a cigarette directly outside the yoga studio, still catching their breath from the class.

Exemplifying this paradox is Lady Gaga (another regular Bikram practitioner) who’s equally a regular smoker. Clearly, I’m not writing about a generation completely committed to health. I know just as many young adults who binge drink regularly as those who focus on healthy eating, and some of them overlap, interestingly. These anecdotes are supported by evidence showing that 1 in 4 US teens binge-drink regularly, with over 79,000 deaths resulting per year from excessive alcohol consumption. While I’m reporting this healthiness as a positive trend, then, it’s not completely off-base to wonder if young adults justify their unhealthy habits with their otherwise-healthy choices: “I run everyday — what’s a cigarette every now and then?”

They might have a point. Growing up in these decades, you’re assaulted regularly with two disparate sets of information from advertisements. One: Whatever it is you enjoy, it’s probably bad for you and could result in your death. Two: Have you tried the latest McFlurry flavor? Yum.

This barrage of information has created a generation quite aware of healthy choices, but also cognisant that you won’t really be able to live if every move, every behavior, is guided by the knowledge of what’s healthy and what’s unhealthy. Cell phones and cancer? Jury’s still out. Microwaves? Some controversial studies, I’ve heard.

As I’ve discussed before, young adults make decisions with an unprecedented amount of knowledge about the risks, but that knowledge itself isn’t always a deterrent. Recently, millions of UK viewers have tuned into a Channel 4 study looking at the effects of MDMA on the brain, and over 90% of the 18,000 surveyed online believe that the current drug laws and policies “aren’t working.” It was the view of some of the neuroscientists on the show that significantly more research needs to be done on the harms (and potential clinical benefits) of class-A drugs including MDMA. It was the opinion of others that MDMA should never be given to humans. This contrast of legislation and public opinion reflects the ease with which society (and laws) can brand certain activities as terrible for public health, using predominantly moral (rather than scientific) support. It might also show, though, a different approach such as a more nuanced view of how to best regulate and control drug consumption in society might be exactly what the public needs.

Young adults, used to this barrage of health information, are faced with the impossible task of weeding through it, disregarding the impractical, incorporating the simpler changes, and maintaining a constant awareness of the possible implications of the daily choices they make. The advantages of this ever-expanding information set are unquestionable: it’s the practical issue of adhering to them that challenges young (and older) adults. Ironically, the healthiest approach might not be strict rejection of every “unhealthy” behavior. Instead, this era of information must be met with a critical and reasonable eye, so that healthiness doesn’t come at the cost of happiness.