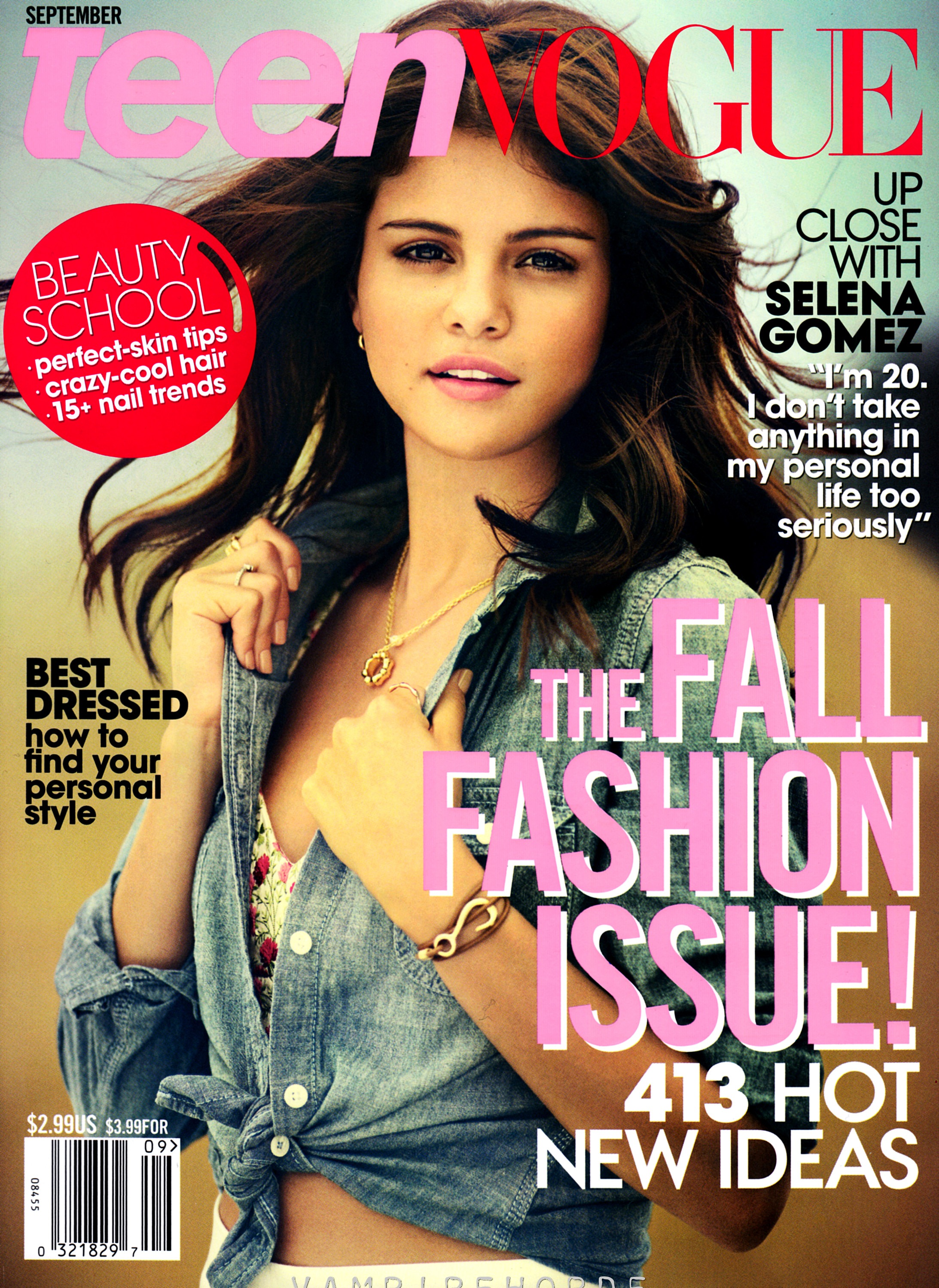 The September issue is typically the most important month for magazines as it dictates fall fashion and starts off both the fashion year and a new school year. It highlights trends and transformations as fashion evolves, as are the cover girls on this month’s major teen magazines. In both Teen Vogue and Seventeen’s September issues, it’s clear that style is changing this fall, focusing on individuality, and teens too are growing up and maturing. Uniqueness is stylish and the mantra in these magazines is to express yourself, especially when starting fresh this school year.

Superstar Selena Gomez graces the cover of Teen Vogue and conveys that despite her status as a successful singer, actress, and fashion designer, she’s still trying to find herself as she enters her twenties and wants to have fun along the way. She hopes to become a more serious actress and grow as she ditches her teen years and days on the Disney Channel, and many of her fans are at a transition point where they’re changing too. When it comes to fashion, she believes that it should be fun, enabling anyone to achieve an original style.

This theme is continued throughout the pages of the publication, urging teens and twentysomethings alike to wear clothes that show off their personality and to feel comfortable in their skin. Teens typically want to fit in, but as we’re seeing from some of the boldest stars (Lady Gaga, Nicki Minaj, and Katy Perry) and unconventional runway looks, standing out is considered cool. Whether you dress comfortable and casual or eccentric and out there, don’t be afraid to have a style and own it! Creativity and uniqueness are celebrated in culture today thanks to the digital age of fashion blogging and street style. There’s never been a better time to be fearless with fashion as young people explore their identity and evolve.

Teen Vogue reflects this further in the fashion featured throughout the issue. The magazine encourages girls to wear the pants (power suits are chic!), embrace prints (don’t be afraid to make a statement) and to rock retro (Doc Martens, penny loafers, and school boy blazers are in). The glossy also addresses how girls are expressing themselves through colored hair. From ombre and washed out tones to bright colors, dyed hair is another way to show off one’s style. Even pop culture is echoing this message of standing out through the upcoming film “Perks of Being a Wallflower” mentioned in the mag. Moving outside your comfort zone and embracing who you are is what makes you interesting. 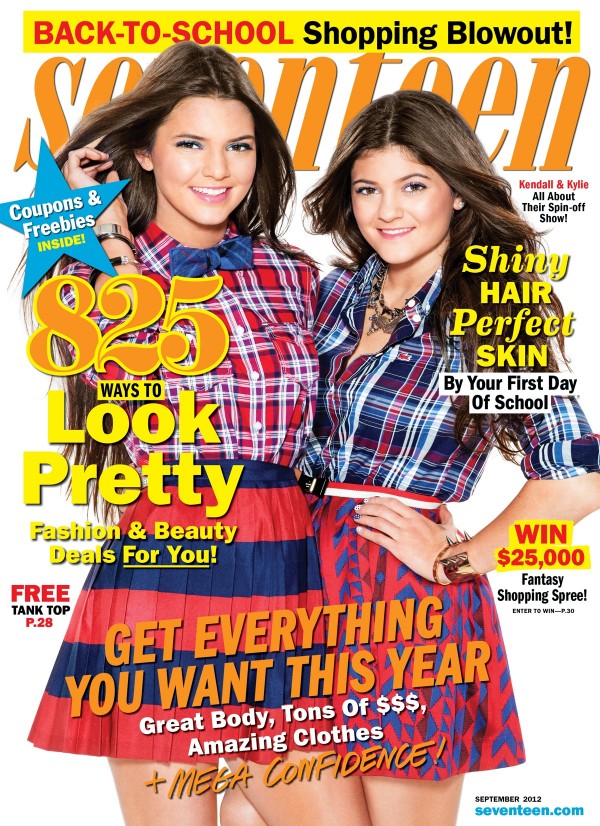 Similar sentiments are seen on the pages of Seventeen and represented by cover girls Kendall and Kylie Jenner. The September issue focuses on how being a teenager is a time of transitions and tricky situations. Sometimes friends grow distant or fall apart, which can be hard to handle, but the bright side is that these changes enable one to become closer to who they want to be. Friends certainly shape you, but as teens navigate through high school and different social groups, they’re finding themselves during these formative years. Experiencing such changes turned out well for the Jenner sisters. They went through years of hating each other as they tried to find themselves and their passions, but through maturing and experiences, they realized how much they valued having one another as a sister and a best friend. They both have grown because of the other and they lean on each other for support. Seventeen explains that teens will see shifts in their friends as they and their peers are changing, but they’ll also gain new experiences and meet new friends to which Lenay Dunn, the host of MTV’s “10 On Top”, offers advice.

Not being afraid of changes and taking risks is reflected in Seventeen’s style too. Stripes, plaids, and polka dots are shown throughout the mag as fun looks to help one stand out for this school year. Fun fall essentials like faux fur and cable knit are also in and rocking these comfy looks in all colors and in different ways enables one to form their own style.

Speaking of standing out, Seventeen features some pretty amazing and unique girls who are candidates to be on the cover of next month’s issue. They each have a passion and interesting story of how they’re doing something beyond the norm and we’re excited to see who Seventeen chooses in pushing to feature real girls more frequently!

If one thing’s for sure in both these issues it’s that individuality will make the top grade this school year!