Millennials Take A Break, But Not From Technology 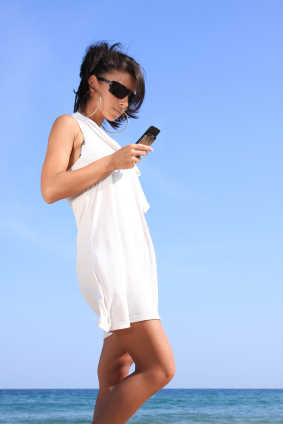 Many Millennials may be looking forward to unwinding while on vacation, but for this generation, that doesn’t necessarily translate to unplugging. These digitally savvy consumers may be willing to relax and take a break — fully 17% didn’t engage with any social network sites over Memorial Day weekend, according to a Pulse Mobile survey among 868 Millennials — but overall, they’re still connected to social networks constantly.

While being connected and in-touch with friends is an old commonality for high school and college students, Millennials are able to stay in frequent contact with their network and they value this instant connectivity. Even while on vacation, this generation feels a need to keep in touch and check-in to see what their peers are up to.

Not surprisingly, Facebook was the top site that Millennials mentioned specifically for touching base, with roughly 3 in 10 (28%) posting an update, tagging a photo, or sharing a link over the holiday weekend. Twitter was also very popular (10%) but most Millennials who posted an update on Twitter mentioned that it was part of their routine and they did so because they “are always Tweeting.”

Given that vacations often entail a lot of travel, some told us they were frustrated by a forced “isolation.” Some who traveled abroad, went camping, or visited relatives mentioned that they weren’t able to hop online to post anything or check their networks. Interestingly, 2% stated that they actively avoided social networks during their vacation, either because they wanted to focus more on what they were doing or because they felt the need to disconnect from the constant infostream.

Regardless, Millennials may not want to spend all of their free time sitting in front of a screen posting updates, but they do want to stay in touch during breaks. One college student specifically mentioned Tweeting “about Dropbox for free storage!” suggesting that even while they are on break, they are still interested in following their favorite brands.

Millennials are often criticized for being self-indulgent and promotional through their use of social networks. Given the holiday, though, we weren’t surprised to see a fair share of this socially-aware generation saying their weekend posts revolved around thanking and remembering troops who have given their lives in service for this country. Ultimately, online networks give Millennials and brands an opportunity to shout their message from the rooftop and Millennials a chance to tap into their community, even if it’s miles away.