TikTok is Thirsting Over Matt Rife on The Viral List 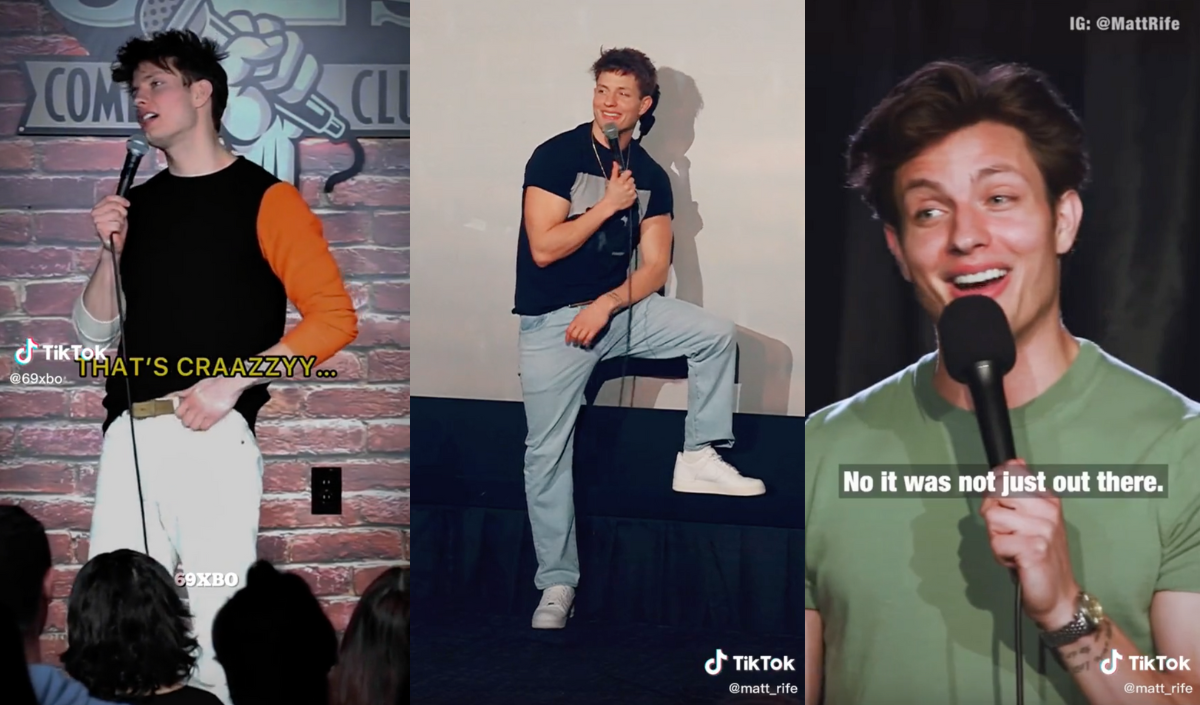 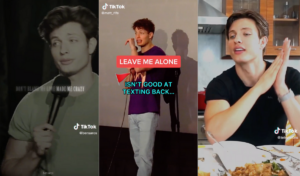 Gen Z’s favorite social platform is thirsting over Millennial Matt Rife, a 27-year-old actor / comedian best known for his self-produced comedy special Only Fans (2021), his appearance on Bring the Funny, and his guest appearances on Wild ‘n Out, Brooklyn Nine-Nine, and Fresh Off the Boat.

While his comedy bits have been making their way onto everyone’s feeds lately, there’s also another side to his newfound fame. Hashtag #MattRifeEdit is currently at 56M views with a seemingly never-ending amount of fan edits of his glow up from corny teen to hilarious hunk, clips of him saying sexy phrases during comedy events, and slow-mo renditions of him wiping sweat off his face (or undoing his belt with one hand). And now that Rife is TikTok’s newest “it-boy” fans are shipping him with “it-girl” Alix Earle, who’s also gained millions of followers on the app recently.

We know Gen Z and Millennials gravitate toward TikTok for entertaining content; specifically, 66% are looking for memes / viral content on the app. And with all things viral on the app, users can expect to see songs, thirst edits, and memes generated that put whatever’s trending into a cyclone of ultimate virality. 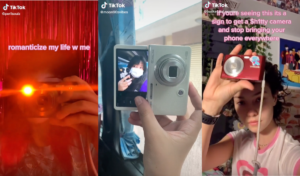 A few years ago, it was the disposable camera, and now Gen Z is ushering in the return of the digital camera. That’s right, the little silver point-and-shoots of their toddler years are the trendiest way to capture memories (and to post on Instagram). We know that this gen has a sense of nostalgia for Y2K that rivals that of the Millennials who remember it, and they’ve shown it through fashion trends, music taste, and their photo filters—and are now taking one more step more toward being authentic 2000s babies.

On TikTok, the hashtag #DigitalCamera has over 192M views, with creators sharing their pictures and the cameras they took them on (and where to buy them, of course). It’s not enough to have a new digital camera either; this gen is shopping secondhand and in their parent’s attics for the real, low-quality deal. According to a spokeswoman for eBay, “searches for ‘Nikon COOLPIX’ increased by 90 percent” from 2021 to 2022.

The photos these cameras take are markedly lower quality than their phone cameras, but that’s what makes them cool. That, and simply not being on their phone for a moment. For some of them, this sense of nostalgia is a way of romanticizing their lives, by tapping into the time before smartphones and followers defined social life. YPulse data shows 79% of Gen Z say they can’t live without their smartphone and 57% of social media users say they’re addicted to social media, so many of them are trying to break the habit—even if they’re sharing their progress on social media…on their phone. At the same time, some teens are swearing off more than their smartphone cameras and going all in with none other than flip phones.

Also in nostalgia: Pizza Hut has brought back the ‘90s favorite “The Big New Yorker” and Are You There God? It’s Me Margaret is being brought to the big screen 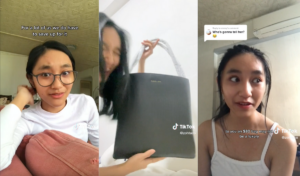 Seventeen-year-old Zoe Gabriel from Singapore was ecstatic to share her new bag from Charles & Keith, a Singaporean fashion brand, but her innocent video showing her purchasing the bag and thanking her dad for what she called a “luxury” item, racked up over 13M views, and commenters weren’t impressed. In fact, she was straight up bullied for considering a $60 dollar bag a luxury.

Some commenters scoffed at the bag, writing hateful things like how what she considers to be luxurious is like “calling a fast-food restaurant fine dining” and others named several other brands that have similar prices that would never be thought of as luxury. After posting, Gabriel responded to a comment that read “Who’s gonna tell her?” with a video of her tearfully standing by her use of the word “luxury.” In the video, she states, “Growing up, I did not have a lot. My family didn’t have a lot…We couldn’t buy things as simple as bread…Your comment spoke volumes on how ignorant you seem because of your wealth. To you, an $80 bag may not be a luxury. For me and my family, it is a lot, and I’m so grateful that my dad was able to get me one. He worked so hard for that money…I can’t believe I got hate over a bag that I was so excited to have.”

Luckily, her response video was met with an overwhelming amount of more positive comments like, “Beautiful bag. having a dad who loves you is a luxury in itself.” Representatives for Charles & Keith even invited Zoe and her father to a lunch with the brand’s founders who they say are “also from humble beginnings.” YPulse’s Mass Merch Mentality trend research shows that to Gen Z and Millennials, any recognizable brand name can be considered luxury to them and that shopping at big box stores all their lives has recalibrated their concept of what is high-end—and how much a splurge item costs. 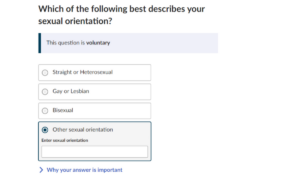 In Western Europe: The 2021 Census has made history by recording LGB+ orientation for the first time

After a long wait, the 2021 Census results are slowly being released. A month ago it was revealed that Christianity has seen a decline, with less than half of England and Wales identifying as such—a drop of 13% since 2011, and there’s been a significant rise in people identifying as having no particular faith across the country. While some of the major cities in England are not becoming more diverse, Black and minority ethnic groups make up more than 50% of the population in cities like Leicester and Birmingham. Now, the results of lesbian, gay, and bisexual people have been recorded and released for the first time ever—with 1.5 million in England and Wales identifying with LGB+ sexual orientation. The Census also released results on gender identity as part of a voluntary question in the survey; 262,000 (0.5%) of people aged 16+ answered “no” to the statement “Is the gender you identify with the same as your sex registered at birth?” An interactive map allows users to see the results in the local area too.

It’s a historic turn for research, and with more results expected to be released—it shows the changing nature of culture in England and Wales, and the future for younger gens as we follow trends and changes over ten years. The Census has been accepted with excitement online, with Twitter user @stonewalluk celebrating the survey results after years of campaigning for LGB+ representation. But others are quick to point out the number of participants that didn’t answer the question. User @SportsMediaLGBT’s initial takeaways pointed out that more than two times as many people didn’t answer the census sexuality Q than said they weren’t straight—hinting at a culture that’s not as open as expected. 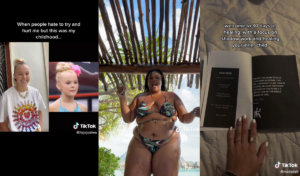 Beauty: Mielle Organics is partnering with P&G Beauty, and furthering their support for Black and Brown entrepreneurs with it

Food: Chipotle is bringing the viral fajita quesadilla (which started as a menu hack) to the official online menu come march

Video games: This mom contacted her daughter through Roblox when she didn’t pick up the phone

Reddit: Why are young people still using “Rate Me” subreddits in 2023?