Just How Big Has TikTok Use Gotten Among Gen Z? 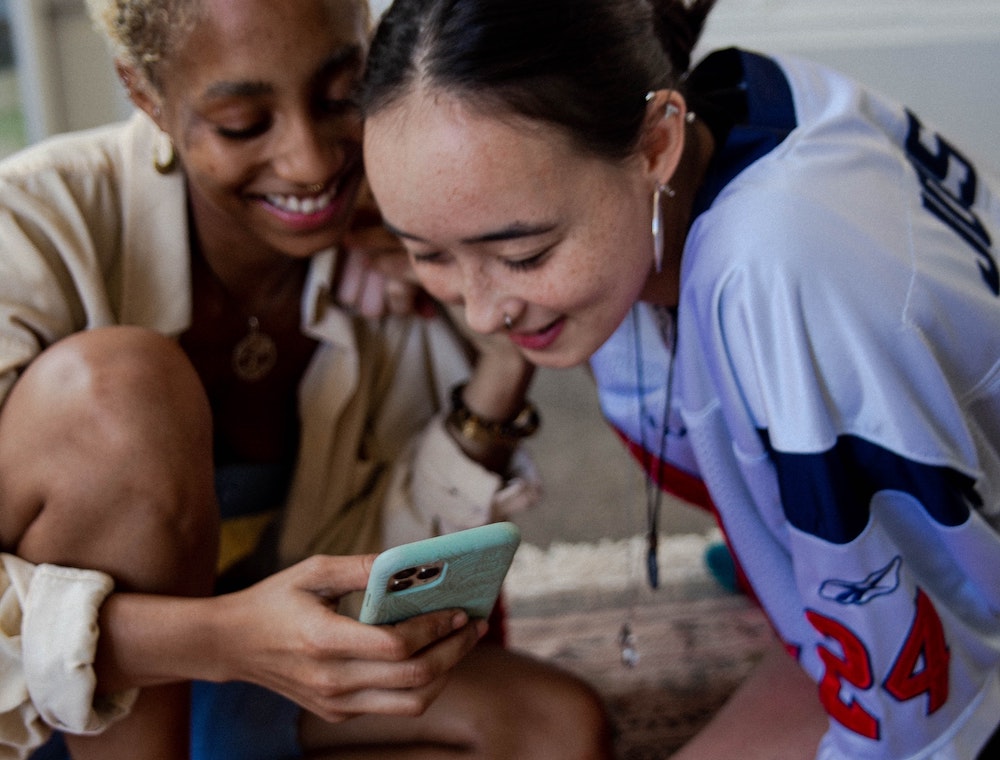 It’s hard to put into words exactly how influential TikTok has become. (But we’ll try.) Our social media behavior report found that it’s the top platform that Gen Z says they can’t live without, and our most recent social media monitor shows it’s the top platform they say they’re addicted to. But its influence extends far beyond just what they’re watching. It’s one of the top platforms Gen Z is discovering music on, second only to YouTube. Our ad/marketing effectiveness survey shows it is by far the top platform Gen Z last saw an advertisement that made them want to purchase something. (The power of #TikTokMadeMeBuyIt is real.) When we asked high school students where they were getting their prom outfit inspiration this year, TikTok was the top response after friends and family. Our upcoming trend report about the impact of social media on Gen Z’s fashion found it’s the top platform that the generation says helps to create fashion trends.

And all this from an app that was launched in the U.S. just five years ago. With an endless supply of niche trends emerging on the platform on an almost daily basis, it has become a hub for entertainment, music discovery, product purchase inspiration, community, and more. But perhaps the biggest display of TikTok’s growing influence is the data on how exactly how much TikTok use grown among Gen Z. So is TikTok bigger than any other platform among this gen? We looked at our most recent social media monitor to see where TikTok use stands now among Gen Z and Millennials and check in on its continued popularity explosion:

TikTok use has only continued to grow in the last year, and now over seven in 10 Gen Z are on the app 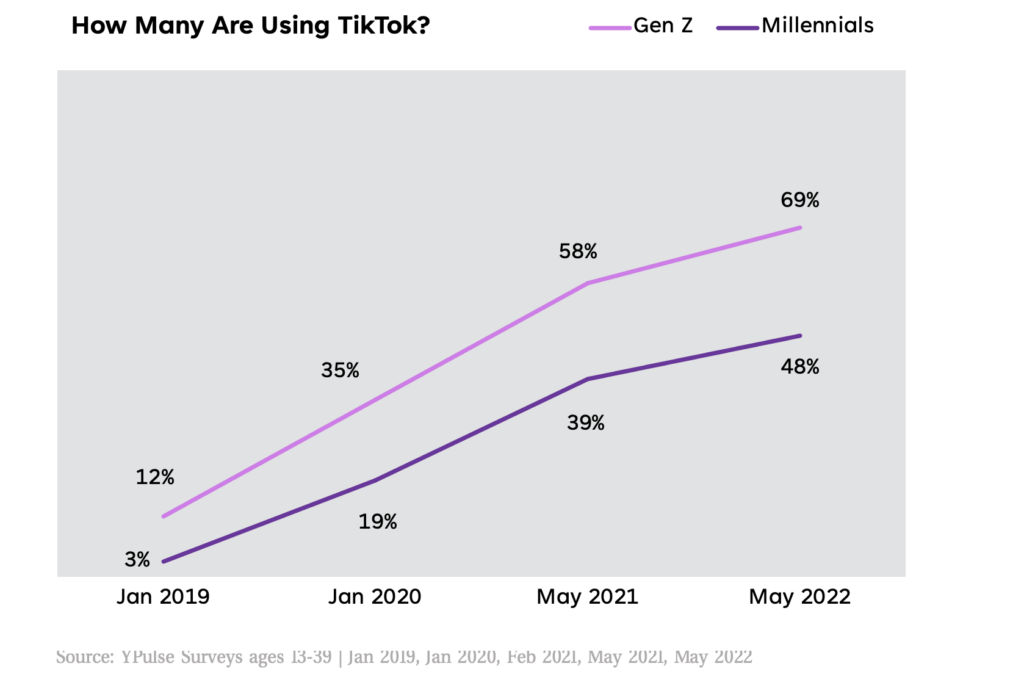 Of course, the truly mind boggling part is that overall their usage of TikTok has increased 475% since 2019. Last year, we told you that Gen Z is far more likely than Millennials to be using TikTok, and that’s still true, but growth among the older gen has continued into 2022 as well. In fact, Millennials’ use of TikTok has increased 23% since 2021, and 1500% since 2019. In the last year, growth has actually been strongest among Gen Z males and Millennial females, showing that the user base of the app is certainly diversifying past its teen girl roots.

The last year of growth has propelled TikTok to a coveted place: it is now the top social media platform that Gen Z is on.

Earlier this year, we reported that TikTok is officially young people’s favorite app, and now we can say it is officially the top social platform that they use, surpassing Instagram for the first time. You may argue that the app is tied with YouTube, at 69% and 68% respectively, but of course many consider YouTube a media platform first and foremost. But that’s what TikTok is as well in the end, and what all social media platforms ultimately need to be to keep this generation’s interest. They’re far more likely than Millennials to say that the main reason they visit social media is for entertainment, and clearly it’s the platforms that provide them video content that continue to win them.