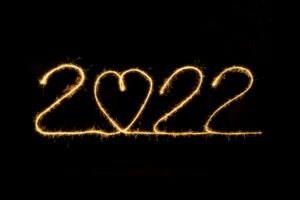 Yes, another year is actually here – and so are our predictions for what Gen Z and Millennials will bring to it…

Happy New Year! While our collective consciousness is still stuck somewhere in 2020, the shocking reality is that 2022 has in fact arrived. And as always, the YPulse team has pulled together some of our biggest predictions for the coming months. Our research on young consumers provides a constant stream of current insights – but also a vantage point on the trends that have potential to grow into something bigger, and impact both young consumers and brands. Though 2020 and 2021 have been thrillingly unpredictable in many ways, we have still seen many of our predictions come to fruition. In 2021, many young consumers did indeed leap into experiences as soon as they felt it was safe (remember Lollapalooza?), and embraced a new focus on wellness, as we had forecasted.

We’re kicking off this year with five thoughts on what 2022 might bring for Gen Z and Millennials, from their state of mind to the culture and entertainment they consume and fuel, and more: 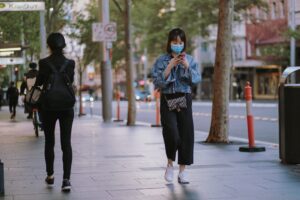 Sixty percent of young people currently believe that it will be six months or more before COVID is no longer a threat, and the majority consider us to be in the COVID-19 era, not post-COVID. While many started 2021 with the belief that the pandemic would be long gone before its end, young people are now settled into a perspective that things are not resetting to a pre-COVID state anytime soon. YPulse’s trend report, The In Between, explores what their mindsets are entering the new year, yet another year of pandemic, and found that many Gen Z and Millennials are feeling stuck in a limbo created by COVID-19. They’re still craving the experiences they’ve been missing out on for so long, but also have adjusted in many ways to their new, much-closer-to-home normal. Young people are divided between these two realities, and YPulse predicts that they will continue to feel torn between their desire to jump into a care-free life and the caution that has been baked into them over the last two years. In 2022, we see they’re clearly hopeful for a future where they can enjoy more experiences, but still feel that future is just slightly out of reach. The longer they live in this in between state, the more they’re embracing small adventures, and investing in their personal joys and self-expression. But the reality is that some things will never return to the way they were, and Gen Z and Millennials don’t want to go back to everything they left behind. Many are embracing a lifestyle where they feel free to say no to more and be more selective about the events they take part in. Expect that the coming year will continue to show that these generations are feeling stuck in between, and that this limbo might well be their new normal. 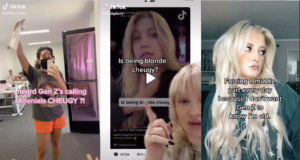 If 2021 taught us anything, it’s that Gen Z is not afraid to tell Millennials what is cool and what is not (Spoiler: They don’t think Millennials are cool). The younger generation has officially grabbed the culture creation torch, and they’re running away with it fast. Whether declaring that middle parts and skinny jeans are over or blonde hair passe, Gen Z has been making their mark by using social media to decree what’s relevant and what’s not. And while many of these social media verdicts are tongue in cheek, they are representations of the reality that Gen Z has aged up into their era of influence. And it’s not just style and fashion that they’re making their mark on. This generation is fueling the redefinition of pop culture, with social media as their focus and their entryway into cultural events. Take the 2021 Met Gala as an example: Gen Z females told YPulse this was one of the biggest pop culture moments of the year, and while it was once owned by the fashion elite, this year TikTokers and meme-makers on Instagram took over, with their commentary and democratized POVs dominating the conversation for young consumers, who were watching every moment on their feeds. Every generation has their moment of being the arbiters of culture, and Gen Z’s is here. In 2022, this generation will only continue to age into their era of relevance and take even more ownership over pop culture. 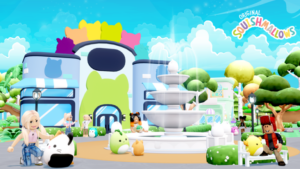 Did you think we were going to have a prediction list without the word Metaverse in it? We don’t think it’s allowed. The word took over headlines as 2021 came to a close, with Facebook literally changing their name to Meta as a decree on their future focus. While some have declared the hype a “terminological land grab,” there’s little doubt that the Metaverse will be a focus for many brands in the coming year as they try to stay relevant. But what about young consumers? YPulse will be exploring the realities of the Metaverse in an upcoming trend report (coming up in March) and our prediction is that a single, united virtual world is not close to becoming a reality in 2022 (or even 2023 for that matter). But that doesn’t mean that the concept is completely without worth. The reality is that young consumers have been playing in the metaverse for a long time, we just haven’t been calling it that. Gen Z and Millennials have always embraced gaming, and especially open-world and sandbox games, as spaces not just to play to score points, but to explore, hang out with friends, and attend virtual events. Our gaming research shows that 47% have hung out with friends in a video game (66% of Gen Z and 41% of Millennials) and 17% of gamers have used a game for something other than its original purpose. The pandemic intensified their use of gaming and virtual worlds, with Fortnite, Roblox, and Animal Crossing just a few of the games that broadened their focus to provide users experiences beyond gameplay. Because of this, we’ve long said that the future of marketing is inside video games, and in 2021 we saw more and more brands embrace the idea of digital and virtual marketing inside gaming worlds—a.k.a. mini-Metaverses. Concerts, fashion drops, and even films are being released inside video games. In 2022, expect that the “Metaverse” will continue to evolve, with brands bringing shopping, product drops, and more events into these spaces, but for Gen Z and Millennials it will largely occur within the gaming worlds they’ve already been spending so much time in. 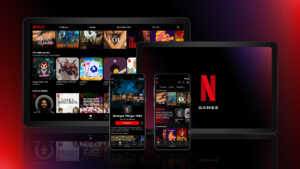 Meanwhile, while video games become more and more like virtual worlds, the lines between traditional entertainment media and gaming will continue to disappear. In recent years video games have also become more and more theatrical, with Red Dead Redemption breaking new ground in terms of how cinematic games could be. Now there are rumors of a Red Dead movie, and a recent viral video of a fan casting of the potential film. The lines between video games and movies have been blurring for some time, but 2022 could also bring the gamification of media in a different way. In November of 2021, Netflix’s officially launched their first mobile video games—for Android users, at least. YPulse told you about Netflix’s video game expansion, and Android devices are the first to gain access to five mobile games. Two Stranger Things games (Stranger Things: 1984 and Stranger Things 3: The Game), Shooting Hoops, Card Blast, and Teeter Up are now included in Netflix’s streaming subscription and can be accessed via a dedicated games row and tab where users can pick which titles to play. The mobile games are available globally, and games for Apple’s iPhone are still planned, although the streaming giant has not disclosed when they’ll be hitting devices. We’re guessing that will happen in 2022, and Netflix gaming will be off and running. Netflix has also acquired a gaming studio as it pushes further into the gaming space. Watch Squid Game or new season of Stranger Things (also coming in 2022!) and a game will be right next to it for you to play after you’ve watched, to continue your immersion in that content. There is little doubt that one of these games will go viral, in the same way that Squid Game went viral on TikTok last year. We predict that as more series are turned into games that live alongside their original content, Gen Z and Millennials will embrace the gamification of their entertainment, and come to expect that they can “experience” shows and movies in a game. 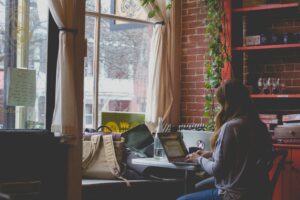 This year, YPulse explored what’s next for work for Gen Z and Millennials as they fueled a Great Recession and rethought their career priorities. One of our big takeaways? These generations want hybrid to be the future of work. COVID has changed work culture, and the majority that are currently working at an office job are doing so at home, and many don’t want to return to the office full time. They’ve adjusted to the flexibility of work from home, and want hybrid schedules to be the norm going forward so they can have the best of both worlds: at-home privacy and some time with coworkers, when they want it. We found that just about half of young people who are not working at a jobsite want to work hybrid after the threat of COVID is gone, and they’re more likely to say they want hybrid work than to never go in at all. Ultimately hybrid is the future of work for these generations, and while many companies resisted the change in 2021 this will become the norm in 2022. We hate to say it, but we’re starting the year with many companies reinstating office closures in the wake of the new COVID variant. For young workers, it’s more evidence that a work culture that embraces at-home work when needed and in-person when desired is the path that makes the most sense—and just happens to make them happy.

North America
Education Report
Gen Z has faced years of education disruption, with the pandemic  presenting challenge ...
North America
How Inflation is Impacting Back To School Shopping for Young Consumers
Back to school season is here, but inflation will definitely be impacting Gen Z and...
North America
Gen Z & Millennials Aren’t Turning to Experts for Wellness Information
Wellness professionals aren’t at the top of their list for wellness information any...