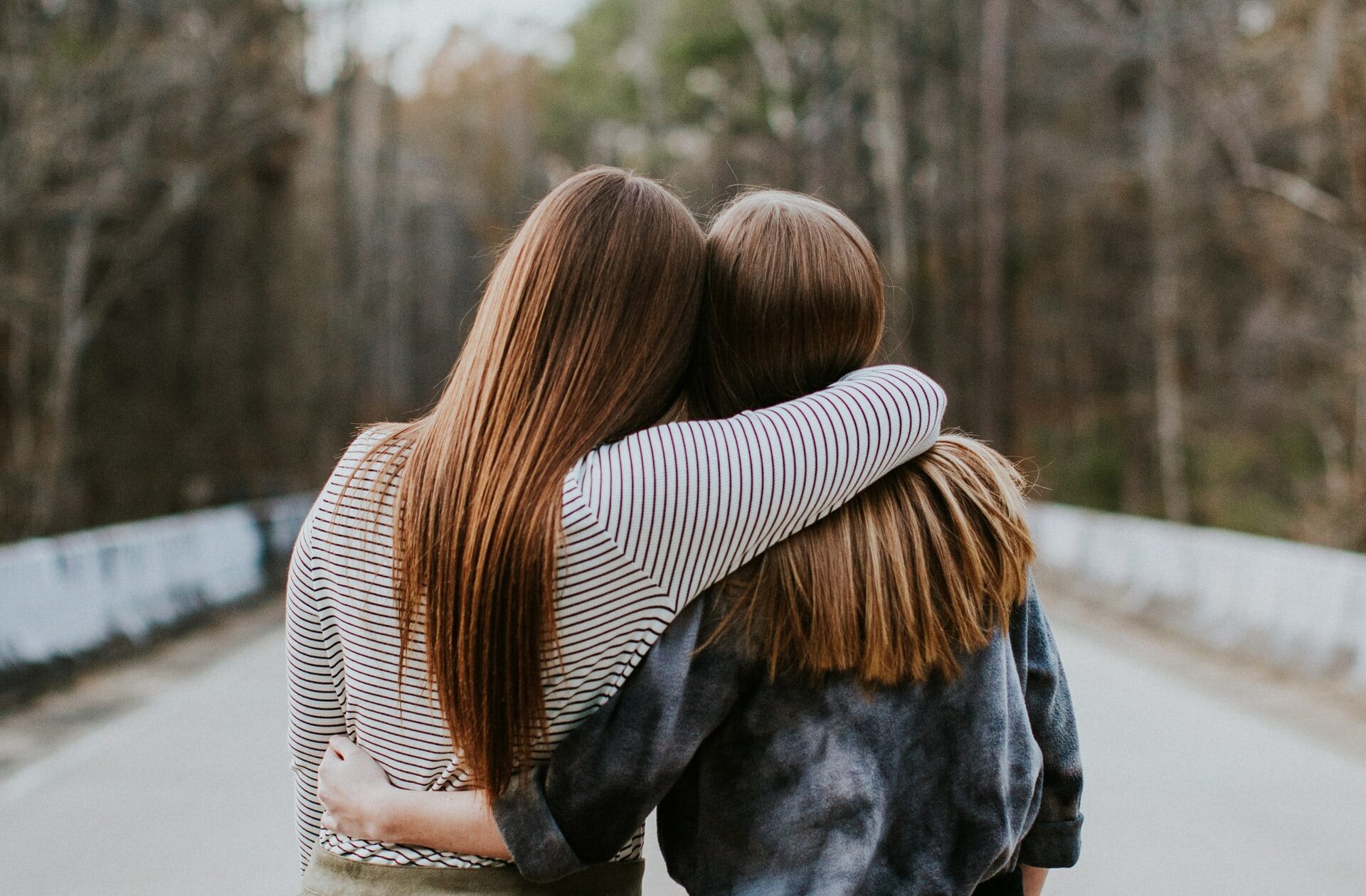 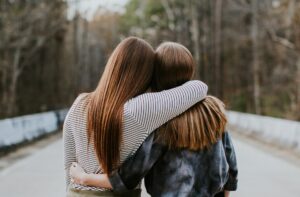 How are young Europeans similar and different from young North Americans? We’ve got 5 insights that tell you the story…

YPulse has been covering the behaviors and trends of young consumers in Western Europe for six months now, bringing brands all the insights they need to understand Gen Z and Millennials in the U.K., Italy, France, Germany, and Spain today. We’ve delved into everything from their social media habits and shopping preferences to their digital learning practices and evolving relationship to work. At the same time, we’ve been keeping an eye on the most important news concerning young European consumers every week, following everything from how brands are reimagining products for young Europeans’ new values to the TikTok trends capturing their hearts (and attention).

In the course of this research, we discovered many things that Gen Z and Millennials in Western Europe have in common with those in North America—and some things they don’t, too. As a wrap to 2021, here are five ways young Europeans are similar and different to North Americans we learned about this year: 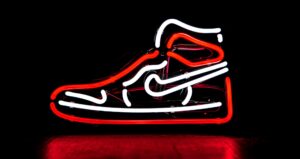 The majority of their favorite brands are American.

From our brand tracker data to our behavioral surveys, we’ve asked 13-39-year-olds in Western Europe to tell us a lot about the brands they like and follow the most. And our biggest takeaway is that their brand preferences don’t diverge too much from young North American consumers’. In both regions, American brands dominate, and some of young Europeans’ favorite or top brands are the same as the ones that have topped young Americans’ lists for years. When we asked Gen Z and Millennials in Western to tell us the brands they feel a sense of community around, for example, some of their top responses were Nike, Marvel, Disney, Amazon, Playstation, and more. Nike has long dominated many a brand list among Gen Z and Millennials in the U.S., most recently claiming the accolade of “coolest fashion brand” (yet again). Nike is also young Europeans’ top fashion brand, according to our brand tracker, as well as one of the brands with the highest overall YScore+ among young Europeans and one of the brands they consider the “coolest.” But it’s not just Nike making it to these lists. Paypal has the highest YScore+ among young Europeans, and Netflix, Amazon, Apple, and YouTube also score high. Of course, these are some of the biggest brands in the world—iPhones are everywhere, Amazon is bringing convenience to the farthest corners of the earth, and much of Netflix’s content translates—literally and figuratively—to pretty much anyone with an internet connection. But consistently finding this in our data underscores just how globalized young consumers’ worlds have become, and how with the right ethos and campaigns, brands can reach young consumers the world over. 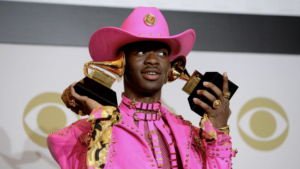 In YPulse’s recent WE Pop Culture Redefined trend report, we went deep into the pop culture moments European Gen Z and Millennials are paying attention to—and how they’re reshaping the very definition of a pop culture moment. At the heart of this, of course, is the influence of social media, which is spawning trends faster than ever before—and pushing them beyond national boundaries. Now, a meme created in California can spread to the U.K. before it even hits the East Coast. With this global citizenship, young consumers have developed an interest in content focused on other cultures and countries, a topic we explored in YPulse’s Borderless Culture trend report and which made itself clear when we asked 13-39-year-olds in Western Europe to divulge the pop culture moments they paid attention to most this year. Lo and behold, many of the things they listed as the biggest pop culture moments of the past year were straight from the pages of American tabloids (er, tea accounts). Britney Spears’s conservatorship, the Friends reunion, and the MET Gala all made their list, as did mentions of Lil Nas X, Kanye, Taylor Swift, and even the Superbowl half-time shows. 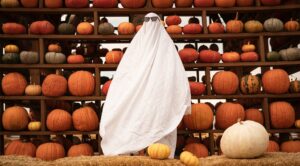 And they celebrate Halloween.

Though Halloween may have its roots in ancient Irish tradition, the spooky holiday is largely associated with American culture. YPulse’s WE Halloween survey found that Gen Z and Millennials in the U.K., France, Germany, Italy, and Spain celebrate the holiday, too. In fact, 83% tell us they celebrate the holiday, and in many of the same ways as North Americans: the top ways young Europeans say they celebrate Halloween is by eating and buying candy, while 31% say they stay in and watch scary movies and a quarter planned to wear a costume this year. What’s more, young Europeans are more than open to brands capitalizing on the holiday, too, with 63% telling YPulse they like it when brands release Halloween-themed products, which several have successfully done. Popular U.K. beer brand Hobgoblin went all-out with a special Halloween ale (dubbed “Best Sipped in the Dark”) along with a virtual festival that took place across social media channels. In 2020, Twitter teamed up with popular U.K. illustrators to bring some of the platform’s viral Halloween tweets to life on London’s streets where people could enjoy them despite lockdowns and social distancing. Featuring spooky glow-in-the-dark illustrations in popular locales, the campaign offered a bright spot for young Europeans missing their usual holiday festivities. 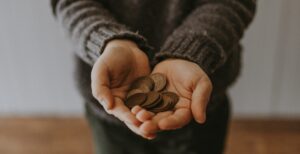 They have less student debt.

A defining feature of Millennial life in the U.S. is (unfortunately) the student debt crisis. An astounding 43.2 million student borrowers hold an average of $39,351 in student debt, and the student debt deficit in the country totals more than $1.59 trillion. Now, student debt has delayed many life milestones for Millennials as they’ve put off buying homes and starting families for lack of financial stability. Things are a little different in Europe, though. YPulse’s WE personal finance and services report found that 10% of Millennials in Western Europe have student debt, making it their fifth top type of debt. Meanwhile, 23% of North American Millennials have student debt, making it their second top type after credit card debt. What’s more, 39% of North American Millennials say that their student debt has stopped them from reaching financial goals compared to 28% in Western Europe. It’s important to note, of course, that Western Europe is not a singular entity, and each of the five countries has a different approach to education and student loans. The U.K., for example, is not all that different from the U.S., with 5.3 million borrowers owing an average of £37,000 each. Eighteen percent of U.K. consumers tell YPulse they have student debt compared to 10% in Germany and 7% in France, Spain, and Itlay, where free or subsidized education is more prevalent. 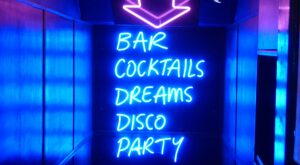 And they’re not quite as ready to give up their nightlife.

We’ve been saying for a while now that Gen Z and Millennials are the homebody generations, and as our recent NA nightlife and drinking report found, the pandemic only strengthened young consumers’ desire to stay in. On top of that, after a pandemic-anxiety-induced uptick in drinking, we’ve also seen that the Sobriety Shift is making a strong comeback, with many young consumers opting to give up drinking altogether or else limiting their intake. And while we’ve largely seen the same trends taking shape in Western Europe, our WE nightlife and drinking report found that young Europeans aren’t giving up on nightlife with quite the same gusto. While the majority (61%) of North Americans say going out is more effort than it’s worth, less than half (45%) say the same in Western Europe. What’s more, ​​46% of young Europeans say that even when the threat of COVID-19 passes, they’ll prefer to drink at home than go out compared to 66% of those in North America. And while nearly half of young Americans say they’ll never go to a bar/pub again, just 26% say so in Europe. While all of this does hint at young Europeans’ increasing desire to take a bit easier than generations past, it also suggests that the nightlife scene might make a bigger comeback in Western Europe.