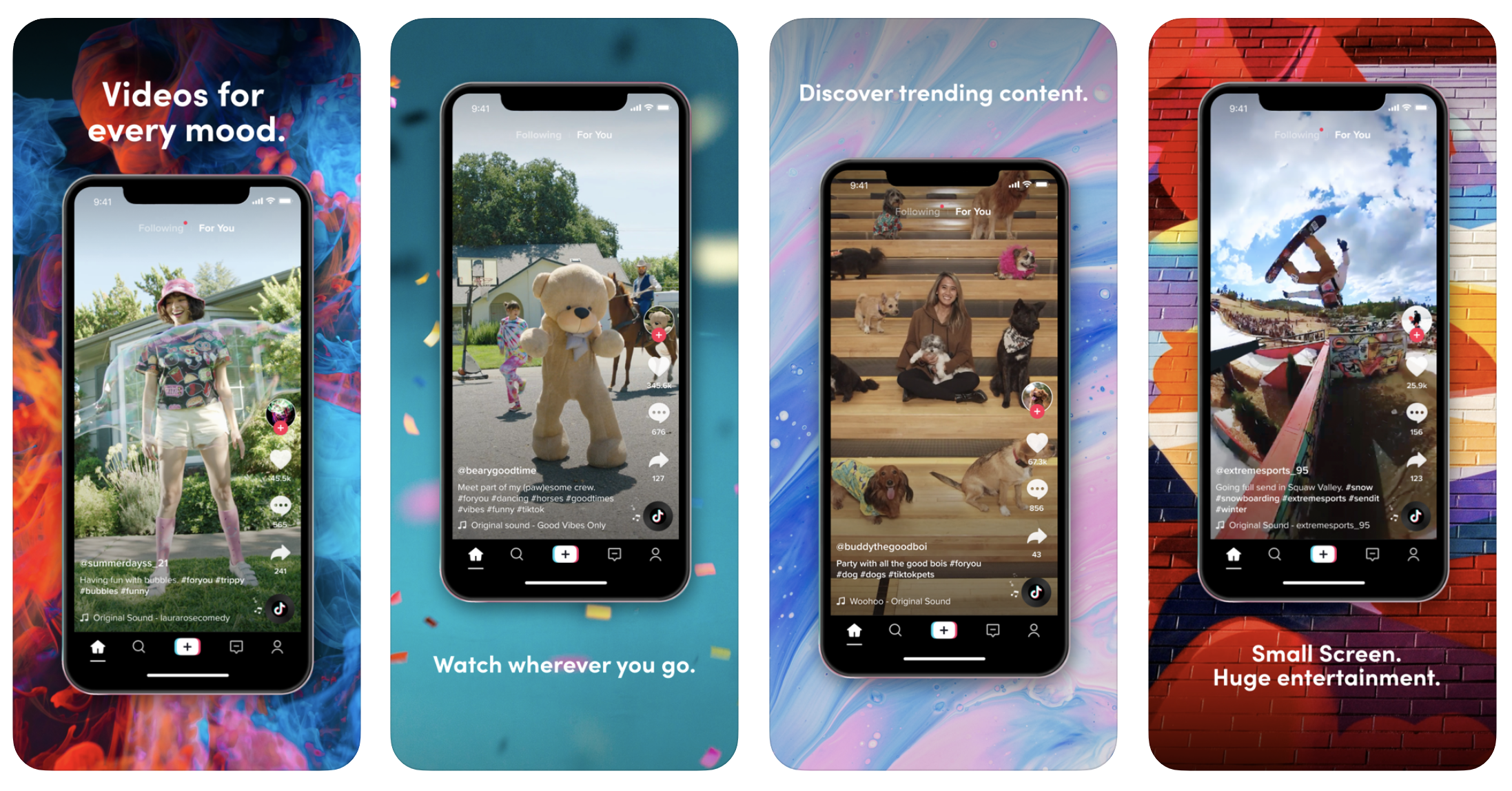 Our social media surveys have monitored TikTok’s growth—and it’s only picking up speed. Here’s how big the app has already gotten, in three charts…

Last year was undoubtedly the year of TikTok. The app grew like wildfire, attracted brands, started trends, and made headlines throughout 2019. According to The Verge, TikTok, run by Chinese company ByteDance, has seen “astounding growth” since launching in 2017, adding 500 million users in 2019 alone, and reporting 1.5 billion users total. In the U.S., use jumped this year—and we monitored it all in our social media surveys. While for some time, the headlines and hype were out-scaling the actual user numbers among Gen Z and Millennials, we’ve seen massive growth in self-reported users, and it’s actually picked up speed in just the last few months. Our most recent social media survey revealed that the number of young consumers who are using TikTok is quickly increasing: 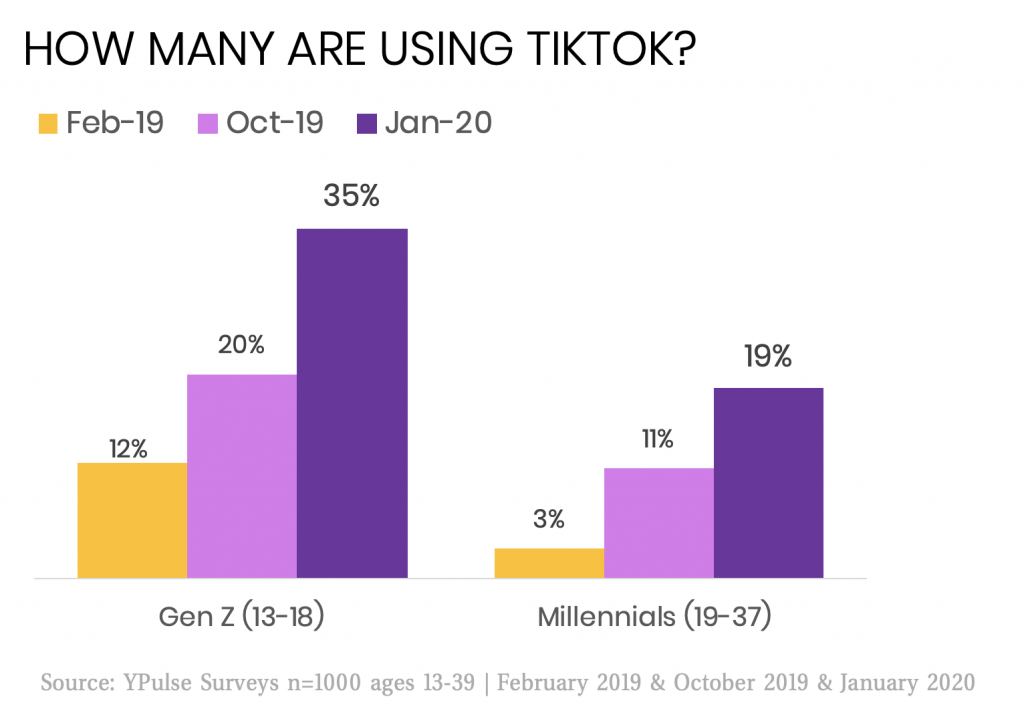 It’s true that TikTok isn’t the only platform that gained users last year, but there is no doubt that the growth we’ve seen on the platform among young consumers is incredibly impressive. In our October social media monitor, 20% of 13-18-year-olds told us that they use TikTok—up from 12% in February—now, the number is up to 35% among this group. But there has also been significant growth among Millennial users: from just 3% in February 2019 to a full 19% today. Clearly, the platform’s efforts to attract older consumers are paying off, and the app is getting more mainstream. But perhaps even more impressive are the stats for daily use among both groups: 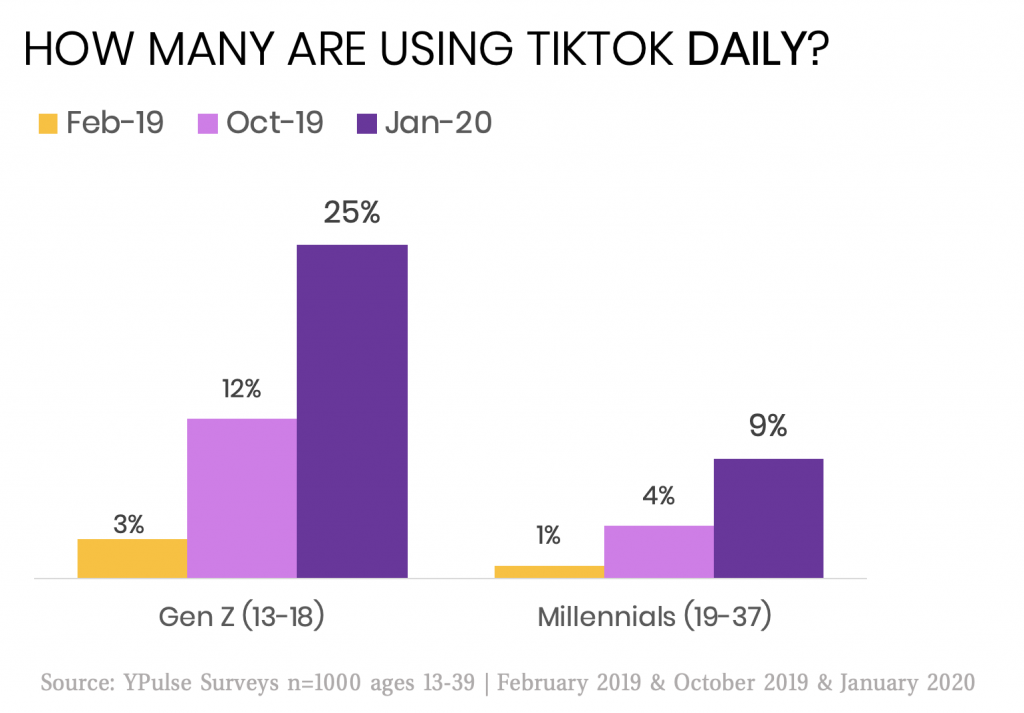 A quarter of Gen Z teens tell us that they’re using TikTok daily, up from just 3% roughly a year ago. In our social media behavior survey, we asked young consumers how they feel about the most popular social platforms, and TikTok was the platform that 13-18-year-olds were most likely to call addictive, with 32% choosing it for this descriptor. They were also most likely to call TikTok entertaining—the app beat out Snapchat, YouTube, Instagram, and other major platforms on this metric.

In fact, TikTok’s standing has increased so much that as of our most recent social media monitor, it is now a top ten platform among Gen Z and Millennials:

Not only is TikTok a top ten platform among young consumers, but TikTok use now exceeds Facebook use among 13-18-year-olds, with 35% saying they use the app and only 32% saying they use the OG social network. It also outranks Twitter, Pinterest, and Reddit among this group.

While Millennial use isn’t as high, and the app has a long way to go before dethroning the big players, with the growth that we’ve seen there’s a major reason (or millions of reasons, if we’re talking about users) to keep watching TikTok.