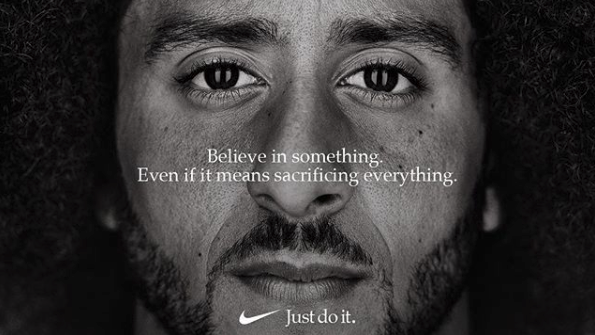 Here are eight of the big marketing trends we saw in 2018—that we only see getting bigger in the new year:

Many of the big marketing trends we called out from 2017 continued through this year, with pop-ups only increasing in popularity, augmented reality efforts continuing to grow, and fun, viral foods still taking over feeds. But we also saw some new marketing trends develop and some major shifts happening in efforts to reach young consumers. We looked back at the year to pull together a list of some of the biggest ones impacting multiple industries targeting Gen Z and Millennials:

We don’t think we can have a year in review post about marketing to young consumers without including the campaign that made perhaps the biggest splash of the year: Nike’s Colin Kaepernick ad. It’s hard to imagine that Nike didn’t know they would push some hot topic buttons when they announced that former San Francisco 49ers quarterback Colin Kaepernick would be the new face of their marketing campaigns. However, they may not have foreseen backlash against their brand building into people destroying their products. But (thanks to our youth brand tracker Ybrands) we were able to get real-time data to find out how young consumers really felt about the campaign—and found that Nike’s marketing decision to take a stand paid off in a big way. Perhaps most importantly, we saw a large increase in their scores as a brand that supports causes, a vital stat among Gen Z and Millennial consumers. In our 2016 research on the trend PC Police, we found that 54% of 13-33-year-olds said it was positive for a brand to publicly declare support for a progressive cause. Our new Causes to Crises trend shows that this feeling has only continued: more than seven in ten 13-35-year-olds say brands have just as much responsibility as people to get involved with social causes, and even more say that buying products from brands that support the causes they support makes them feel better about spending money. This year, Nike was a leader in the trend of brands taking a serious public stand for a cause.

Copying Snapchat stories “was the best decision Instagram ever made,” according to Recode. It’s been two years since the copycat move, and the feature has been called “arguably the fastest-growing media format ever.” Our social media survey aligns, showing that 31% of 13-36-year-olds, and 37% of 13-20-year-olds, use the feature. So of course it’s not a surprise that this year brands really started to tap into the tool, finding new ways to market to young consumers via Stories. According to Glossy, Instagram reports that 50% of business users post Stories, and one in five garners a direct message. Influencer marketing is being affected as well, with more and more brands asking for 24-hour “takeovers” of their stories over one-off posts. In September, Instagram responded to the brand deluge by added shoppable tags to Stories, reporting that “[w]ith 300M using Instagram Stories everyday, people are increasingly finding new products from brands they love.”

Stories weren’t the only social media marketing trend to take off this year: As we explored in our recent trend And We’re Live, livestreaming services and social media’s newest features have created a new era of live content that is changing entertainment—and marketing along with it. Almost seven in ten 13-36-year-olds are streaming live video online at least monthly, and over two in five say they’re watching up to an hour of this type of content every day. Going live means being more authentic and more creative in finding ways to hold interest, and this year, it started trending among brands who want to stand out among marketing clutter. We saw efforts like Warner Bros. using live features in their campaign to create a “pop culture moment” with romantic comedy Crazy Rich Asians. They launched a full social media onslaught that included “Instagram Story competitions,” and a Facebook Live Q&A with the cast that racked up 69,000 views. J.Crew used Instagram Live to provoke a “fear of missing out” for their consumers, broadcasting videos announcing flash sales that can only be accessed through the platform, and only last as long as they’re streaming. More recently, Ariana Grande’s viral music video “Thank U, Next” proved that livestreaming is becoming mainstream, breaking YouTube’s record for the most concurrent viewers when 829,000 people simultaneously tuned in for the premiere, according to The Verge. Another livestreaming record was broken back in March, when Drake went on Twitch to play Fortnite in a livestreamed playing session that racked up 630,000 concurrent streams, smashing Twitch’s previous record of 388,000. And speaking of Fortnite…

Like it or not, Fortnite was a massive gaming phenomenon that took over 2018—and became a major marketing trend as well. After taking over the internet early in the year, winning over gamers and non-gamers alike, brands started to quickly get in on the action. Take Hasbro, which capitalized on the Fortnite phenomenon with games like Monopoly: Fortnite Edition and NERF Fortnite blasters—just the first items that hit shelves as part of their collaboration with Epic Games. The game also inspired Halloween merch as companies looked to cash in on the phenomenon, with Spirit Halloween and Spencer’s both stocking up on licensed costumes. In October, Marketing Dive reported that more brands were also targeting Fortnite fans through in-game activations. Dollar Shave Club, which has a history of being quick to embrace gaming trends, accrued 9.8 million views across their nine in-game videos this summer. Marvel promoted films by offering Iron Man and Thanos skins, so players could change their avatars’ appearance to emulate their favorite characters. Blue Apron, Casper, and even 1-800-Flowers have been spotted using Fortnite, too.

“Anxiety consumerism” is on the rise as more viral products promise stress relief. Vox reports that Fidget Cubes and Gravity Blankets both went viral on Kickstarter, helping both products to become mental health panaceas du jour. Coloring books, slime, Goop’s wellness products, and other means for people to boost their mental health with their wallets are also booming. With young consumers so clearly concerned about what’s going on in their heads, brands began to take on the role of therapist this year.

Coach’s pop-up focused on “mindfulness” was a four-room journey aptly named “Life Coach.” Instead of selling or even giving anything away, the marketing experience “explore[d] ‘conscious consumerism’” as “the antithesis of throw-away culture.” Racked examined the growing trend of branded mental health marketing, reporting that Lola tampons, Unbound, Tuxe, and many others have also leveraged the self-care movement, as brands try to show that, “‘We’re good people and we’re not just after your money.’” Last month, even Lego got on board, targeting stressed-out adults with its newest toy.

Yes, esports was also in our roundup of marketing trends from 2017—but we couldn’t leave it out after a year in which brands finally started realizing that esports marketing isn’t just for energy drinks anymore. According to Casino, brand investment rose 48% over the past year, spending their money on sponsorships, followed by advertising, and content licensing or media rights. Experts estimate that esports will rake in $1 billion in revenue this year, 77% from brand investments. We told you how more brands could get involved, and saw Mastercard and Ford begin to play in the space. Sephora sponsored an esports event for female gamers making the statement that the makeup brand believes “just as in the beauty market, gaming is no longer represented nor limited by genders.” In October, Nescafé announced they would be sponsoring Spanish competitive gaming team MAD Lions E.C. to create activations and digital content, continuing their leadership in the space, and sending a message to other non-endemic brands to level up their involvement in the up-and-coming industry.

We wrote about the popularity of Practical Magic at the end of last year, and continued to see the trend grow this year—and brands start to get on board. For example, Jägermeister celebrated Halloween with augmented reality tarot cards. Special snapcodes could be found in select stores and bars and scanned to activate a Snapchat experience that revealed drinkers’ fortunes and a beverage recommendation. But Sephora found out that appropriating the supernatural without care can cause a backlash. Vox reports that the beauty retailer pulled plans to launch a “starter witch kit” from Pinrose on their site after fielding complaints that it hodge-podged sacred objects from different cultures together.

With so many tech-forward trends on the list, our last may surprise you, but this year old school ads began to see a comeback—especially among brands targeting young consumers. According to Digiday, digital-first brands are shirking Facebook—whose algorithm update prioritizes friends’ content over companies’, causing a spike in marketing costs. So direct-to-consumer brands like Brooklinen, Thinx, Roman, and Quip have branched past social media to radio, print, and experiential out-of-home ads. In another surprising move, Netflix bid on LA-based billboard company Regency Outdoor Advertising for the “user-generated buzz,” MediaPost reported. Billboards encourage passersby to take pictures and share the ad on social media, which not only earns free engagements but is a way to connect with fans in the real world. Finally, we saw a twist on the trend with Millennial-friendly brands like Glossier and OUAI pairing stickers (yes, old school stickers) with purchases, and customers are proudly plastering them to their stuff to rep their Brandoms—IRL and across social media. 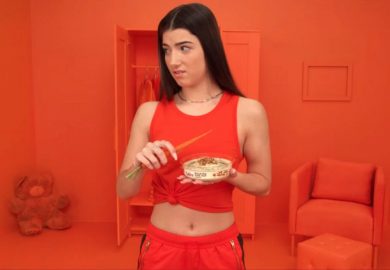 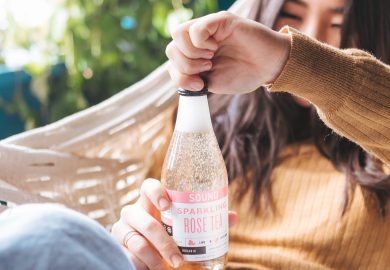 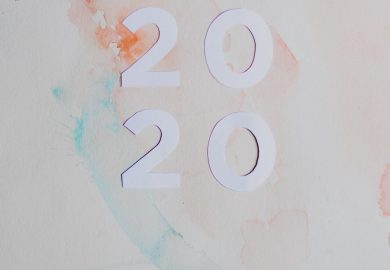 The Food, Fashion, and Media Trends That 2020 May Hold