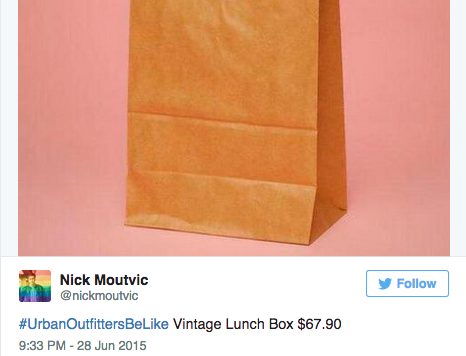 Hashtag campaigns are telling brands exactly how young consumers feel about them. Are they listening?

We often tell brands that young consumers are so massively influential because they are eager to share their opinions: if they like you, they’ll tell 200 of their friends, if they don’t like you, they’ll tell 2000, all with a simple click. These days, that can mean a blasting online review, an email or text to friends, and recently, consumer-organized social media campaigns that use hashtags to call brands out on everything from pricing to exclusion. The beauty of social is that brands can now have personal, more authentic conversations with consumers, and hear what they have to say. But that pro comes with a caveat: young consumers are not afraid to telling everyone when they are unhappy, and they can organize a movement around their criticism. Here are three examples of hashtags that have originated and spread thanks to consumers on social platforms, and show that these days brands better be listening: 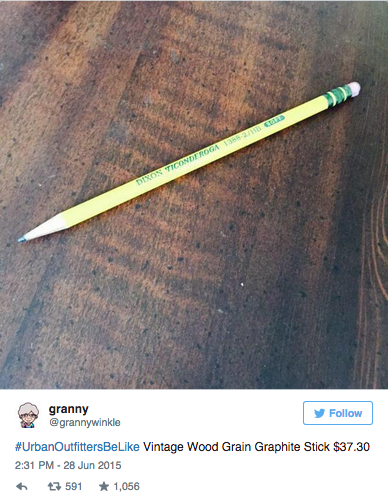 A decade ago, Urban Outfitters helped sparked the mainstreaming of vintage clothing. But they have not kept up with the shift in youth culture to a “new wave that cares about authenticity,” and many of their products are viewed as overpriced and inauthentic. Right now, young consumers are telling Urban Outfitters what they think with the trending hashtag #UrbanOutfittersBeLike. Critics are using the tag to share images of simple everyday items like plastic bags and pencils along with fancy descriptions and ridiculous high price tags. The hashtag trend is half humorous, but is also a clear cry form young consumers that they aren’t willing to pay high prices for anything that isn’t viewed as quality—and that they are incredible wary of feeling duped. The retailer has not responded to the campaign, which Adweek calls a PR Fail. 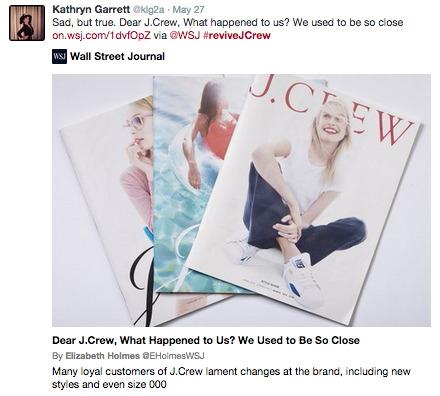 J. Crew is cutting jobs after a fall in sales this year. While some say the brand is “losing its cool,” their former fans are sending a different message. The Hairpin published a beautifully penned open letter to the brand’s executive creative director, and style icon, Jenna Lyons. The letter doesn’t say anything about coolness, but instead talks about the lack of realistic wardrobe selections, and the high prices. On Twitter, the hashtag #ReviveJCrew has become a battle cry from the retailers audience, who mainly complain about the rapid decrease in quality. Quality is an incredibly important thing to Millennials when they are paying a hefty amount for a product. They don’t expect that Forever 21 will last them forever—the price tag tells them otherwise. But if the cost is high, they expect a long-lasting product. In our examination of young consumers’ perception of luxury, calling products “high quality” is rated almost 2x more positively than calling them “luxury.”

52% of Millennial parents tell us that ads they see are made for mothers more than fathers, and 83% say they think advertising for parents should appeal to both mothers and fathers equally. There is clearly a demand for more brands to recognize that mom is not carrying the childcare load solo. Amazon was told how they feel this year, as an online movement in the U.S. puts pressure on the site to rename its “Amazon Mom” service to “Amazon Family.” A petition championed by a dad blogger emphasizes that moms and dads are equal parents that share responsibilities, and points out that the same service is called Amazon Family in many other countries. The push took to Twitter where the hashtag #AmazonFamilyUS was being used by parents and nonparents alike.