We get it. Young consumers are on social media constantly, and brands want to talk to them there. But many aren’t necessarily getting it right, and crimes against hashtags are far too common. We’re going through the worst offenses to save brands from their social media mistakes.

We’ve been pretty honest about brand hashtagging in the past. Though some brands manage to engage young consumers in conversations and campaigns that use hashtags successfully, more often than not, attempts to hashtag fall flat. Exactly one year ago, we wrote #YoureDoingItWrong, and walked through some of the ways to hashtag right. Twelve months later, it still feels like you can’t watch a commercial without seeing a hashtag splashed across the screen at the end of the ad, or being thrown out by nearly every brand with a campaign, whether or not it makes much sense. Crimes against hashtags are rampant. Fast Company’s rundown of the top eight “worst corporate tweets of 2014” included several brands who tried to make important days about their products. ZzzQuil tweeting out “Today is the day for dreaming.” on MLK day was a particular low, as was DiGiorno Pizza’s now infamous #WhyIStayed blunder. The lesson learned? Brands still need to learn how to hashtag right. Here are three of the biggest hashtag crimes still being committed in 2015. (Hint: avoid them!) 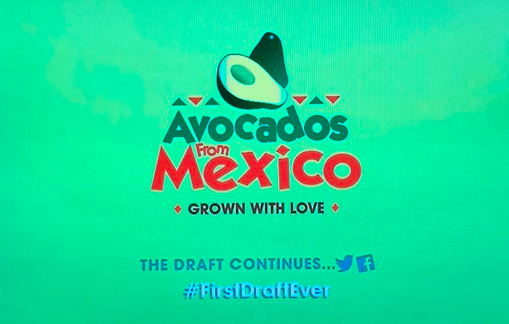 In 2014, hashtags were mentioned in  57% of Super Bowl ads, but only five brands’ hashtags had more than 10K mentions during and after the game. It was a clear demonstration of one major hashtagging crime: laziness. Hashtags being tagged onto the end of commercials feel more like afterthoughts, surface attempts to jump on a trend, than actual engagement efforts. We won’t call anyone out, but if you are adding a hashtag sign to the front of your brand name, or tagline, and expecting that to be enough to inspire viewers to talk about you, you are mistaken. 2015 wasn’t much better. The big game marketing might have contained plenty of trends, but one Salesforce exec tracked the commercials and called the lack of call-to-action used “marketing malpractice.” According to his calculations, 51% of advertisers ran ads without asking viewers to do anything to engage afterward, and the average hashtag (which he calls “lazy marketing”) was on screen for less than one second. Only one second! That’s not enough time for any viewer to retain information, never mind be inspired to pull up their social account and join in a conversation. Only three ads kept their hashtags on screen the entire commercial. As we wrote last year, throwing a “#” in front of a slogan is fine in theory, but isn’t likely to inspire involvement, which means less buzz, consumer interaction, and fewer opportunities for young consumers to actually remember the campaign—and flashing that lazy hashtag on screen for only a brief amount of time is even more of a mistake.

Because this generation is more likely to engage with organic hashtags than branded ones, it’s important for social media users to play along with established and developing trends rather than constantly pitch their own agenda. Participating in an organic trend can help to make brands like these feel more like people and less like corporations. But while it’s certainly preferable to adding a hashtag to an obscure slogan or your own brand name, there are pitfalls to avoid here as well. One big one: the unoriginal tweet. Adweek recently called out a slew of brands for using “the same tired joke” in response to the hashtag trend #5WordDealBreaker. Unsurprisingly, each one used the hashtag to promote themselves, tweeting out that eating the last of their product or not liking their product was the deal breaker. Adweek called the unoriginal tweets the real deal breakers, and suggested that, “The social media elites at some of the nation’s biggest brands are either out of ideas or just phoning it in today.” Unoriginal tweets are another form of laziness—if everyone else is saying it, you should probable figure out a fresher approach. 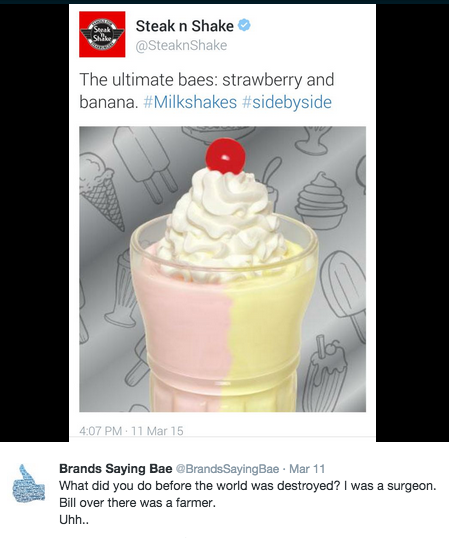 Early this year, the Twitter feed Brands Saying Bae went viral for calling out companies that try too hard to use youthful slang in their social marketing efforts. Offenders include IHOP telling followers their pancakes are “on fleek,” Taco Bell’s executive mistakingly saying “on cleek” instead of “on fleek,” and of course, Jimmy John’s calling everyone “bae.” Oh, brands. Understanding what Millennials and teens are saying is important, but that doesn’t mean every brand should try to mimic their lingo—especially if there’s a risk you’ll get it wrong. Burt’s Bees recently sent out a tweet playing off the popular hashtag, saying “#BAE Balms Are Everything“—which is not what bae means, and to some took “something sweet, and made it soulless.” When we tell brands how to hashtag right, we suggest playing along with trending hashtags, but that does not mean deliberately misusing one. Certain brands can pull off using slang—Denny’s has in the past done it well, because it fits the personality that the brand has created for themselves online. But if you aren’t already a part of their conversations, trying to fit in by using their language just comes off as a bit sad, and there are better ways of getting their attention than ending up on Brands saying Bae for trying and failing to sound “hip” and “with it.”