Things You Should Know: Insta-Slang 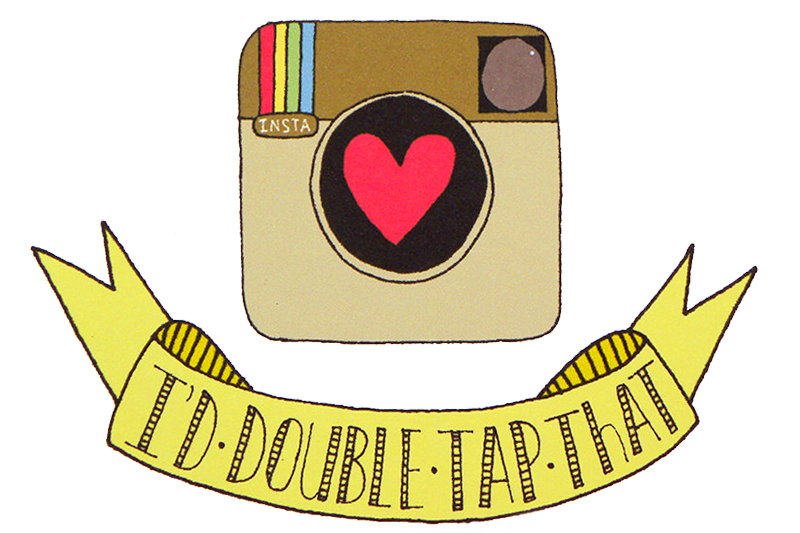 It might be true that some of the brands succeeding in speaking to Millennials, like Denny’s for instance, are doing so by speaking their language. But trying to adopt Millennial-speak can be a risky venture; one second too late and you can end up sounding like you’re actually more out of touch. (YOLO, anyone?) The real trick is to have grasp of current memes and social media lingo so natural that it doesn’t come across as an imitation. Another catch? You can’t just know how they talk; you also have to know how they talk online. Online slang multiplies daily, introducing new phrases, acronyms, abbreviations, and leetspeak that use less characters than before to convey even more textual emotion. Even the FBI has to keep up: their glossary of Twitter slang currently measures 2800 entries long. New slang is a way for teens to take control of their communication, and get across ideas in ways that haven’t been done before. It can start online movements (#tbt) and encourage new interactions between users. Being a part of that conversation in an authentic way might be tricky, but it’s also a great way to engage the generation if it’s done right. We understand that trying to keep up with current slang can feel like a losing race, so we’re here to help. In a continuation of our Snapshot Marketing series, we’re giving you an Instagram language tutorial to keep you up-to-date on the slang, abbreviations and trends you should know: 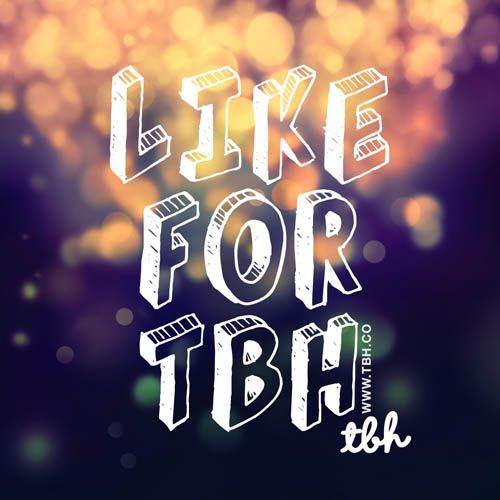 TBH \ to be honest

Stalk the Instagram feed of any young person in their tween or teen years and you may find a request for #tbhrate #likefortbh #likeforrate or any combination involving such. Younger crowds have taken to the social network as a barometer of their social standing, depending on how many followers and likes they receive, and are proudly spamming their posts with hashtags in order to garner honest opinions from friends and strangers. What better way to find out if others think you’re attractive than to simply ask? Most tbh posts lean towards positive compliments that are used to flirt with each other. Example: 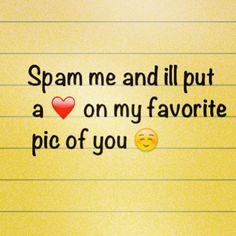 Oftentimes, commenters don’t know each other and will be sure to point out “Idk you but…” to preface that what they reveal is more honest and forward coming from a stranger. But in truth, young users don’t see people on Instagram as strangers. They feel free to comment on, like, and rate images of people they don’t know in real life since, first, flirting online is easier for young Millennials, and second, scrolling through someone’s photos and captions can feel like getting to know their personality. Encouraging tbh posts opens the door for new followers, #likesforlikes, and honest opinions about themselves that would not be shared so easily, or widespread, offline.

Takeaway: A tbh brand campaign could open up the conversation for honest feedback from young users. If implemented in a flirtatious manner, followers would have more fun with their posts and might play along with the brand while still providing real opinions. Make sure to offer something in return for tbh comments since comment and like protocol among teens is almost always blank for blank. 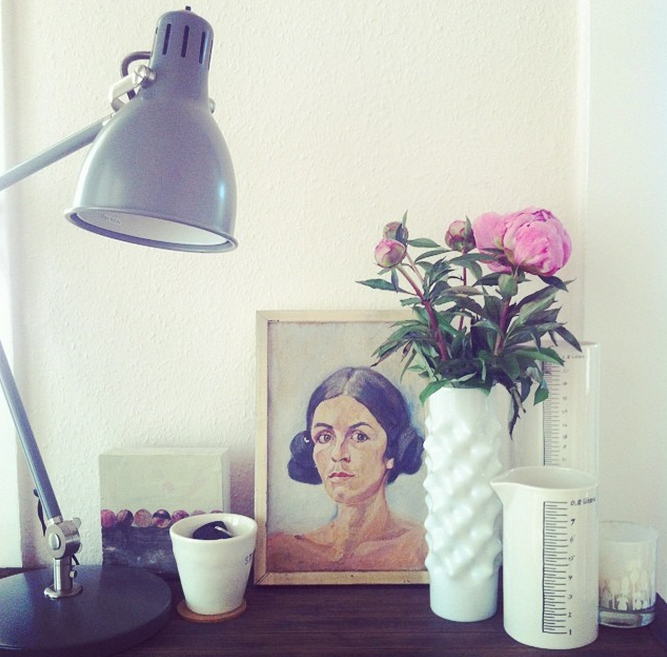 Most selfies don’t just happen at the press of the camera shutter. Lighting, hair prep, outfit smoothing, background alignment, and head tilt posing are all a part of the process, as is taking more than one snap to capture the perfect, Like-worthy mugshot. Foodstagrams have become as much a staple to Instagram as selfies, so it’s no wonder that ideas from the two have merged into the shelfie: a carefully curated photo of things organized on a surface that best represent a person’s personal space, design aesthetic, or current location. Early last month, over 40,000 #shelfies were uploaded in one week, used as a new way to document their surroundings and show off their personal interests. Example:

A color-organized bookcase of favorite novels
An industrial shelving unit filled with art, artifacts, and treasures from world travels
A minimalist table setting with hand-pressed tea and niche-interest magazines covers

Shelfies take the careful placement of foodstagram photos and apply it to whatever else can be set on a surface and artfully rearranged. Often, these photos are passed off as a snapshot of natural settings, but some have admitted to working on the placement of their shelfies until they are just right or standing on furniture around the room in order to get the best angle. People are using shelfies as their own personal advertisements and still-life photo shoots, taking what they see from professional photography and applying it to their surroundings.

Takeaway: More than ever, Millennials want to live their lives in a perpetual photo shoot and produce highly artistic images much like those traditional to advertisements and magazines. Encouraging a shelfie photo challenge for home décor, personal beauty products, what their lap or desk looks like when watching TV shows or online series, and so forth would forward shelfie sharing and provide a window into what products or set-ups Millennials are using. 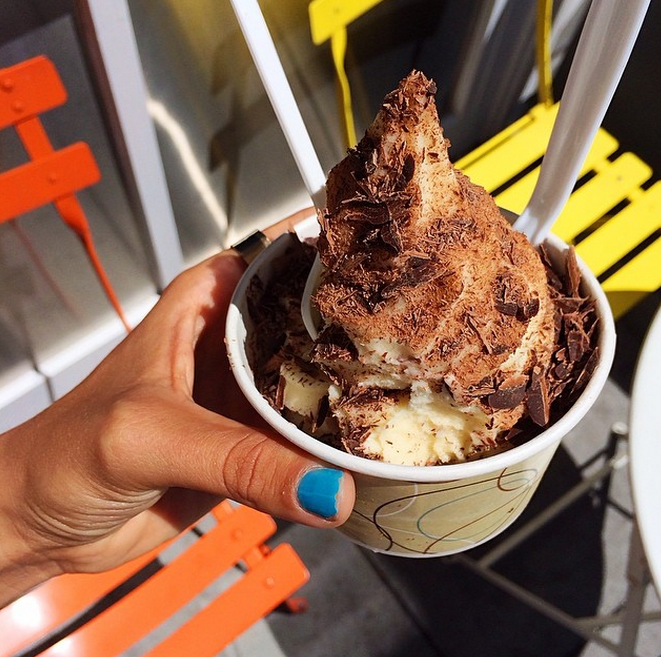 The anonymous Instagram account You Did Not Eat That gained major exposure late last month for its cheeky call-out of model-esque fashion bloggers posing with food that looks more like a prop and less like an actual afternoon snack. The account went from a few thousand followers to over 100K in the course of a month, and routinely tags the fashion bloggers in question along with the hashtag #youdidnoteatthat. While many hail the account for its hilarious and no holds barred assumptions, some have taken to the comment section to denounce it for “skinny shaming” and others are turning the hashtag around by confirming yes, I did eat that. Example: 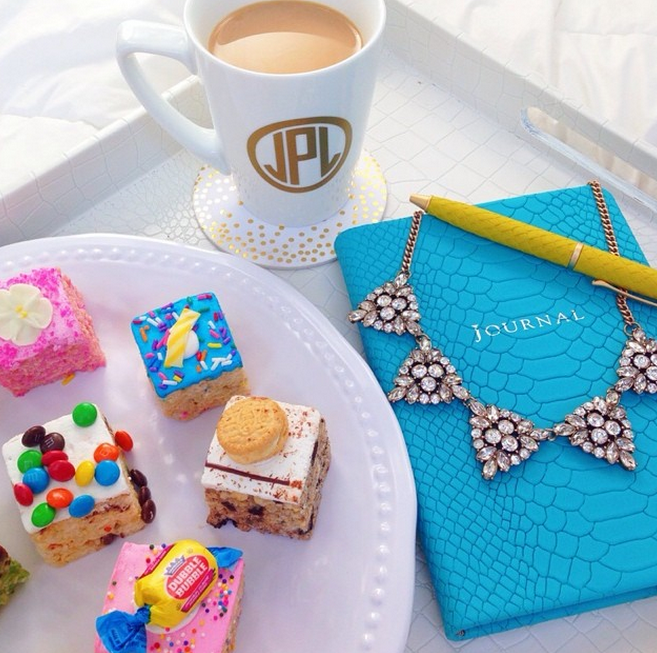 Jennifer Palpallatoc of Haute Off the Rack
@hauteofftherack: Special delivery from Amsterdam for breakfast… Why not!!! Thank you @Trollbeadsusa! This was literally the “sweetest” surprise and I do mean SWEET!!! #breakfastofchampions #yesidideatthat! #morninglight #bestwaytostarttheday

Aside from the hashtags, bloggers are also utilizing these phrases within their photo captions. Specifically saying “I did eat that” prevents doubters from tagging @youdidnoteatthat and becoming the poster child for lying about indulging in sweets. To some, Instagram is building a fake veneer by way of photo filters and staged set-ups, and becoming less authentic in the process. Hashtags like these aim to keep it real and verify that what is being posted is also happening in real life.

Takeaway: Verification is a hot topic on social media, where little blue check marks on Twitter are all that exists between a real and fake account. Literally spelling out that what you did is for real, with as much deadpan delivery as a text phrase can muster, will give followers a laugh and quell their subconscious skepticism. Hopping on Instagram trends during their rise also shows fans that a brand is in on the joke, making it more fun to interact with the social media strategist behind the screen.

In the digital era, most everything online is recorded somewhere, but conversations in real life are still ephemeral. Before we start wondering what exactly people used to do when someone said something hilarious or profound in real life, we can look to Twitter for real life re-tweets: when something said in face-to-face conversation is repeated on Twitter. Many popular social media accounts have sprung from this idea. The blog Humans of New York interviews people on the street and posts their most interesting quotes, while other Twitter accounts recount what is overheard in various cities or on college campuses. RLRT is a way to do this in a more casual, everyday sense and to recall inside jokes made between friends. Example:

Takeaway: Twitter is undoubtedly a place for witty one-liners and the excessive retweets of those one-liners, so sometimes what is said in real life conversation deserves its own repeat as well. Making note of what is said surrounding a product, at a launch party, company retreat, or even in the media are all ways to provide unfiltered reactions and funny musings to an audience.