Things You Should Know: The 5 Most Viral Millennial Vine Stars 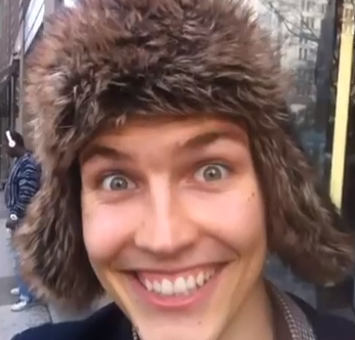 Vine debuted in late January of this year and has since become a Millennial lifeline for video content, usurping other social media platforms with just six second clips and a user base that was primed for social media fame. The wonder of Vine is in its simplicity. You would think that virtually nothing can be done in six seconds, but those that have found legitimate fame on the platform manage to tell stories that engage viewers and make them laugh over and over again thanks to the looped play built into the app. Take the recent fame of Terio for instance, a 6-year-old kid whose dance moves were filmed on Vine by his cousin. Terio’s cameo has created it’s own slang—“Ohhh kill em’”—and introduced him to famous sports figures who are now copying his dance moves. The power of Vine is huge and has won over Millennial viewers who crave bite-sized content that can make them laugh. An overwhelming majority of the top Viners are Millennials who love to perform, and have taken advantage of the app in the several short months since it’s release to entertain the masses and create a name for themselves.

Brittany Furlan has become the undisputed “Queen of Vine.” As an early adopter of the platform, she began making videos on a whim, as she says: “Honestly, I was just bored and it seemed like fun.” Fast forward not even a year and she is sitting pretty at the top of the Vine rankings, currently with 3,465,587 followers, sometimes gaining over 20,000 followers in one day. Her schtick revolves around a variety of personas, like “red neck beekeeper,” and series of Vines like “Goodwill’s Where the Party’s At” where she twerks in the middle of the store. Furlan engages her Millennial fans by continuing to post videos day in and day out. Basically, the Queen of Vine has created a six-second show that viewers can tune into every day to keep up with their favorite obnoxious characters and running gags.

Introduced to the platform by his friend Brittany Furlan, Andrew Bachelor has become the King to her Queen on Vine as KingBach. The 25-year-old comedian joined Vine last spring, and has amassed 3,456,056 followers to date. Combining his quick wit and incredible comedic timing, Bachelor made it a point to study the platform before delving into it, zooming in on what made Vines popular with users and how to spin the comedy or filming trends in his own unique way. Now that Bachelor has mastered the app, he uses it as a business, working full-time to produce content with his buddies and charging a pretty penny for collaborations. He recently teamed up with BET for a sketch artist show and is now branching out for acting gigs to make a memorable impact outside of Vine.

First, there is Jerome Jarre’s strong French accent. Combine this with his overly sunny disposition and penchant for turning awkward moments into comedic gold, and you have our next Vine sensation. Randomly high fiving people in the street, filming people as they sleep, and narrating strangers’ movements and eating habits with noises are a part of Jarre’s daily routine, which has attracted 3,261,480 followers and counting. Jarre sometimes teams up with Nicholas Megalis, number five on this list, to create Vines together, a trend that is widespread among top Viners to build exposure and jumpstart new sketch ideas. Though Jarre’s popularity has grown because of his silly antics, he has recently created another account called HUMANS and is digging into the deeper aspects of what six-second clips can reveal. With HUMANS, he asks random people “What is the most important message you would like to share with the world right now?” and posts their remarkably poignant and meaningful answers as a snapshot into the mindset and motivation of strangers. Jarre’s ability to capture both comedy and drama from the platform is a sign of great things to come.

Cody Johns first heard about Vine from friends and immediately knew that his brother Marcus was a perfect fit for the platform. Cody describes Marcus as that “funny, goofy mix of a kid,” and we can see why this platform seems like it was made for him. Dreaming big, Marcus saw the potential in Vine and worked hard in the beginning to create a name for himself. When he began popping up on the popular pages, it stirred his motivation to create supremely funny sketch content. His hard work has paid off, and he ranks as a top five Viner with 3,225,574 followers to date. Johns still spends a considerable amount of time on certain Vines, sometimes hours, to perfect the skit and timing, but has found a rhythm with the app, churning out content that he hopes will propel his career in comedy and acting.

Nicholas Megalis describes himself as a “Musician/Artist/Idiot” which proves to be an accurate bi-line when we view his Vines. Megalis posts musical hooks that are catchy, weird, entertaining, and most importantly, original. His “Gummy Money” Vine exploded his following, which is now 3,174,586 strong, and since March the Brooklyn-based singer-songwriter has continued with his song jingle trend, entertaining Vine followers to no end as the hooks play on repeat. His popularity on the platform has allowed him to start capitalizing on the fame, teaming up with MTV to produce an actual single in preparation for an album release. Like other Vine stars, he only takes on outside projects that allow him artistic freedom. Described as “quite happy to be as ridiculous as possible,” his Millennial fans are just as happy to see what this goofy guy produces next.