When It Comes To Serious Topics: How To Get Inside A Milennial’s Head 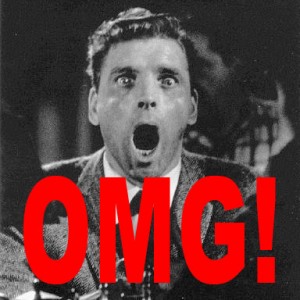 Every Peerent’s nightmare – sitting their Millennial down to talk about ‘serious topics’. When attempting to reach this always connected, know it all generation – especially as a brand or authority, there’s a few time-and-again proven ways to go about it.

Catch their attention with shock value.

Millennials have ten thousand things pulling their focus in opposite directions, all at the same time, so when and if you can catch their attention, it would be a shame to miss the window of opportunity. Public Service Announcements (PSAs) and advocacy groups have been using the shock value of gruesome, attention-grabbing clips to force Millennials to realize the reality of the subject for years – and it still works.

PSFK recently showcased a new PSA by charity, End7, that generates awareness about topical diseases. The PSA showed celebrities reacting to videos of those effected by tropical diseases. Afterwards, the PSA ad showed the audience what each celebrity watched. This PSA gained much attention by forcing those who would usually ignore these topics to face their reality.

One PSA I know I’ll never forget (as I’d bet most others in my generation won’t either) was when Rachael Leigh Cook showed us our brain, then showed us our brain on drugs using a frying pan and an egg as an analogy. She then went on to smash the whole kitchen to show viewers how drugs affect every aspect of life.  Even though this aired in 1998, this was the first PSA that came to mind when I started to think about this form of advertising.

Shock value PSAs are proving are highly mobile, even across borders. Even though these three were meant for UK audiences, the following ads were so effective that they stormed newsfeeds here in the U.S. as well – with American Millennials posting and sharing with their friends, hoping they’d get the message. The first is a longer, reality show style shot of three friends in the car wherein the driver just won’t put down her phone. The second, made by European automobile maker Volkswagen, uses a top UK makeup blogger to get the point across that texting is not the only dangerous distraction to driving. The third, is made by a consumer contest winner and narrated by a Millennial who regrets not listening to her parents’ warnings.

I would bet you have heard someone (probably a Millennial) make a joke about something then say “no, seriously” and suddenly it’s a serious conversation.  In similar fashion to how shock value works, humor also catches Millennials’ attention. As MTV’s Nick Shore has said, “Smart and funny is the new Rock and Roll.” When it comes to serious topics, humor can soften the blow of a harsh subject without losing the meaning behind the message.

Ad Council does a great job of maintaining the message while making a joke in their PSAs. A message to raise awareness around digital dating violence features a giant pink cellphone that stalks a girl shouting text messages at her throughout the day. The “When does caring become controlling?” video emphasizes a too-true reality to many young daters.  Another video by the Ad Council features a couple that discover obese body parts throughout the grocery store. The man in the video goes on to assume that others are “losing their double chin by taking small steps like snacking on fruits and veggies to help rid obesity.”

Humor and Shock Value are also happen to be two top contributors to making a video go viral. Both give a video that “have you seen that … video!?” appeal. And, while reaching and catching the attention of Millennials on an individual basis is great – getting them to spread and share your message to their network of friends is the key to success.

Lastly, sometimes when you’re reaching out to the Millennial generation, authorities need to be reminded to not take themselves too seriously. In today’s American culture, if you can’t laugh at yourself, you’re going to be labeled as stuffy and unreachable, which is not appealing to the authentic-seeking Millennial. If you’re not getting mocked by John Stewart, The Simpsons, or Family Guy, Millennials likely don’t even know you exist.

Nicole has honed her research skills and mastered online focus group moderation through managing panels for clients such as MTV and Vh1. Being a Jersey Italian transplanted into Manhattan, Nicole has a strong voice that resonates well with Millennials. Her insights into the generation stem from being a quintessential Millennial herself, and as they say, “It takes one to know one!” She is on top of what’s hot with today’s youth and is always looking for what’s next. Before joining the Ypulse Research team, Nicole studied marketing at St. John’s University and got her foot in the door of market research as an intern here at Ypulse.